CAN WE MAKE THESE 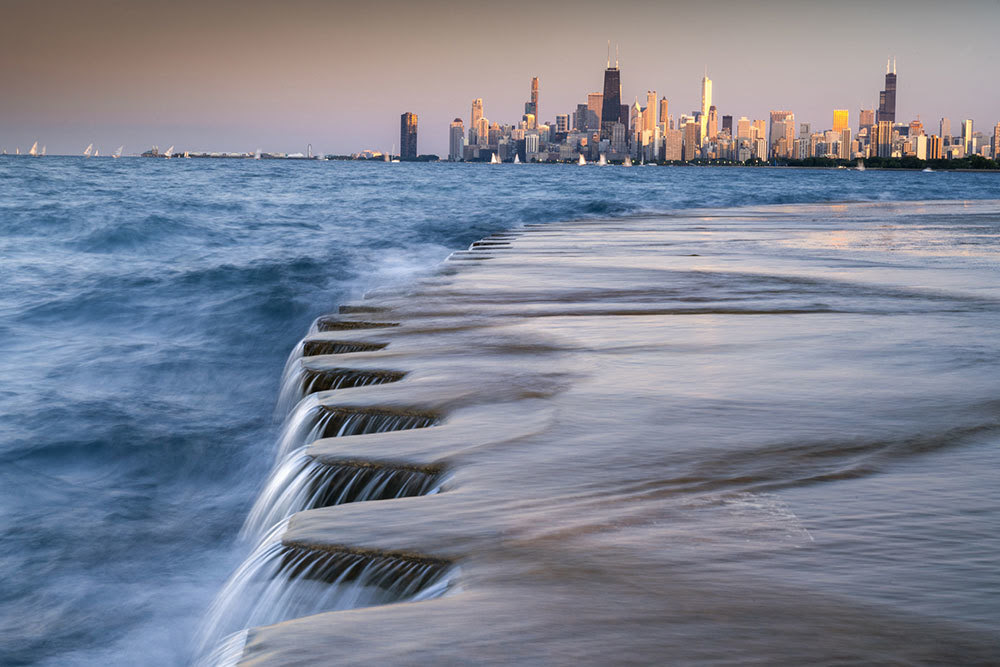 In the 60s and 70s, when I was growing up, phosphate in detergents was one of our biggest environmental concerns, because it contaminated the Great Lakes. Rivers in Cleveland or Detroit still caught fire then. It was a simpler time.

Environmental problems seemed relatively contained, manageable. It seemed that by taking phosphate out of detergent and other pollutants out of a few rivers, we could make the Great Lakes great again. I should say “whole” again, because of course the lakes had never stopped being great. They hold almost 85 percent of North America’s fresh surface water and a fifth of the world’s. Their coastline is longer than the East and West coasts combined.

They’re as huge and as seemingly immutable a part of our geography and collective imagination as the Rocky Mountains—but while the Rockies are tens of millions of years old, the lakes were gouged out of bedrock by retreating glaciers only some 10,000 years ago. In their present form, they’re younger than the Egyptian pyramids, Tim Folger writes in this month’s cover story. From the shore, they may look big as oceans, but “they’re immature, more susceptible to threats.”

These days the threats are more global and daunting than in the good old days of burning rivers. They come from climate change, which is warming the lakes, diminishing their winter ice cover, and decimating the tiny plankton at the base of the food web. More than 180 invasive species, like zebra mussels and sea lampreys, have disrupted the food web from top to bottom. (Pictured above, floodwater from Lake Michigan pours over a walkway in Chicago in 2019; extreme weather caused the lake to rise two feet.) 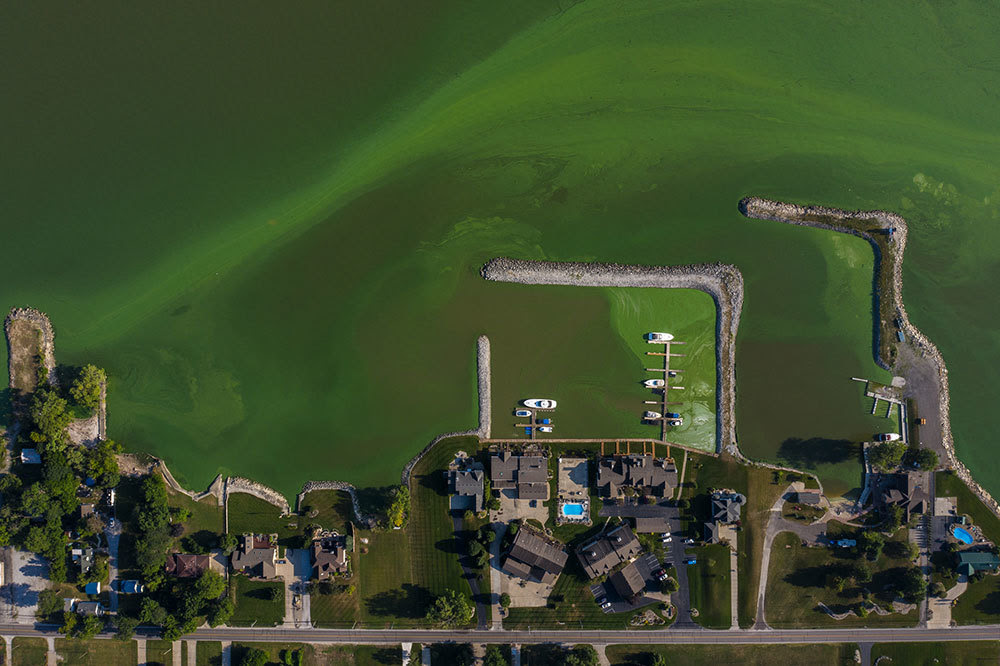 For a while in the 90s, the lakes were blessedly free of the algae blooms that clog them when too many nutrients wash into the water. After the Clean Water Act of 1972, we built sewage treatment plants and removed phosphate from laundry detergent. But in the past two decades the blooms have returned, more toxic than ever, especially in Lake Erie (pictured above, in 2019). Now the phosphorus is washing off over-fertilized corn fields. Sadly, the problem seems to be aggravated by no-till agriculture—an eco-friendly practice designed to prevent soil erosion—as well as by the extreme rains that climate change is bringing.

These days, old industrial cities like Duluth or Buffalo are mentioned as places that might be reborn as havens for climate change refugees from places like Alabama, where I live now. The water in the Great Lakes, Folger tells us, may come to seem a far more valuable asset to this country—as droughts increase—than all our coal, oil, and natural gas. The Great Lakes will never stop being great. But once again it’s time to stop taking them for granted.

Why Moderna may have an edge: The second COVID-19 vaccine candidate with stunning early success rates does not have to be refrigerated at an ultra-cold temperature, as does the Pfizer candidate. Moderna says its vaccine can be stored at 2 to 8 degrees Celsius (36 to 46 degrees Fahrenheit) for 30 days. That’s the temperature found in a normal refrigerator or in a cooler filled with ice. This more common temperature range would allow for easier vaccine storage in rural areas and low-income countries, Sarah Elizabeth Richards reports for Nat Geo. This morning, Pfizer said it would apply for emergency FDA approval after tests showed its vaccine was 95 percent effective and had no serious side effects. Here’s a snapshot of vaccines in development.

Did these dinos die in combat? A fossil of a tyrannosaur alongside the bones of a plant-eating Triceratops may provide new clues to paleontologists. The exquisitely preserved fossil, found in Montana in 2006, has been acquired by a North Carolina museum after more than a decade of human scuffles related to private ownership and legal disputes. “Each specimen is among the best of its kind ever found,” Nat Geo’s Michael Greshko reports.

Ending a cancer: The lives of five million women could be saved by 2050 if the world joins forces to wipe out cervical cancer. In a first, 194 countries pledged to introduce measures that would see the number of new cases of the disease fall by 40 percent through vaccination, screening, and treatment. “We now have the cost-effective, evidence-based tools to make that dream a reality,” says Tedros Adhanom Ghebreyesus, the WHO director-general. Without additional measures against HPV, responsible for 99 percent of cases, deaths could rise to 400,000 a year by 2030, The Telegraph reports.

Fighting a public health threat: The American Medical Association has declared racism a public health threat and has pledged to take action to confront systemic racism, racial injustice, and police brutality. “A proactive approach to prevent, or identify and eliminate, racism is crucial,” the AMA declared, “particularly considering that studies show historically marginalized populations in the U.S. have shorter lifespans, greater physical and mental illness burden, earlier onset and aggressive progression of disease, higher maternal and infant mortality, and less access to health care.” The action comes as the COVID-19 pandemic has disproportionately stricken African Americans and Latinos in the U.S. 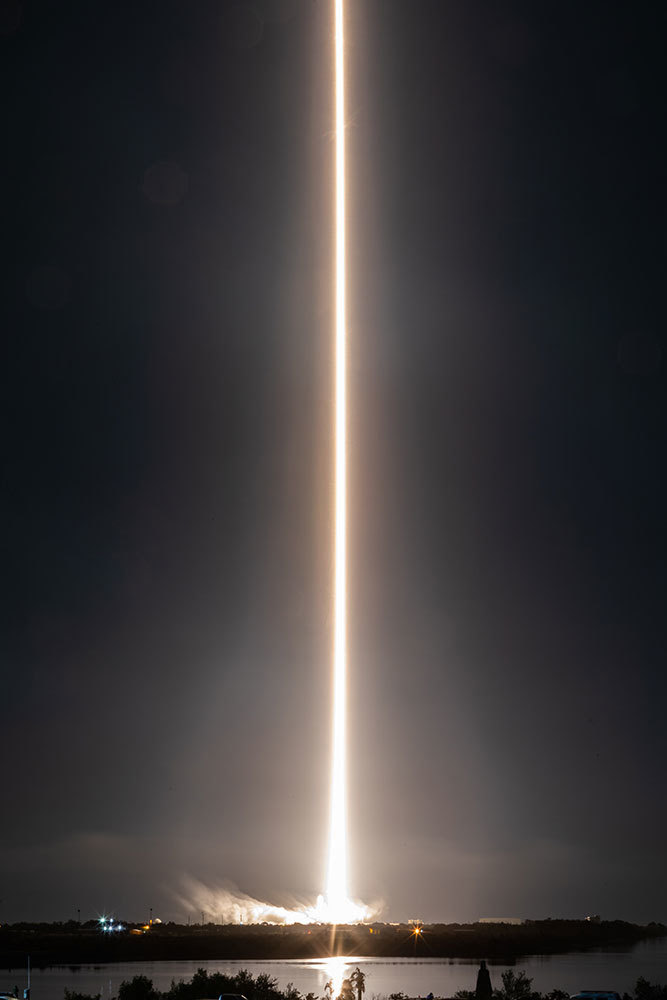 Not a Star Wars light saber: This stunning image captures the trail of light left by a SpaceX rocket when it launched Sunday evening from NASA’s Kennedy Space Center. The launch to the International Space Station, following a test mission in May, represents the first operational spaceflight in nine years from American soil. This image had a remarkable 163,000 likes from our @natgeointhefield Instagram page, which has a tiny fraction of the 146 million followers of our main @natgeo Instagram page. 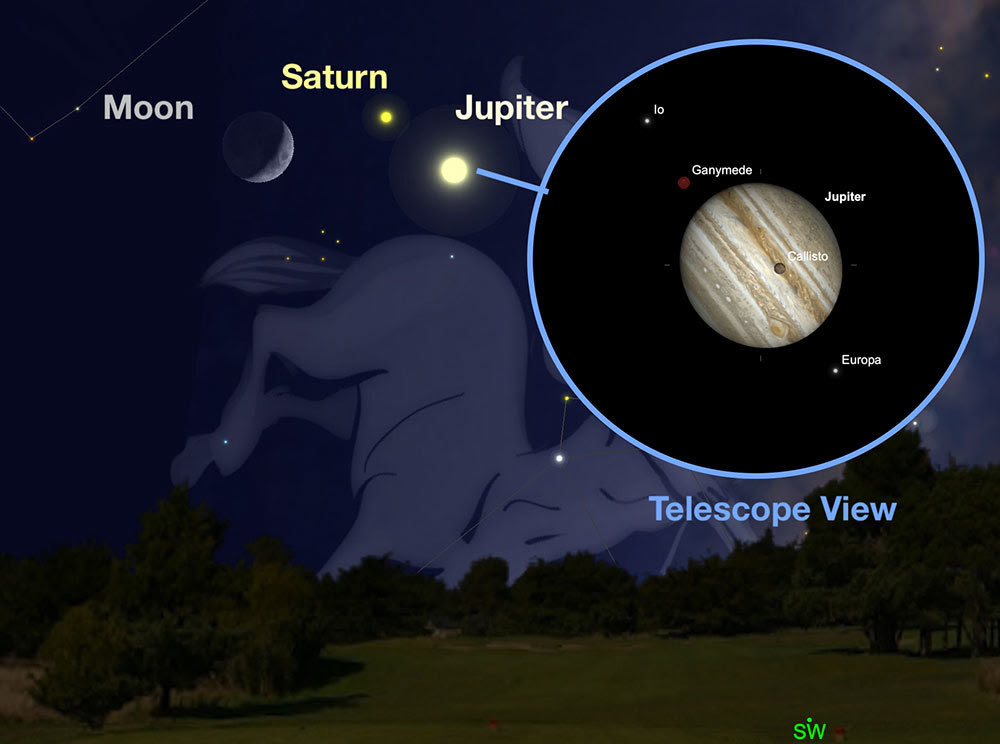 Jupiter’s moons play peek-a-boo: After darkness tomorrow evening, look for the crescent moon in a triangular formation with the two largest planets in our solar system, Jupiter and Saturn. As an observing challenge, small telescopes pointed at Jupiter after sunset can reveal one of its moons, Callisto, gliding in front of the planet’s disk, while the neighboring moon Ganymede will peek out from behind Jupiter’s shadow on its eastern side at 7:13 p.m. ET. With binoculars, you can also spy two other Jovian moons—icy Europa to the planet’s west and volcanic Io to its east. Meanwhile, early bird sky-watchers will get a chance to see Mercury, which is usually hidden behind the glow of the sunrise or sunset. This week, it has pulled enough away from the sun that it’s more easily visible low in the southeast sky.
— Andrew Fazekas 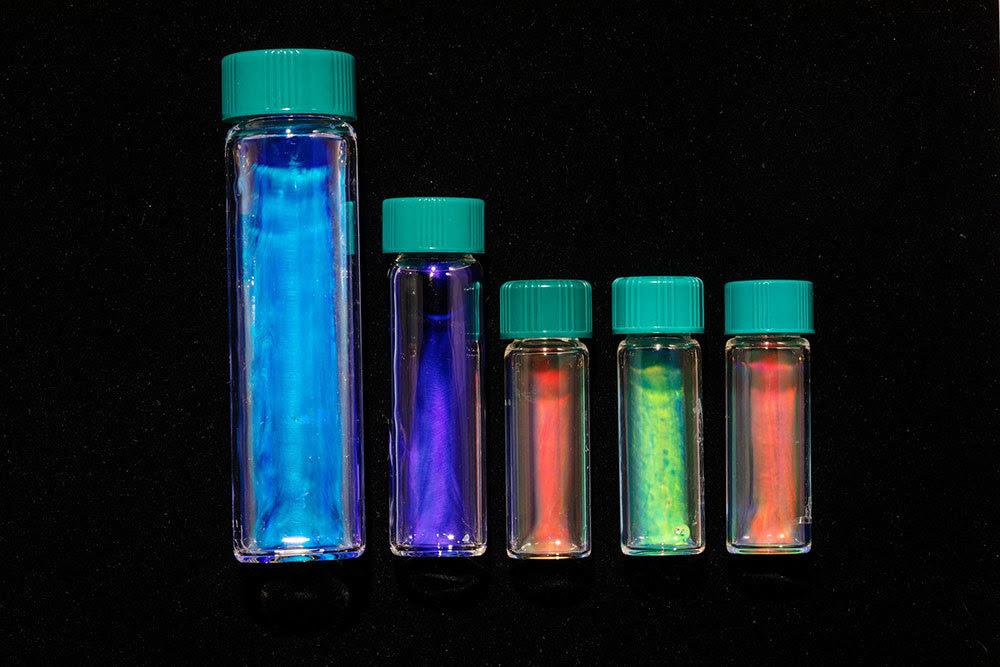 Bluer than blue? How can you make vivid pigments that could be even more striking than those found in nature? That’s what scientists are doing by “controlling light”—altering the arrangement of molecules to reflect only a specific wavelength of light. By layering together polymers, as pictured above, scientists were able to produce the kinds of iridescent rainbow effects that occur naturally in opal gemstones, Sarah Gibbens and Rebecca Hale show in the latest National Geographic magazine. 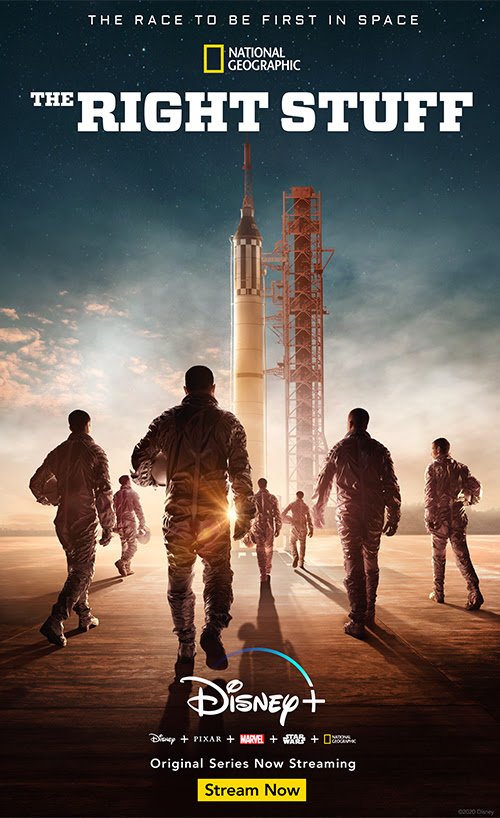 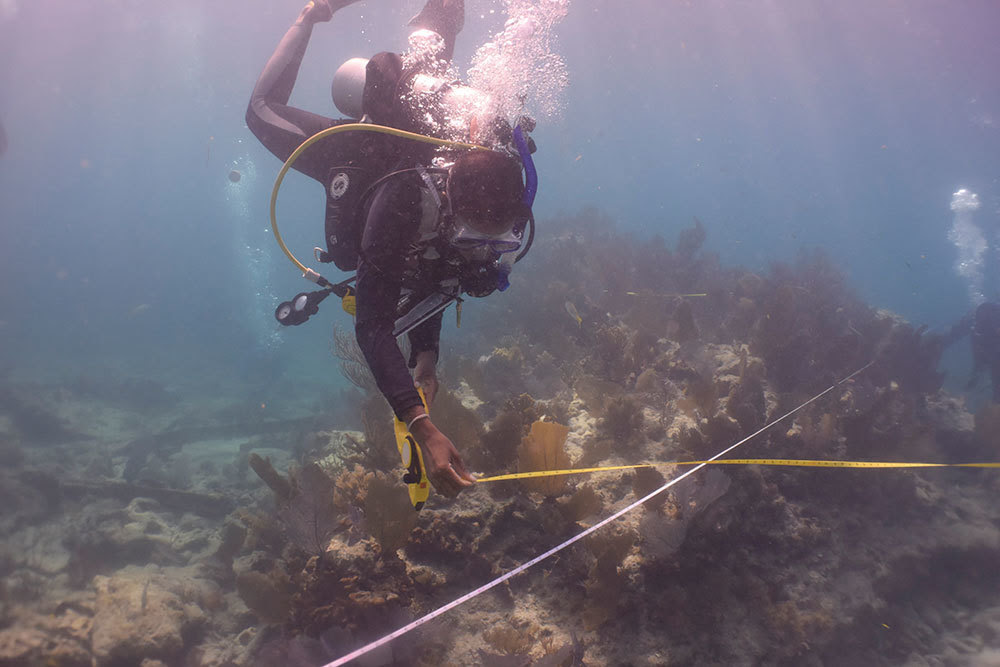 Diving with a purpose: “When you dive,” Tara Roberts says, “it’s a completely different world.” Between 500 and 1,000 of the estimated 35,000 voyages that carried 12.5 millions Africans to the Americas wrecked—and only a handful of those shipwrecks have been discovered, the Nat Geo Explorer says on the latest episode of our podcast, Overheard. Roberts has been diving not only to find submerged history, but also to better explain the forced movement of enslaved people that led to modern economies and nation-building. “I am going to go out and find my own history”—and to shape the story she finds, Roberts tells Nat Geo’s Amy Briggs. “Slavery is not the start of our story, but according to the history books, it is.” (Pictured above, Roberts examining part of a wreck in the Florida Keys).

I cannot endure to waste anything so precious as autumnal sunshine by staying in the house.
Nathaniel Hawthorne 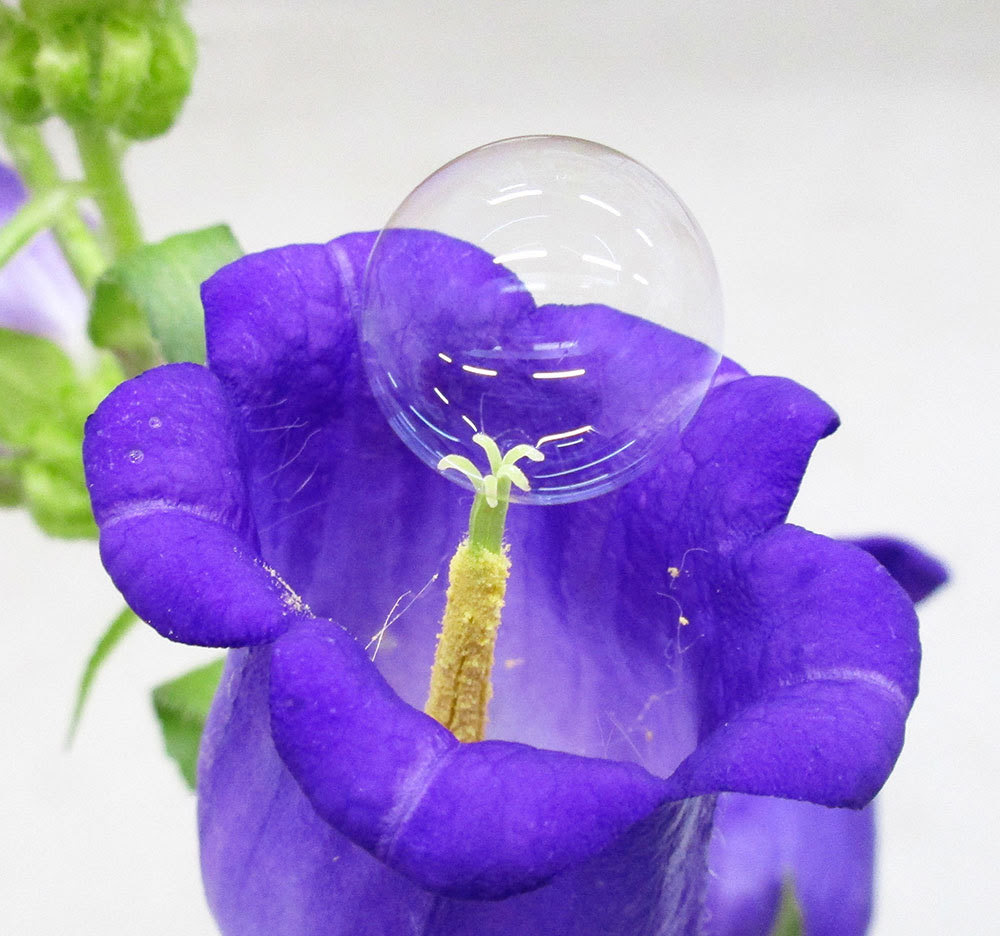 Pollen special delivery: How do you to pollinate plants if there aren’t enough insects to do the job? In the image above, this plant is being pollinated by a soap bubble that carries pollen. How exactly? Through a drone with sprayers that release the bubbles onto plants, Jordan Salama reports for National Geographic magazine. That’s just one of several scientific breakthroughs we highlight this month.

What is Good News For Parker Wallace?
Next Post: Rage Narcissism, Patriarchy, and the Culture of Terrorism