Soldier Seeks to Save Dog Who Uplifts Entire Base

You are here: Home / All We Need Is Love / Pets and Animals / Soldier Seeks to Save Dog Who Uplifts Entire Base 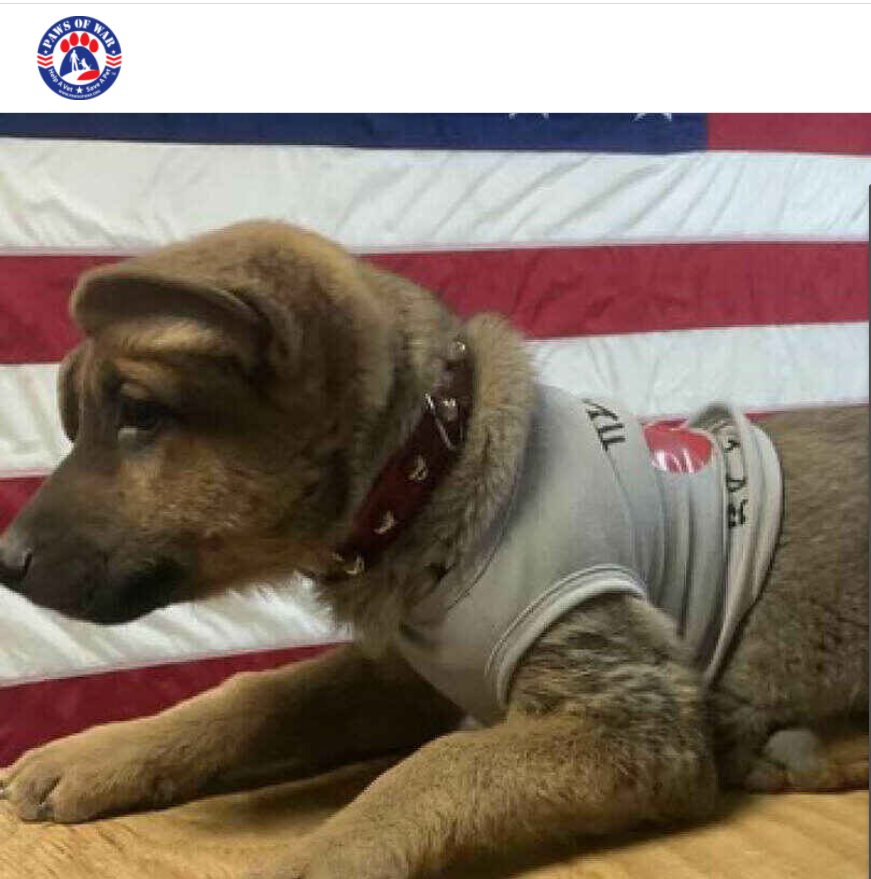 NESCONSET, New York – (April 20, 2021) – U.S. soldiers stationed in the Middle East will be making their way back to America. In doing so, some may be forced with the decision to leave behind their rescued pet, or find a way to get help getting it to safety in the States. For Army Sergeant Vont, the thought of leaving his rescued puppy Tyson behind is unacceptable, leaving him desperate for a way to help save his furry family member.

“This is a great story of how a dog has helped a whole base of people. There’s just no way he can be left behind when they all come home,” explains Dereck Cartright, a disabled veteran who is the stateside logistics coordinator at Paws of War. “We will do everything we can to help bring Tyson home to live out his life, but we need the help of the public to make it happen.”

When Sgt. Vont came across a puppy along the side of the road that was emaciated and abandoned, he knew he had to take action. He brought the puppy back to safety, named him Tyson, and then watched the way his health improved, and how happy he made everyone around him. 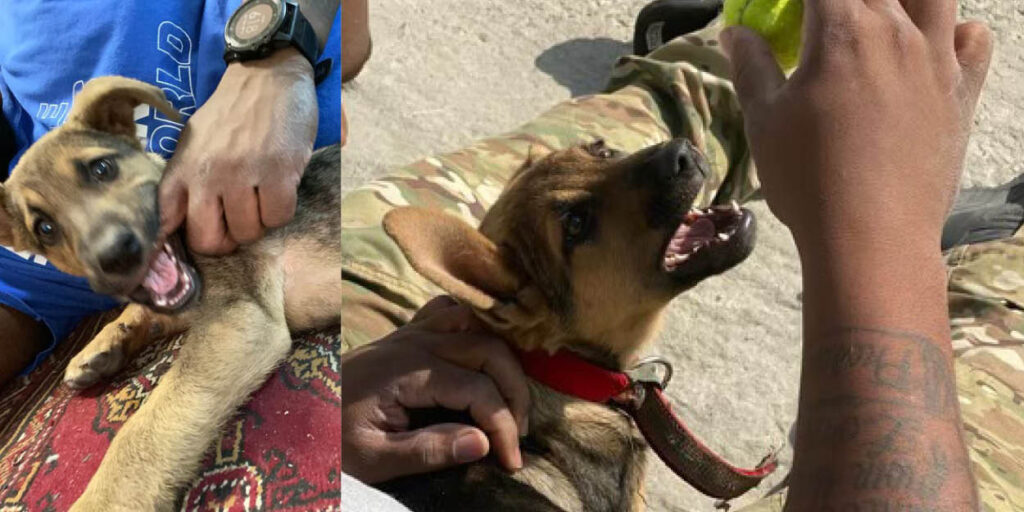 Tyson’s days were spent playing with all the soldiers, who would look forward to their time with him. As they would come and go, they would share stories of their time spent with the growing pup. He uplifted the spirits of everyone that played with him or watched him run around, but his favorite person was Sgt. Vont. When he was around, he always followed him wherever he went. The feelings and admiration were mutual, and the bonds continued to grow.

Now that some soldiers are heading home from the Middle East, Vont has turned to Paws of War to try to get assistance in bringing Tyson back home to the U.S. Once successful, this will give him a chance to live out his life with Sgt. Vont and his family. The alternative would be to leave him behind in the Middle East, which would end up being a death sentence in such a place because the terrain is harsh and the country doesn’t have the love for dogs that Americans do.

“Tyson has become family to me, and I can’t bear the thought of leaving him behind in where I know he will suffer,” explains Sgt. Vont. “I appreciate any and all effort and support to help make it possible to bring him home with me. It will be a dream come true, really.”

Paws of War has a great reputation of helping soldiers bring their pets back from overseas. It’s a mission that is costly and takes jumping through numerous hoops, but Paws of War has done it enough times that it is able to navigate the procedure and successfully relocate the pet. The organization has a strong network of support that helps it to navigate through the challenges and logistics of relocating a pet overseas, and to pay for the care, paperwork, and flight that is involved in the mission.

To make a donation to support the effort or learn more about Sgt. Vont and Tyson, visit the website at: https://pawsofwar.networkforgood.com/projects/128766-help-save-tyson.

Paws of War runs several core programs serving veterans and first responders. The War Tor Pups program helps soldiers who have rescued a dog or cat overseas, bring them to safety where they are companion animals for the soldier. Paws of War also provides service dog training, free veterinary care, a companion animal adoption program for veterans and first responders, and an outreach program for homebound disabled veterans. Those who would like to learn more about supporting Paws of War and its mission can go online to: http://pawsofwar.org.

About Paws of War

Paws of War is a nonprofit 501(c)(3) charitable organization that provides assistance and a wide range of programs to active, retired and disabled military members. To learn more about Paws of War and the programs provided or to make a donation, visit its site at: http://pawsofwar.org.