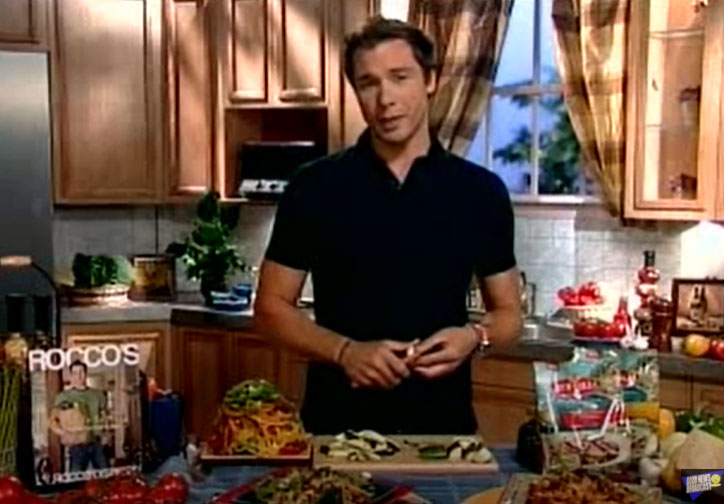 When you want to show your sweetie a romantic evening, do you usually dine-in or hit the town? You might be surprised that despite restaurants seemingly growing in popularity, a recent study by The National Restaurant Association says Americans eat 76-percent of their meals at home. Moreover, eating at home enables us to eat more healthful…one of the newest and most popular diets being Mediterranean.

Mediterranean cuisine is quickly emerging as one of the most popular cuisines in recent history. Characterized by its use of fresh vegetables, lean meats and legumes, the healthy backbone of this cooking style makes it more desirable to learn.

Celebrity Chef, Rocco DiSpirito, known for his approach to flavor and do-it-yourself dining, joins us to show us how easy it is to get restaurant style romance and quality without having to make a reservation.

More about Rocco DiSpirito:
Rocco DiSpirito entered the Culinary Institute of America at age 16, and at 18 began working for legendary chefs all over the globe. After graduating cum laude in business from Boston University, he jumped into the New York restaurant scene. In 1995, Rocco opened Dava, earning 2 stars from Ruth Reichl at the New York Times, calling his cooking “carefully considered exotica.” At 31, Rocco opened Union Pacific, which received 3 stars from the New York Times. In 1999, Rocco was named one of Food and Wine magazine’s “Best New Chefs,” and in 2000 was the first chef to become
Gourmet magazine’s “America’s Most Exciting Young Chef.” He has appeared on numerous television shows including, David Letterman, Jay Leno, The Today Show, Oprah, and Top Chef. He also starred in the 2003/2004 hit series, The Restaurant on NBC.

Rocco won the James Beard award for his cookbook Flavor and has since authored 5 Minute Flavor and Rocco’s Italian American with his mother, Nicolina. Rocco is an avid cyclist, recently completing several triathlons and a Half Ironman competition in St. Croix, U.S. Virgin Islands. Rocco lives in New York City with his dog Teesha and his cat Pumpkin.