You are here: Home / All We Need Is Love / Children and Parents / Syrian children brought to Israel for treatment 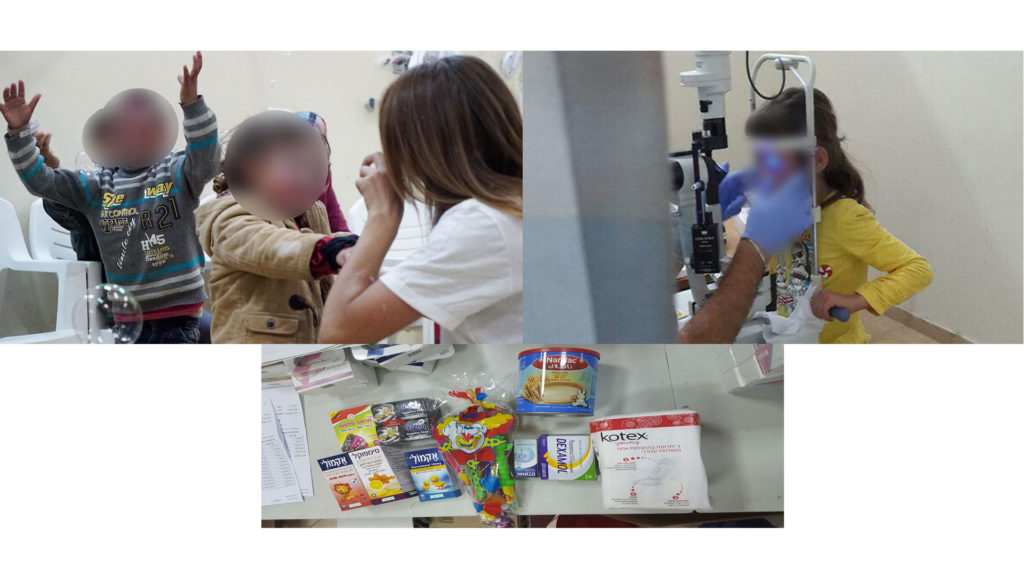 http://www.ynetnews.com/articles/0,7340,L-4857861,00.html
With the ceasefire deal collapsing and the UN’s inability to get aid into Syria, the Amaliah organization is doing all it can to aid Syrians in need; ‘It is difficult to erase decades’ worth of hate, but we have to at least show who we really are. We can be proud that our country does what no other country does.’

The number of wounded who have sought medical treatment in Israel since the Jewish state began accepting wounded Syrians stands at approximately 2,500 people.

In mid-August of this year, a bus from the Jewish-American aid organization Amaliah brought 21 Syrian children and their parents to the Ziv Medical Center in Tzfat. The Syrians are all from the Qunietra region on the other side of the border with Israel. The Western Galilee Medical Center in Nahariya has also been receiving busloads of Syrian children accompanied by their families over the past few weeks.

Syrians don’t independently decide to come to Israel in search of emergency medical assistance – but cases whereby the Jewish-American aid organization Amaliah coordinates with officials in Syrian territory to have children and their families transported from various collection points to be brought directly to hospitals for treatment in Israel.

Moti Kahana, Israeli-American businessman and president of Amaliah, said “These children haven’t even seen a hospital in five years. It’s horrible. The idea of our organization is ultimately to help Syrians on the other side of the border help themselves.”

Previously, Syrian children received aid in Israeli hospitals at the expense of the Israeli taxpayer. This time Amaliah is footing the bill.

“It is difficult to erase decades worth of hate, but we have to at least show who we really are. We can be proud that our country does what no other country does,” said Kahana, who hopes to get Americans and Europeans to donate to the organization.

After hours of treatment, the children and their parents board the bus adorned with a sign in both Hebrew and Arabic bearing the name of the organization, which translates to “Act of God.” The children and their parents go back to Syrian territory with aid packages from the organization containing food, baby formula and more in the hopes that they will survive the bloody conflict raging between the regime and its opponents, a war which seems to have no end in sight.

Amaliah aid packages continued to make their way into Syrian territory throughout the recent Muslim holiday of Eid al-Adha, all while UN humanitarian aid struggled to make its way from Turkey into Syria.

In terms of the organization’s long term goals, aid ventures such as packages and facilitating the entrance of children for medical treatment are just the beginning. The organization hopes to eventually establish a “safe zone” near the border where the Syrian army has no presence. The ultimate goal, is ultimately to rebuild civil society in Qunietra, which has been hit hard as a result of the civil war. The plan is designed to be carried out in three stages, with the first stage being to bring in medical equipment and establish a field hospital so the Syrians who can’t cross the border can still receive medical aid. The second stage is a planned reconstruction of education facilities, and the third stage is bringing in vital supplies and food.

Only time will tell if this will be successful given the turmoil and unexpected events on the border between Israel and Syria.

Peace Day Party Playlist…
Next Post: What is the Peace Day Challenge?