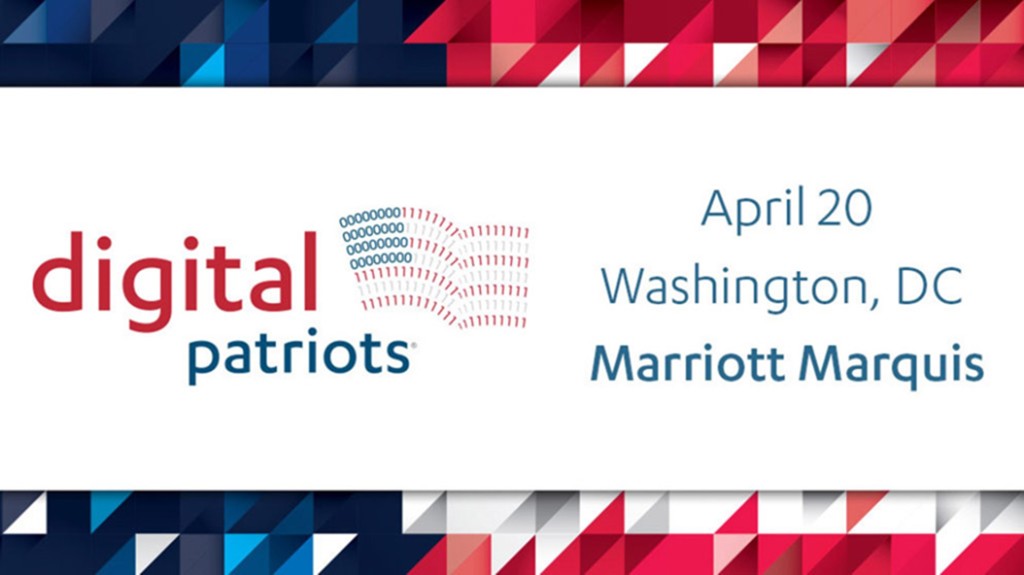 Arlington, VA, April 21, 2016 – The Consumer Technology Association (CTA)? hosted an innovation celebration at CTA’s 12th annual Digital Patriots Dinner held last night, Wednesday, April 20 at the Marriott Marquis in Washington, D.C. The Dinner honored Sen. Marco Rubio (R-FL) with the CTA’s Innovation Policy Ninja Award and Sen. Cory Booker (D-NJ) and Rep. Blake Farenthold (R-TX) as Digital Patriot honorees for their instrumental roles in supporting and advancing technology innovation. Other #CTATechWeek events this week included a lobby day, the annual CES on the Hill, along with meetings of the association’s Board of Industry Leaders, its Foundation Board, Small Business Council and several committees.

CTA President and CEO Gary Shapiro started the evening by honoring Senator Rubio with the Innovation Policy Ninja Award, recognizing the Senator as a forward-thinking legislator who has influenced tech policy as a fierce advocate of ridesharing, crowdfunding, high-skilled immigration reform and modernizing ourpatent laws to protect innovators. Shapiro also heralded Rubio for his belief that “tech should not need permission from the government to innovate,” and dedication to championing technology as a platform to promote paths to the American dream. Rubio described receiving this award as his “childhood dream come true” to become a ninja. During his speech he stressed the economic transformation being driven by the technology industry and the importance of this change in creating jobs and strengthening the economy.

Senator Cory Booker (D-NJ) was recognized as a Digital Patriot for his tech-friendly bipartisan solutions as well as serving as a thought leader on drones, driverless cars and the Internet of Things (IoT). During his inspirational acceptance remarks, Booker talked about the radical change in paradigms he saw as a young man while his parents worked at IBM. He said, “Our paradigm has become outdated. Let’s focus on the future, not the past.” He added, “Tech is the sweet spot for jobs and economic growth. We must not let government choke innovation. We have to demand that our government moves at the speed of innovation.” He also called for increased national collaboration and interdependence, quoting an African saying, “If you want to go fast, go alone but if you want to go far, go together.” He ended his remarks by reading a motivating poem by Langston Hughes.

In accepting his Digital Patriot award, Rep. Farenthold highlighted the merits of the sharing economy, from ridesharing to fashion, like Rent the Runway. The sharing economy, he said, “It’s making things easier. It’s making things less expensive. It’s making the American Dream within everyone’s reach.” Market disruption, Farenthold added, is a good thing, not something to be scared of. “Change is what it’s all about,” he said. “Technology enables you to follow your American Dream and be an entrepreneur at almost no cost.”

Shapiro praised bipartisanship collaboration and suggested a Booker-Rubio/Rubio-Booker presidential dream team following powerful speeches and an enthusiastic audience response for all of the evening’s honorees. He encouraged dinner guests to urge members of Congress to remain open to progress in the consumer technology industry, whose innovation and creativity continue to change and better the world.

Texas Governor Greg Abbott was on-hand to accept CTA’s Innovation Champion Award on behalf of his state. Texas was among the Innovation Champions identifited by CTA’s second annual Innovation Scorecard, a report that evaluates and ranks states’ innovation friendliness in ten areas. During his acceptance remarks, Abbott noted that for the past three years, Texas has ranked number one in the U.S. for exporting high tech, calling special attention to the state’s business-friendly tax policy, STEM-based education initiatives and the number of colleges and universities in the Austin, Dallas and San Antonio triangle offering renowned engineering programs. “Ten or 20 years from now, you will not know Texas as an energy state,” he said. “You will know that triangle as the innovation triangle in the United States of America.”

Learn more about the Innovation Scorecard and the 2016 champions at CTA.tech/Scorecard .

Proceeds from the Digital Patriots Dinner will go to CTA Foundation , a public, national foundation affiliated with CTA, and Black Girls CODE , a non-profit organization dedicated to teaching girls ages 7-17 about computer programming and digital technology.

Relive key moments, speeches and demos from the 2016 Digital Patriots Dinner in our highlight reel .

CTA’s annual CES on the Hill , held Tuesday, April 19 brought the energy of CES? to the Nation’s Capital and gave government officials an inside look at how consumer technology companies are bringing progressive products, ideas and concepts to reality. Held at the Rayburn House Office Building, this event featured more than 500 attendees, including 34 representatives and one senator, all there to experience the latest consumer technologies and products from companies at the center of some of the most critical, current tech policy debates. CTA’s recap video captures the tech action and policymakers on-site first-hand.

On Wednesday morning, CTA members representing a wide variety of technology companies participated in a Lobby Day on Capitol Hill to advocate for policies aimed at advancing innovation. This year’s event welcomed 36 attendees who participated in 38 meetings with members of Congress and their top aides. The discussions centered on encryption, strategic immigration, trade, patent reform and the need for a national chemical regulatory program.

The final event in the #CTATechWeek lineup is the Startup Media Training Workshop and Reception, co-sponsored by the Crystal City Business Improvement District. The afternoon kicks off with a workshop, How to Pitch to the Media…and do it Right , where startups will learn how to position their company and products to the media. A networking reception will follow. This event is open to startups only. For registration information, contact Deborah Kassoff.

Consumer Technology Association (CTA)? is the trade association representing the $287 billion U.S. consumer technology industry. More than 2,200 companies – 80 percent are small businesses and startups; others are among the world’s best known brands – enjoy the benefits of CTA membership including policy advocacy, market research, technical education, industry promotion, standards development and the fostering of business and strategic relationships. CTA also owns and produces CES? – the world’s gathering place for all who thrive on the business of consumer technologies. Profits from CES are reinvested into CTA’s industry services.