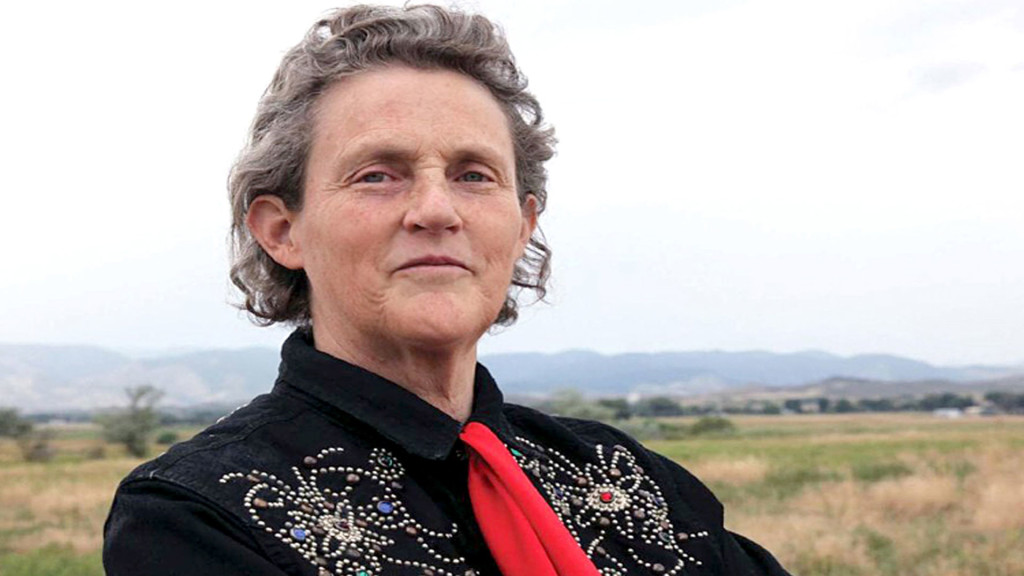 Dr. Grandin didn’t talk until she was three and a half years old, communicating her frustration instead by screaming, peeping, and humming. In 1950, she was diagnosed with autism and her parents were told she should be institutionalized. She tells her story of “groping her way from the far side of darkness” in her book Emergence: Labeled Autistic, a book which stunned the world because, until its publication, most professionals and parents assumed that an autism diagnosis was virtually a death sentence to achievement or productivity in life.

Dr. Grandin has become a prominent author and speaker on the subject of autism because “I have read enough to know that there are still many parents, and yes, professionals too, who believe that ‘once autistic, always autistic.’ This dictum has meant sad and sorry lives for many children diagnosed, as I was in early life, as autistic. To these people, it is incomprehensible that the characteristics of autism can be modified and controlled. However, I feel strongly that I am living proof that they can” (from Emergence: Labeled Autistic).

Even though she was considered “weird” in her young school years, she eventually found a mentor, who recognized her interests and abilities. Dr. Grandin later developed her talents into a successful career as a livestock-handling equipment designer, one of very few in the world. She has now designed the facilities in which half the cattle are handled in the United States, consulting for firms such as Burger King, McDonald’s, Swift, and others.

Temple Grandin, Ph.D., is now the most accomplished and well-known adult with autism in the world. Her fascinating life, with all its challenges and successes has been brought to the screen. She has been featured onNPR (National Public Radio), major television programs, such as the BBC special “The Woman Who Thinks Like a Cow”, ABC’s Primetime Live, The Today Show, Larry King Live, 48 Hours and 20/20, and has been written about in many national publications, such as Time magazine, People magazine, Forbes, U.S. News and World Report, and New York Times.. Among numerous other recognitions by media, Bravo Cable did a half-hour show on her life, and she was featured in the best-selling book, Anthropologist from Mars.

Dr. Grandin presently works as a Professor of Animal Science at Colorado State University. She also speaks around the world on both autism and cattle handling. At every Future Horizons conference on autism, the audience rates her presentation as 10+.

Dr. Grandin’s current bestselling book on autism is The Way I See It: A Personal Look at Autism and Asperger’s. She also authored Unwritten Rules of Social Relationships, Animals Make us Human, Animals in Translation, Thinking in Pictures, Emergence: Labeled Autistic and produced several DVDs. All books and DVD’s available through Future Horizons.

Temple Grandin’s work continues to inspire millions, drawing superlative reviews such as these:

“Temple is my hero. She has my vote for the person who has provided the greatest advance in our understanding of autism this century.”