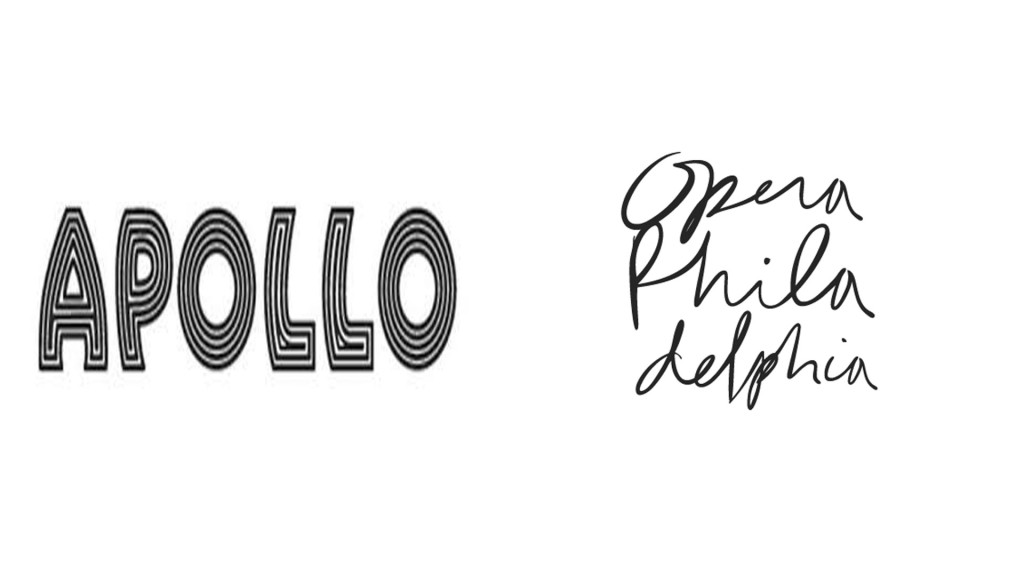 The two organizations will continue to produce contemporary opera in Harlem; New York Premiere of We Shall Not Be Moved set for 2017

Wednesday, March 30, 2016 – With the historic New York premiere of Charlie Parker’s YARDBIRD just days away, The Apollo Theater and Opera Philadelphia today announced a multi-year partnership that will continue the staging of contemporary operas at the Apollo in future seasons. The next co-production between the two institutions will be the New York premiere of We Shall Not Be Moved, set for the fall of 2017.

This weekend’s performances of the acclaimed YARDBIRD, by composer Daniel Schnyder and librettist Bridgette A. Wimberly, marks the first time the Apollo Theater will present opera on its stage as well as the first time Opera Philadelphia will produce in New York, and it is just the first of several co-productions planned for the future, according to Opera Philadelphia General Director & President David B. Devan and Apollo Theater Executive Producer Mikki Shepard.

The next co-production will be the New York premiere of We Shall Not Be Moved, developed by composer Daniel Bernard Roumain, librettist Marc Bamuthi Joseph, and director Bill T. Jones. The opera will receive its World Premiere in September 2017 in the Wilma Theater as part of Opera Philadelphia’s inaugural festival, O17, and will then immediately have its New York premiere at the Apollo Theater for several performances. Set in Philadelphia, We Shall Not Be Moved is the story of a group of orphans who decide they want to live apart as a family who recognizes their marginalization and claims it as a source of power. Couched in the voice of a radio reporter in the libretto, “What’s at stake here is America itself and its future. Who’s invited to participate?”

“Partnering with the Apollo Theater to bring YARDBIRD to New York City has been an incredibly enriching experience for everyone at Opera Philadelphia,” said David B. Devan, General Director & President of Opera Philadelphia. “In the course of working on this project we have found that each of us brings a unique perspective to producing new work, and that magic happens when we put our heads together. It was pretty clear right from the start that we wanted to continue this relationship, and we’re thrilled to be able to say that We Shall Not Be Moved will be coming to New York in 2017 and that we have several additional ideas in the works for future seasons.”

“Opera Philadelphia has been an incredible partner, and We Shall Not Be Moved, with its fusion of spoken word and hip-hop beats, will be an exciting next collaboration,” said Mikki Shepard, Apollo Theater’s Executive Producer. “Our stage has long been home for experimentation across so many genres of music and performance, and we are so proud to help bring Bill T. Jones’ vision for this ambitious work which embraces so many dynamic forms to our audiences here in New York.”

“I’m excited and elated to be in collaboration with artists who share a long history of storytelling, deep inquiry, and innovation within the theater,” said composer Daniel Bernard Roumain. “When Opera Philadelphia approached me about creating a new work for them, I immediately wanted to develop a new chamber opera with Bill and Marc supporting an eclectic score—full of place, purpose, and possibility—within an immersive, theatrical experience. We have all been collaborating with one another for years, and this work, in some ways, is a culmination of dreams, desires and talents.”

“Our work is ambitiously interdisciplinary,” said director Bill T. Jones. “We are plotting the course through treacherous terrain where musical forms, literary forms, and movement styles collide and, hopefully, fly. In the words of our protagonist, UnSung: ‘No. One. Gonna. Steal. My. Wings. Watch. Me. Fly.’”

“My hope for the libretto is that it sensitively examines a historical moment, and legibly suggests an alternate future through the eyes of its young protagonists,” said librettist Marc Bamuthi Joseph. “Structurally, the piece embellishes the traditional staples of the opera form with post-hip hop flourishes. This elasticity, this future-classic take on history in the present tense, is demanding a lot from the creative team, but I think we’re uniquely prepared for the task.”

ABOUT WE SHALL NOT BE MOVED

We Shall Not be Moved was inspired by the writings of Philadelphia High School students who participated in Opera Philadelphia’s Hip H’opera program, a collaborative project in partnership with Art Sanctuary which engaged students to tell their stories via music, words, hip hop and opera.

Opera Philadelphia and Art Sanctuary co-commissioned composer Daniel Bernard Roumain, an acclaimed composer and violinist whose work defies genres, and librettist Marc Bamuthi Joseph, a multidisciplinary arts activist known for spoken‐word performance, to create this opera, using the collected student writing compositions to inform the creative process. We Shall Not Be Moved will be directed by Bill T. Jones, the celebrated choreographer, theater director, and dancer whose accolades include a MacArthur Fellowship, two Tony Awards, a Kennedy Center Honor, and a 2013 National Medal of Arts in recognition of his ability to “create works that challenge us to confront tough subjects and inspire us to greater heights.”

In January, the creative team conducted a workshop at the Apollo Theater. Working with two singers, a pianist, an electronic musician, and a spoken-word artist, they explores a draft libretto inspired by student writings and worked to develop a musical landscape combining elements of spoken-word, opera, and hip hop. This thorough exploration in the workshop process has been extremely helpful for the creative team in developing a unique work.

The legendary Apollo Theater—the soul of American culture—plays a vital role in cultivating emerging talents and launching legends. Since its founding, the Apollo has served as a center of innovation and a creative catalyst for Harlem, the city of New York, and the world. With music at its core, the Apollo’s programming extends to dance, theater, performance art, spoken word initiatives, and more. This includes the October 2014 premiere and 2015 international tour of the dance celebration project James Brown: Get on the Good Foot, the annual Africa Now! Festival, and the upcoming collaboration between Arturo O’Farrill and Dr. Cornell West, Jazz and Spirit.

The Apollo Theater is a not-for-profit organization and currently in the midst of fundraising for its 21st Century Apollo Campaign, created to extend the institution’s role in fostering artistic innovation and in building appreciation of American culture around the world. For more information, visit www.apollotheater.org.

Opera Philadelphia is committed to embracing innovation and developing opera for the 21st century. Described as “one of the leading instigators of new work in the country” by Opera News, Opera Philadelphia is the only American finalist for the 2016 International Opera Award for Best Opera Company. The company is charting a bold new path to September 2017, when Opera Philadelphia will open its 2017-2018 season with an immersive, 12-day festival featuring seven operatic happenings in six venues throughout the city. The first festival, “O17,” will feature three World Premieres, plus the exclusive East Coast appearance of Barrie Kosky’s groundbreaking production of Mozart’s The Magic Flute, and a recital by superstar soprano Sondra Radvanovsky. Opera Philadelphia will continue to present a spring season each year, including with productions in February and April, making it the only U.S. opera company producing an annual opera season that begins with a dynamic festival. For more information, visit www.operaphila.org.