The comedy of our youth Submitted by Ellen Galick

You are here: Home / Arts & Leisure / Comedy / The comedy of our youth Submitted by Ellen Galick 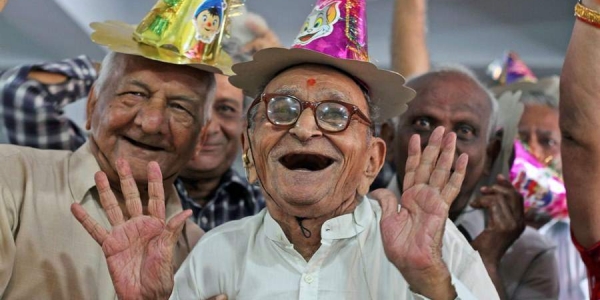 Imagine! Comedians actually got through a routine without using the “F” word.

WHILE JEWISH PEOPLE MAKE UP ABOUT 2% OF THE U.S. POPULATION, THERE WAS A TIME WHEN THEY MADE UP 50% OF THE FAMOUS COMEDIANS

You may remember the old Jewish Comics:

There was not one single swear word in their comedy. Here are a few examples:

* I just got back from a pleasure trip.
I took my mother-in-law to the airport.

* I’ve been in love with the same woman for 49 years!
If my wife ever finds out, she’ll kill me!

* Someone stole all my credit cards, but I won’t be reporting it.
The thief spends less than my wife did.

* We always hold hands.
If I let go, she shops.

* My wife and I went back to the hotel where we spent our wedding night.
Only this time I stayed in the bathroom and cried.

* My wife and I went to a hotel where we got a waterbed.
My wife called it the Dead Sea.

* She was at the beauty shop for two hours.
That was only for the estimate.

* She got a mudpack and looked great for two days.
Then the mud fell off.

* The Doctor gave a man six months to live.
The man couldn’t pay his bill, so the doctor gave him another six months.

* The Doctor called Mrs. Cohen saying, “Mrs. Cohen, your check came back.”
Mrs. Cohen answered, “So did my arthritis!”

* A drunk was in front of a judge.
The judge says, “You’ve been brought here for drinking.”
The drunk says “Okay, let’s get started.”

* Why do Jewish divorces cost so much?
They’re worth it.

* The Harvard School of Medicine did a study of why Jewish women like Chinese food so much. The study revealed that this is due to the fact that Won Ton spelled backward is Not Now.

*There is a big controversy on the Jewish view of when life begins.
In Jewish tradition, the fetus is not considered viable until it graduates from medical school.

A: Alcohol interferes with their suffering.

Q: Why do Jewish mothers make great parole officers?
A: They never let anyone finish a sentence!

A Jewish boy comes home from school and tells his mother he has a part in the play.
She asks, “What part is it?”
The boy says, “I play the part of the Jewish husband.”
The mother scowls and says, “Go back and tell the teacher you want a speaking part.”

Q: How many Jewish mothers does it take to change a light bulb?
A: (Sigh) “Don’t bother. I’ll sit in the dark. I don’t want to be a nuisance to anybody.”

Did you hear about the bum who walked up to a Jewish mother on the street and said, “Lady, I haven’t eaten in three days.”
“Force yourself,” she replied.

Q: What’s the difference between a Rottweiler and a Jewish mother?
A: Eventually, the Rottweiler lets go.

Q: Why are Jewish men circumcised?
A: Because Jewish women don’t like anything that isn’t 20% off.

You are holding a cup of coffee when someone comes along and bumps into you…
Next Post: Thought for the Day…