“The Nightingale” Novel by Kristin Hannah, Click Here for Video… 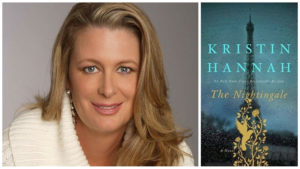 This Video is from our Good News Classics Series
‘The Nightingale’

Biography
Kristin Hannah is an award-winning and bestselling author of more than 20 novels including Winter Garden, True Colors, and the blockbuster Firefly Lane.