You are here: Home / Good News To Go / THE OFFICIAL MEMORIAL TRIBUTE TO SID BERNSTEIN 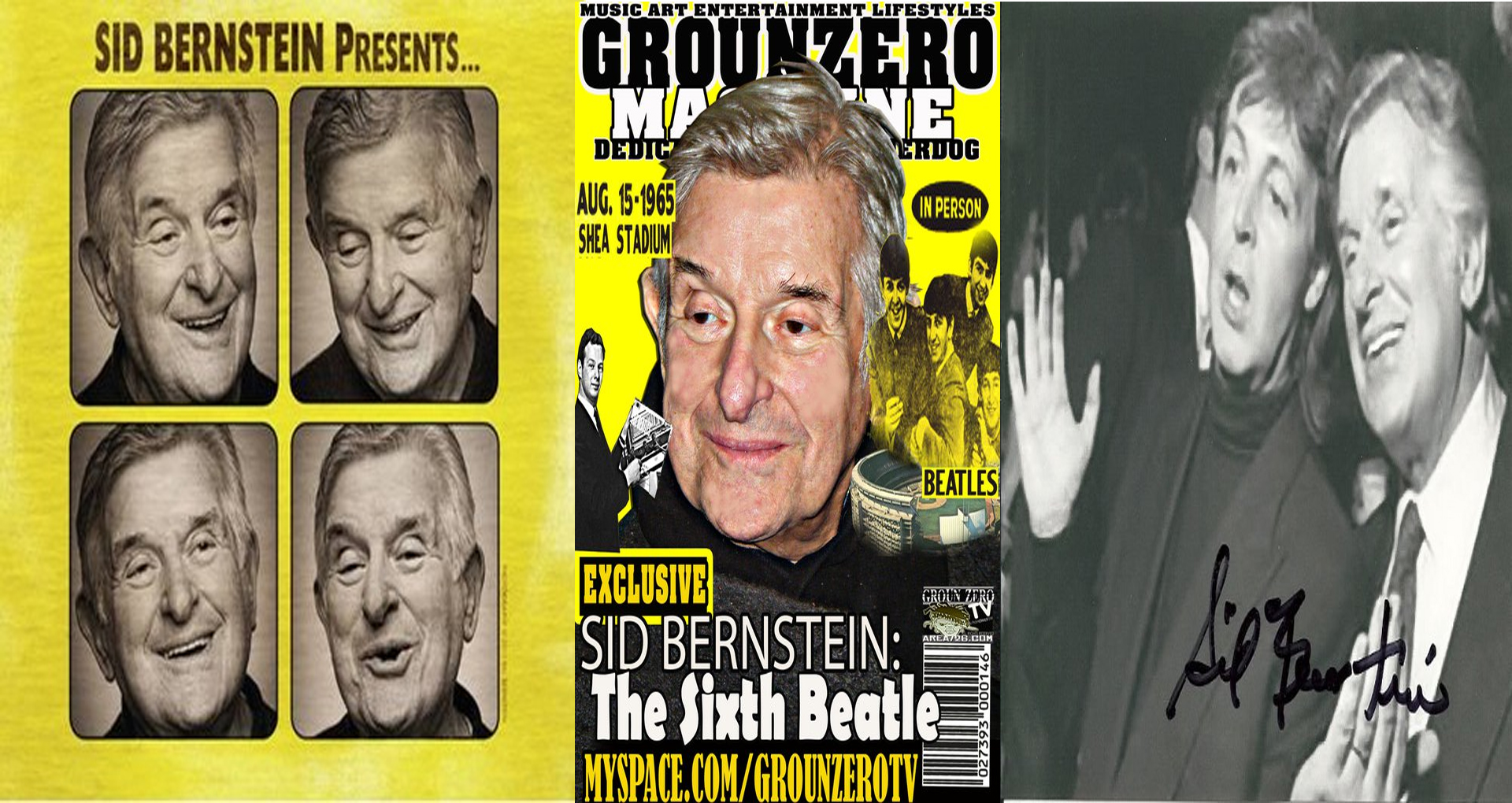 THE OFFICIAL MEMORIAL TRIBUTE TO

THE MAN WHO BROUGHT THE BEATLES TO AMERICA

AND THE FATHER OF THE BRITISH INVASION

Celebrating The 50th Anniversary of

The Beatles’ Historic First Concerts at Carnegie Hall on

Brought to you by The Bernstein Family and Sid Bernstein Presents…

On Wednesday evening, February 12, 2014, family, friends and artists will come together to celebrate the life of and to pay tribute to SID BERNSTEIN, the legendary promoter also known as “the man who brought The Beatles to America” and “The Father of the British Invasion” at The Cutting Room, 44 East 32 Street, New York City.  This one-night only event is the only official memorial tribute to Sid, sanctioned by The Bernstein Family and presented by Sid Bernstein Presents…

Sid, who passed away on August 21, 2013 at the age of 95, helped shape the careers of some of the greatest and most popular celebrities of our time. As a visionary, he was the very first impresario to organize rock concerts at sports stadiums (Shea and Forest Hills Stadiums), was the first to stage a rock show in an arena setting – at Madison Square Garden – and was also the first white promoter at The Apollo Theatre.

If it were not for Sid’s persistent overseas phone calls to Brian Epstein in 1963 to discuss bringing The Beatles to America, the music industry as we know it today might have been totally different.  An agreement on a simple “handshake”    across the pond, changed the music industry forever.  Even the formidable Ed Sullivan sought Sid’s advice as he was skeptical about booking them on his show several days before the historic shows Sid was promoting at Carnegie Hall on February 12, 1964.

In a yet to be released documentary on the life and career of Sid Bernstein, produced and directed by Jason Ressler and Evan Strome, James Brown noted that in the 1960s, Sid was the only impresario booking black entertainment and thus, according to Brown, Sid “was in the forefront of race relations.”  In addition, the audience will hear directly from Sid, in his taped interviews from this classic documentary, about the conversations he had with Brian Epstein regarding the booking of the Carnegie Hall shows and the engagements of The Beatles at Shea Stadium, and more.

At age 93, Sid recorded and released his first and only CD of songs near and dear to his heart, “Sid Bernstein Presents” along with singer/composer Deirdre Broderick.  On this CD, Sid (and Ms. Broderick) sing such memorable songs as Imagine, La Vie En Rose, Crying, It’s All In The Game, and more.

The evening is being produced by Sid’s long-term representative and talent associate, Joseph Gargano, and will highlight many of Sid’s pioneering accomplishments as an Agent, Promoter and Manager in celebration of the 50th anniversary of The Beatles’ historic first concerts at Carnegie Hall.  Music reflecting the acts which Sid had promoted and developed in the early to mid-1960s will be performed by a variety of talented artists near and dear to Sid, whom he and his creative associates promoted and guided in his later years (in the mid-2000’s), featuring: Deirdre Broderick, Bob Bisaccia, David Ippolito, Larry Russell’s BeatleStock and The Myles Mancuso Band.

This will be a night to remember and an evening of sincere tribute and love, of the kind Sid shared with all he knew and met along the path of his life’s journey.

A Splendid Time is Guaranteed For All!

Previous Post: « The Fest for Beatles Fans — NYC Feb. 7,8,9
Next Post: HONOREES ANNOUNCED; TICKETS AND TABLES NOW AVAILABLE FOR THE GIVING BACK GALA