The pandemic has closed down so many businesses, its not funny.

You are here: Home / Arts & Leisure / Comedy / The pandemic has closed down so many businesses, its not funny. 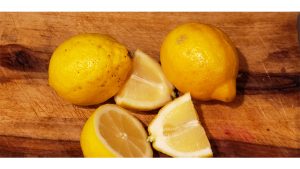 A Little bit of COMEDY can help make lemons into lemonade!

A Little Comedy Can Go A Long Way..hehehe

But sometimes the only way to deal with it is to look at it in a lighter vein. We mourn the loss of the following businesses:

A mining company has gone under.

A manufacturer of food blenders has gone into liquidation.

A dog kennels has had to call in the retrievers.

An origami book company has folded.

An aerial installation company has called in the receivers.

A key company has gone into lockdown.

A watchsmith has wound down and called time.

An ice cream shop has had its assets frozen.

A shoe factory has been soled and employees given the boot.

The Heinz factory has been canned as they couldn’t ketchup with orders.

The tarmac company has reached the end of the road.

The bread company has run out of dough.

The laundrette has been taken to the cleaners.

….the dry cleaners and ironing service have run out of steam.

Good News Anniversary 3pm and 7pm Covid Show Highlights
Next Post: Kindness is Loaning Someone Your Strength Instead Of Reminding Them Of Their Weakness