Memorial Day Special – The Spirit of ’45 Day – 70 Years Since the end of WWII, Hear Vets Share What Peace Means to Them. 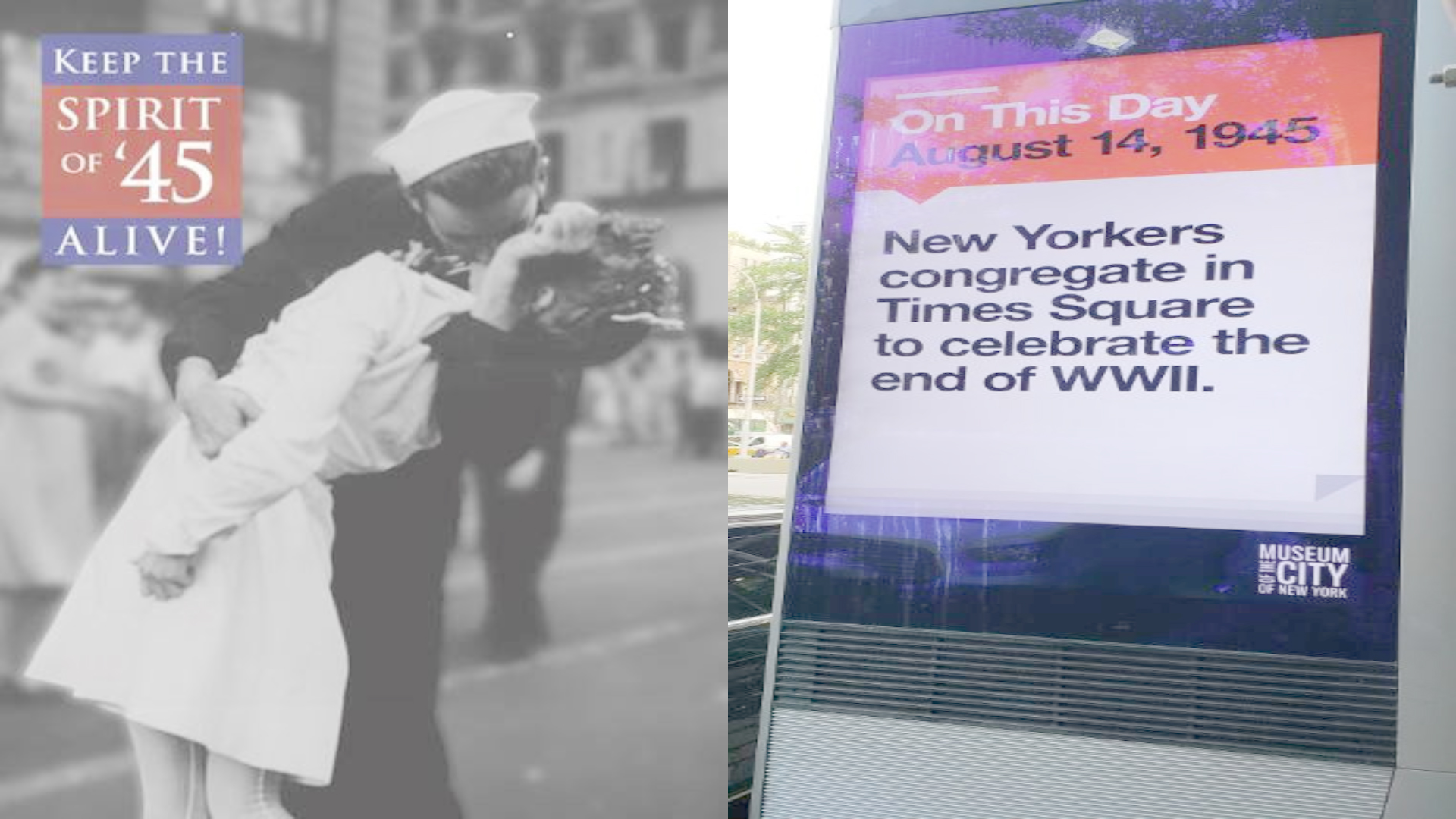 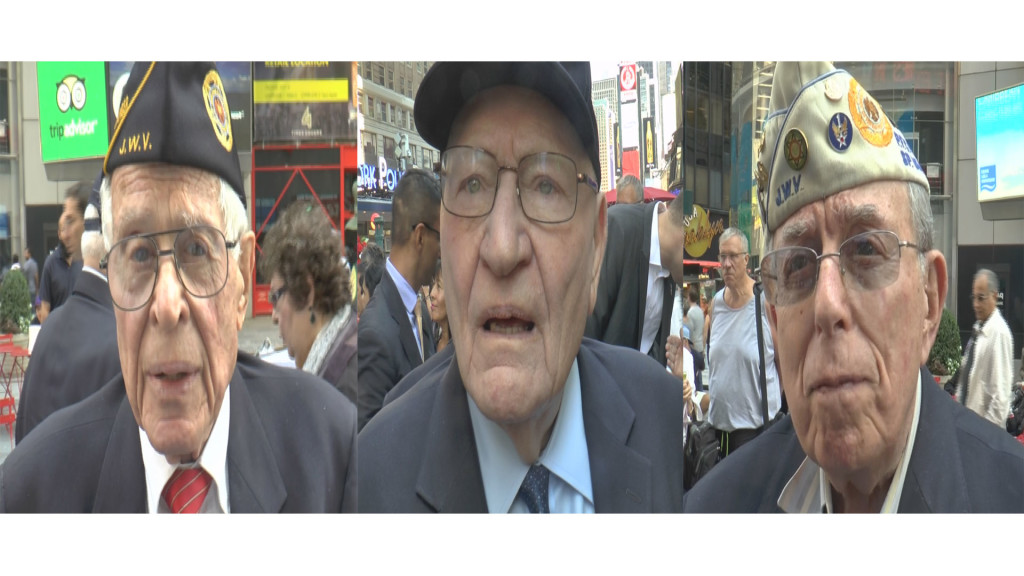 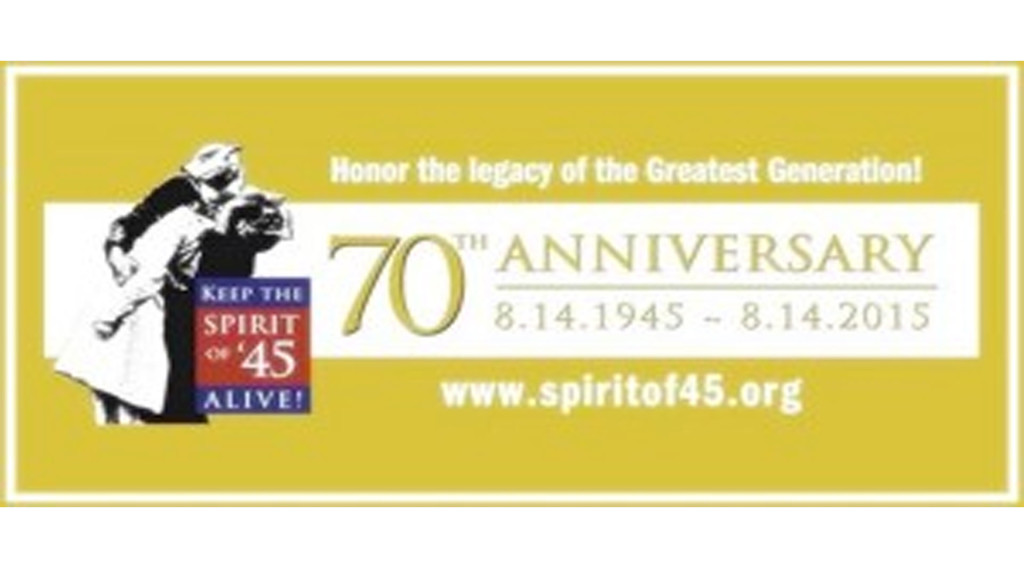 • The event will feature live ‘40’s music* and commentary by WWII era seniors,

representatives of veterans and service organizations, and youth leadership

groups, and conclude with a wreath ceremony and a performance of “Taps.”

• The event will require a 50 chairs for speakers and invited guests, a podium,

the present day, and those who have supported them on the Home Front.

These will include Pat Little, the National Commander of the Military Order

of the Purple Heart, Harriett Thompson, a 91 year old cancer survivor, who

has achieved national attention as a marathon champion, and Dr. Bruce

Heilman, 88, a WWII Marine veteran who has served as Chancellor of the

motorcycle from Virginia to Alaska.

screened throughout the day, “congratulating the Greatest Generation on the

anniversary of their Greatest Day.”

depicting the Times Square Kiss in Sarasota, Fl, and San Diego, Ca, and at the

smaller life sized statues that are at the Queen Mary in Long Beach, CA, The

Landing in Branson, MO, and the USS Missouri in Pearl Harbor, HI.

• The press and the public are invited to attend the event.