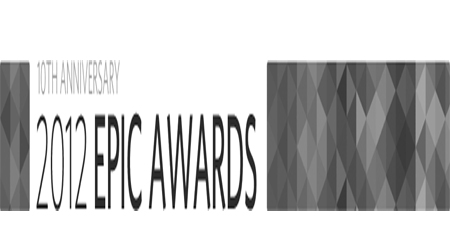 CELEBRATING THE NEW FACE OF LEADERSHIP

The EPIC Awards celebrates those who are igniting the leadership of women.

The White House Project, a nonpartisan, nonprofit organization which works to advance a richly diverse, critical mass of women into leadership positions, today announced it will honor leaders in business, politics and popular culture.

The 10th Anniversary White House Project EPIC Awards Gala celebrates those who support and transform the leadership of women.

Tiffany Dufu, President of The White House Project, believes that “when we show positive role models of women and girls, we are shaping their ambitions and their contributions to lead.

“We are thrilled to have Geena Davis as our host. Susan Taylor has helped generations of women to see themselves as powerful change agents. James Turley leads a culture where women can bring their full selves to the table. Lofton and Patterson have brought to the screen the story of one of the most authentic and dynamic leaders of our time.”

The EPIC Awards Gala is an inspiring, high-impact event with more than 400 leaders in business and politics, all who share a commitment to shaping the next generation of skilled, talented, innovative leaders. It generates worldwide media coverage every year.

About The White House Project:

The White House Project ignites the leadership of women in business and politics. We connect, coach and educate an ever-expanding alumnae network of more than 13,000 nationwide. With a focus on women ages 21-35, we activate the ambition, creativity, and skills necessary for innovative and effective leadership.

This year marks the 10th Anniversary of The EPIC Awards. For the last decade, this annual White House Project event has celebrated leaders who ignite the leadership of women in business, politics and popular culture.

For more information, go to: www.TheWhiteHouseProject.org/EPIC

Previous Post: « HONOREES ANNOUNCED FOR THE 11TH ANNUAL “WOMEN WHO CARE” LUNCHEON
Next Post: Is the Economy Showing Signs of a Comeback? Investors Think So »