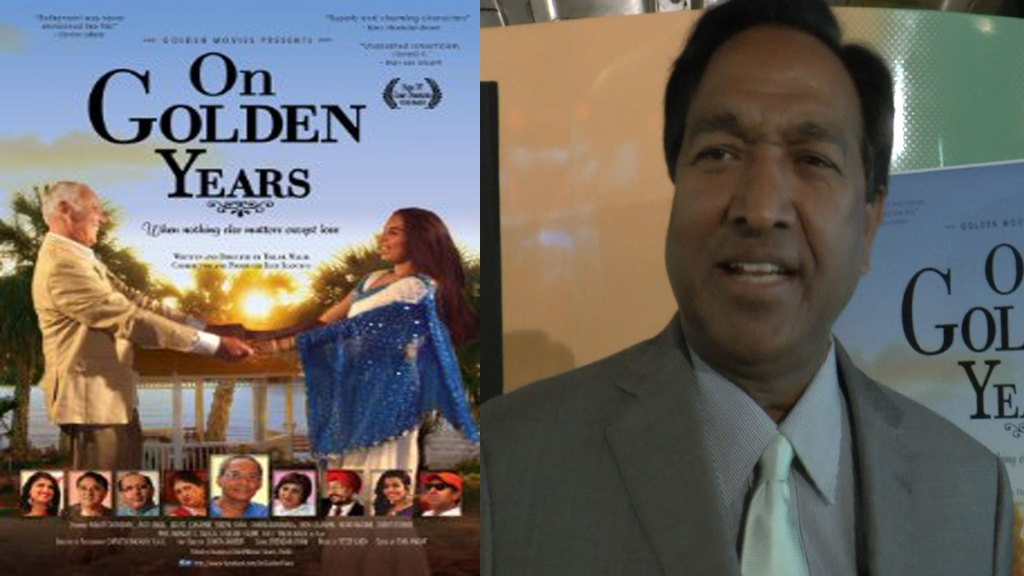 About the background of the film;
He came in the search of American Dream. But he was “Lonely In America.”
He was living a successful life in America while his parents were aging in India. He realized if he wants real “Khushiyaan,” (meaning: happiness) he needs to make time to visit his parents and family in India.
Now about the film “On Golden Years”;
Now in the golden years the time to retire, he has conflicts such as India vs America, contentedness vs regrets and the places to retire etc. But in the end, he discovers “On Golden Years” nothing else matters except love. It is a romantic emotional comedy film: a celebration of life.
Language: English / Length: 85 minutes / Genre: Romantic Comedy