Listen to “What Does Peace Mean to Tirlok” on Spreaker. 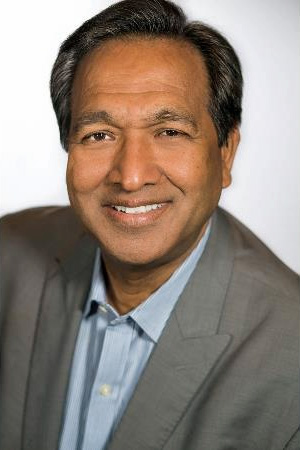 Tirlok Malik, www.hjappylifeyoga.org.  Tirlok Malik is the creator of HAPPY LIFE YOGA and Ayurveda Cafe in Manhattan, Happy Lifestyle Speaker, and New York Emmy Award Nominated Filmmaker. He has been a speaker at various events and expos.

His portfolio of work has won many awards and has been acclaimed in media worldwide, including The New York Times, Hollywood Reporter, Variety, Entertainment and others.

All his work has been with the intention to inspire others to enjoy the benefits of a balanced life and he looks forward to continuing the journey.

Tirlok. (CEO of Apple Productions and founder of www.nritvfilmclub.com) is a New York Emmy Award nominated filmmaker. Apple Productions has produced many films since 1990 starting with its first pioneer film about Indian Americans, Lonely in America. The film was shown in 74 countries and as well as on HBO and participated in 37 film festivals, winning many Awards. He continues to make films about Indian American experiences in America. And now he has launched www.nritvfilmclub.com website which is a very mini mini Netflix streaming of Indian American movies.

Malik’s work as an actor and a filmmaker has been acclaimed in the international and national media, including The New York Times, Hollywood Reporter, Variety, Entertainment, and others. He also received the Pride of India Gold Medal for his work as a filmmaker from the Indian Ambassador of the USA. In August 2007, Tirlok Malik was presented with the New York Citizens’ Award from the New York Mayor’s Office. In 2014, Manhattan Borough President Gale Brewer presented him a citation for his work as a filmmaker and a restaurateur and declared 1 November 2014 as Tirlok Malik appreciation day.

He has worked with some big names in Indian Film Industry.

As an actor, he has worked in many television series, and films. He has also done over 200 performances in New York theaters. He has acted in many Ads including Campbell Soup, Channel 7 Eyewitness News, PBS Channel 13, Microsoft, Air India, Nokia, etc.

Tirlok Malik is also a restaurateur, entrepreneur and a speaker. And he currently lives in New York.

Carol’s Book Launch! Poems from my Pandemic Pen
Next Post: What Does Peace Mean to Carol Ostrow