You are here: Home / Living & Learning / Health and Wellness / Update on… 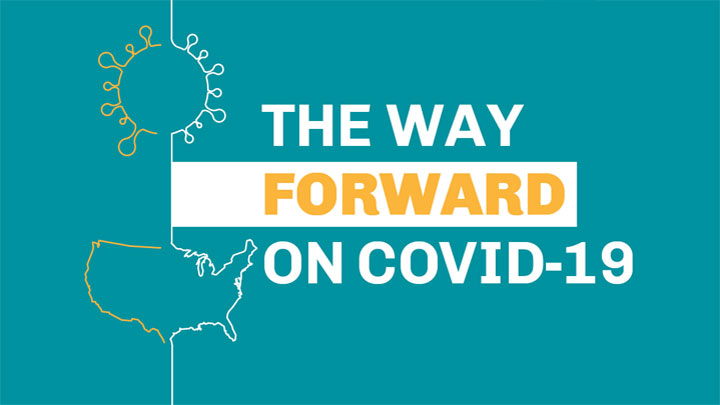 From one of our colleagues in Geneseo, New York:

I’m being asked what I think about an mRNA vaccine. It’s a brilliant strategy and the data appear to show efficacy and safety. I used to work for a pharmaceutical company and present data for FDA approval of drugs. I am familiar with the rooms full of paperwork and the multiple studies that go into approval.
What’s great is that this vaccine doesn’t rely on a killed virus or a part of a virus. It relies on mRNA. What is mRNA? It is just a transient, short-lived copy of a gene. Consider that your body has this blueprint in its genes (in its DNA). The DNA tells the cells what proteins to make. But DNA is stuck in the cell nucleus and can’t go anywhere. So the cells make a copy of the gene, called “messenger RNA” or mRNA. (It’s just slightly different from the DNA so that the cells can tell the difference). This strand of mRNA gets sent the part of the cell where the protein will be made and the cell makes the proper protein based on this code. The mRNA, having served its purpose, gets destroyed in minutes or hours. The protein is also eventually destroyed.
Scientists have gotten a lot better over the years at figuring out this code and working with the mRNA. They isolated the mRNA for one particular protein on the COVID-causing virus, mostly commonly the “spike” protein that is important in infection. The vaccine contains mRNA that enters cells, gets made into the protein, the protein goes to the outside of cells, the immune system recognizes it as “foreign” and starts an immune response against it. The Spike protein doesn’t seem to cause damage. After all, it’s all by itself, lacking all of the other components of the virus that caused it to infect cells.
Once the body has started its immune response, it keeps some immune cells in reserve that recognize this Spike protein. Then, if the virus enters the body, its Spike protein gets recognized, the proper immune cells gets made, and the body destroys the ability of the virus to cause infection.
This mRNA vaccine technology is relatively new but has been studied for a decade. What is so promising is that there is no virus present, so there is no infection and since there is only one thing for the immune system to react against, it greatly reduces the chances of a hyper-immune reaction. Sometimes when the immune system is doing its thing, there are effects like aching from the increased blood flow, etc. but these symptoms can be signs that the process is working. These side effects are reported to be rare, short in duration and mild. But most importantly, the vaccines have shown extremely high efficacy in preventing infection.
I see absolutely no reason to not accept this vaccine. It has been shown to be highly effective and safe. For all you “You never know” types, safety concerns show up in trials. Many trials have been done. I am not an insider, but CEOs and people on the front lines all say that the only “rush” has been in that they have made this vaccine a priority, the FDA has made it a priority, and the companies have skipped over all the wrangling with management about the financial risk. I believe the reports that say that the science has not been rushed in the sense of skipping steps. The same FDA standards have been used as apply to all vaccines. Also, multiple companies using this approach have had very similar results. I plan to get the vaccine as soon as I can.
If you are someone who has concerns about vaccines, I would tell you that from a simple position of risk assessment, this COVID-causing virus has FAR FAR greater risk. It is one bad virus, has taken many of my friends and loved ones and has caused a planet-load of heartache and inconvenience. It has been relentless at using the body’s enzymes to make copies of itself and infect others. It contains a “proof-reading” enzyme that keeps its genes from mutating very much. Many viruses fade out because they accumulate so many mutations that gradually reduce the virus’ infective capabilities. Not this one. If you are fearful of a vaccine, my advice would be to weigh the risks. There are some unknowns, such as how long it will protect, but I don’t see these as obstacles. I am not qualified to give medical advice, but as a scientist, I am confident that the strategy is sound, the FDA has a robust procedure and that opposing the vaccine based on fear or ideology could harm yourself and others.