VIDEO – Cynthia travels from the Westside of Chicago (Go Cubs!) to Celebrate her Birthday in New York with dear Friends –

You are here: Home / Uncategorized / VIDEO – Cynthia travels from the Westside of Chicago (Go Cubs!) to Celebrate her Birthday in New York with dear Friends – 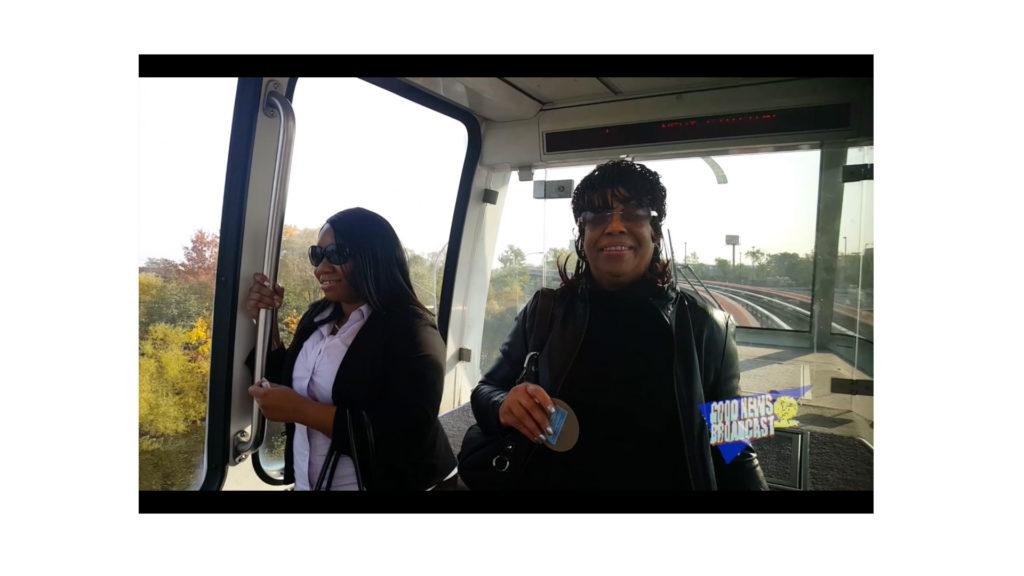 It is a Blessed Day! Good News runs intro Cynthia on the Air Train from Newark Airport. What a happy group, who appreciative HEALTH and LIFE. Have a great day Cynthia with your loving friends. Thanks for the interview. Reverend Paul

PS – Just for fun here is the Chicago Cubs Story

The Chicago Cubs are an American professional baseball team based in Chicago, Illinois. The Cubs compete in Major League Baseball (MLB) as a member club of the National League (NL) Central division. The team plays its home games at Wrigley Field, located on the city’s North Side. The Cubs are one of two Major League teams in Chicago; the other, the Chicago White Sox, is a member of the American League (AL) Central division.

The team, first known as the White Stockings, was a founding member of the NL in 1876, becoming the Chicago Cubs in 1903.

In 1906, the Cubs won a Major League record 116 games, finishing 116–36 and posted a modern-era record winning percentage of .763, before losing the World Series to the Chicago White Sox (“The Hitless Wonders”) by four games to two. The Cubs won back-to-back World Series championships in 1907 and 1908, becoming the first Major League team to play in three consecutive World Series, and the first to win it twice. The team has appeared in a total of eleven World Series, most recently in 2016. The Cubs have not won the World Series in 108 years, and they had not won the National League pennant in 71 years until finally winning it in 2016, both of which are record “droughts” in Major League Baseball. Since the start of divisional play in 1969, the Cubs have appeared in the postseason eight times. This included five trips to the League Championship Series—in 1984, 1989, 2003, 2015, and 2016 which they won.

The Cubs are known as “the North Siders”, a reference to the location of Wrigley Field within the city of Chicago, and in contrast to the White Sox, whose home field (Guaranteed Rate Field) is on the South Side. The Cubs have a divisional rivalry with the St. Louis Cardinals, and an interleague rivalry with the Chicago White Sox.

VIDEO – Hungarian Consulate Organizes Reception and Manhattan Bridge Video Celebration Commemorating 60th Anniversary of 1956 Hungarian Revolution–October 22-23, 2016
Next Post: VIDEO – Halloween or Hallowe’en (a contraction of All Hallows’ Evening in New York, NY, Good News walks up Madison Ave from their new headquarters at 53rd much to the surprise of Goblins, dead people, haunted house, blood and guts…spinders and more fun, especially the kids and candy!!!!