You are here: Home / Public Service / Events / Watch The New York Chapter of the National Academy of Television Arts & Sciences as they celebrated its 61st Annual Gala 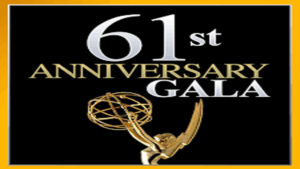 https://www.nyemmys.org/2018-new-york-emmy-awards/
Audience: 800 television and media professionals including many familiar faces from news, entertainment, sports, advertising agencies, the industry’s top production people…the best and brightest in the business. These are the most important individuals in New York media all on hand to salute the outstanding accomplishments of their peers.

On April 14th, The New York Chapter of the National Academy of Television Arts & Sciences will celebrate its 61st Annual Gala, by conferring the industry’s classic and most coveted peer-recognition symbol of distinction, the Emmy®.

The New York Chapter of The National Academy of Television Arts and Sciences (NY NATAS) conducts activities that cultivate, promote and encourage understanding of, appreciation for, and public interest in the arts, crafts and sciences of television. As a professional organization serving the New York area we endeavor to educate and act as a resource to our members and the industry. We award the Emmy® for talent and ability in composition, creation, and performance of works which strive to improve the quality of television. We recognize outstanding achievement, we encourage the pursuit of excellence and promote the highest standards of quality in professional, technical and personal achievement in the arts and sciences of television by conferring the industry’s classic, and most coveted peer recognition symbol of distinction, the Emmy®.