We at Good News Planet welcome Prince Frederick and hope to work with him for the forseeable future.

You are here: Home / All We Need Is Love / Good Samaritans / We at Good News Planet welcome Prince Frederick and hope to work with him for the forseeable future. 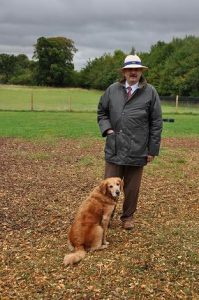 HRH Prince Frederick von Saxe-Lauenberg’s family is literally related to every Royal Family in Europe, and he shares a common ancestor with Queen Elizabeth II in King Henry II.

Frederick who lives for part of the year in The Netherlands and also has a UK base in Cheshire – has been involved in peace activism since the early 1980’s, and is the Founder and President of Children of the World 2000, a not for profit organisation supported by the International Peace Bureau and UNESCO.

He is patron of several NGOs including the Earth Focus Foundation in Switzerland, the Lady Geertruide School Project in Haiti and the World Peace Gardens Network.

After leaving university the prince joined the family firm, an import-export business, and was also involved in publishing, travel writing and photography. His present work is as a World Peace Emissary and he is a Fellow of the International Institute of Peace Studies & Global Philosophy.

We met with the prince at the UN General Assembly in the Fall of 2002 together with Dame Jane Goodall a UN Messenger for Peace and Founder of the Jane Goodall and Roots n’ Shoots initiative.