Weeds a poem by Mario Padilla, his thought, “only seeds sown get the chance to live.”

You are here: Home / All We Need Is Love / Relationships and Self / Weeds a poem by Mario Padilla, his thought, “only seeds sown get the chance to live.” 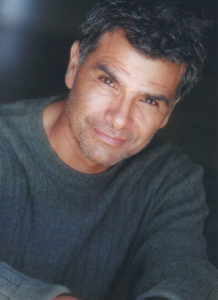 Perhaps it’s too much trouble, I don’t know . . .
tilling idle weeds—preparing next spring’s garden.
Summer’s production gone—once so proud and industrious
just sweaty chore now, dirt tired, thirst slaking labor.
Gripping callused handles, backbone sore,
I lie down exhausted
somewhere between industry and the impulse to sleep
a tear at the edge of a lash.

Removing the disheveled look of death requires purpose—
I look at this unsightly plot and think
let the weeds grow their indigenous crop
more natural anyway, the look of chaos, wild and effortless.
For what’s the point in digging—planning.
If memory serves correctly, working the ground for sowing
produced small corn, Swiss chard tough and chewy
and peppers . . . well, they decided not to show up at all
though the tomatoes were good (the ones without worm holes)—
better produce on Whole Foods shelves.

Torso like a corpse face up, I lie in Savàsana
to meditate on a drifting cloud. Feeling free, I drift and remember
how close I came to death at birth—how it was I was produced
small and feeble, but so anxious to take life’s initial breath
I moved too much, wrapped the vital cord around my neck
till doctors cut and yanked me out.
They thought the blue baby dead, my mother recalls,
instead, I thrashed and announced my will to live.

But I’m exhausted with nature’s jousting match
fighting persistent drought, incessant weeds, leaf curl blight
all the unseen forces I parry and riposte
that have tried for years but cannot take my garden out
though I know full well, nature and I are not an even match
not a fair fight, not even in the same weight class
(they forced my grandfather to stop digging at eighty-six).
But I’m not him. So let the soil rest, the weeds sprout
get up and drive your ass to the store.
Why drain the precious time you’ve left in chore?”

Not a chance.
Impossible to drop this goddamned shovel
to resist April’s springtime idyll.
And grabbing the handle with the promise of the possible
I begin to turn the soil, imagine
the largest, tastiest tomatoes ever produced, award winning even
the proverbial end to every romantic’s spade and shoveled dig,
knowing full well—
only seeds sown get the chance to live.

This is one of my more positive, hopeful poems about the need to keep going–keep planting every year even when life makes you want to stop, with things like Covid, divorce, death, unhappiness. “Knowing full well / only seeds sown get the chance to live.” Mario

Mario René Padilla’s poetry and stories have appeared in North American Review, The Antioch Review, New Letters, Alligator Juniper, The Ledge, INKWELL Magazine, Americas Review, Tulip Tree Review, Westwind, Atlanta Review, among others. His first collection of poetry, Reaching Back for the Neverendings, was published by Red Dancefloor Press in L.A. His short story collection Scales and Other Stories was a finalist in both the Red Hen Press 2017 Fiction Prize and the Snake Nation Press 2017 Serena McDonald Kennedy Fiction Award and the editors of each press nominated the collection for a 2018 Pushcart Award for “Finalist” manuscripts that were not published. His unpublished collection of verse poetry, Blue Plums and Weeds, was a finalist in the Ohio University Press “Hollis Summers Poetry Prize, the Akron Poetry Prize, Snake Nation Press, and Crab Orchard Review’s for book publication. His unpublished manuscript of prose poems, Postcards from the Invented Road, has been a finalist in five poetry book awards, including the Red Hen Press Benjamin Saltzman Award and Silverfish Review’s “Gerald Cable Book Award.” Most recently, his story “La Chateau Possonierre” won first prize in Tulip Tree Press’s story anthology contest Stories That Need to Be Told 2017. Mr. Padilla is a winner of a Fulbright Award for collecting and translating the early poetry and prose of Jorge Luis Borges for his critical study Jorge Luis Borges: Vanguardista 1919-1925.

Mr. Padilla’s father was born in Mexico in the state of Guanajuato. His mother’s father Albino Macioce was born in Alvito in Abruzzi region of Italy while his maternal grandmother, Consolata Volpi, is from the Campania region in Italy. He was raised in the Italian American community of Columbus, Ohio but has lived his entire adult life steeped in his Latino culture in Los Angeles. Needless to say his work addresses the issues of a multiculturalism.

He received a B.S degree from Ohio State University, an M.A. in English from Loyola Marymount, and a Ph.D. in Comparative Literature and Creative Writing. He teaches Creative Writing, English and Latin American Literature as a tenured professor at Santa Monica College in California.

To learn more about Mario: Padilla_Mario@smc.edu

HOW TO KEEP YOUR DOG SAFE THIS SUMMER
Next Post: The Therapists – Submitted by Ellen Galick