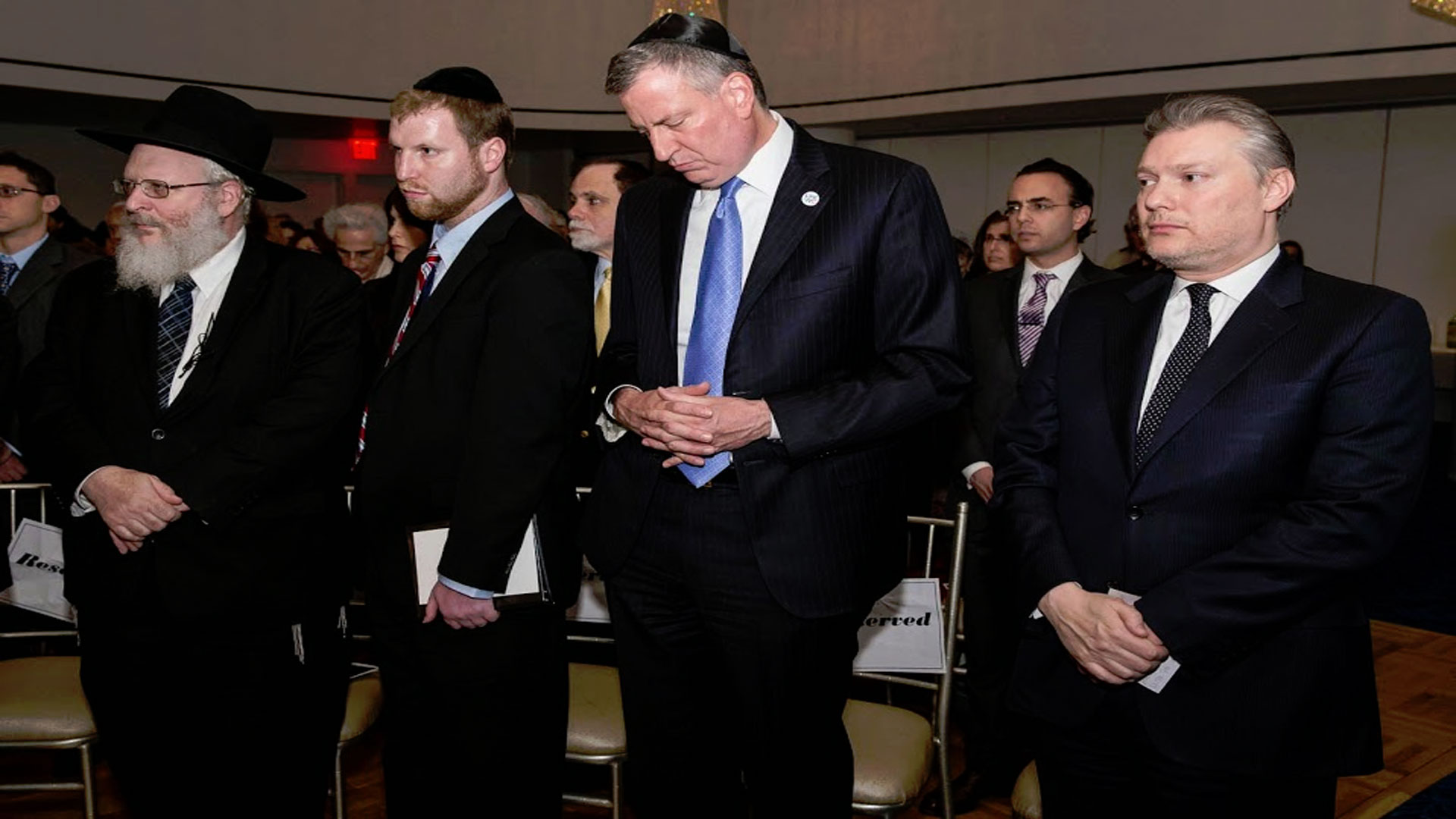 Monday evening, Mayor DeBlasio joined the  West Side COJO and the Lincoln Square Synagogue in a major community event to commemorate Yom Ha Shoah –  the special day of Holocaust Remembrance.

The program began with an emotionally moving memorial service led by Lincoln Square’s Rabbi Shaul Robinson and their Chazzan Yanky Lemmer.  Then Michael Landau, Chairman of West Side COJO, introduce the mayor by acknowledging his deep passion for human dignity, democracy and justice.

Mayor DeBlasio, who has visited Yad Vashem in Israel three times, emphasized the importance of continuing to gain a deeper and deeper understanding of the lessons of the Holocaust.  He stressed the need for vigilance on the part of government and all of us to respond strongly against anti -Semitism in our city and world-wide and to pursue and punish the perpetrators to the full extent of the law.

Michael Landau, Chairman of the west Side COJO, remarked on the Mayor’s ” passion and commitment to human dignity, democracy and justice. ”

The program included the screening of the extraordinarily educational and touching film, Here II Learned to Love.
This documentary tells the story, hidden for nearly six decades, of two brothers who retrace their journey as survivors through the nightmare landscape of Eastern Europe during World War II.

Dinner at Black & Blue Steak and Crab
Next Post: BROOKLYN CHAMBER OF COMMERCE INVITES YOU TO THE PRESS BREAKFAST TO CELEBRATE THE LAUNCH OF BKLYN DESIGNS