What Does Peace Mean to Kristin Hannah?

You are here: Home / Arts & Leisure / Media / What Does Peace Mean to Kristin Hannah? 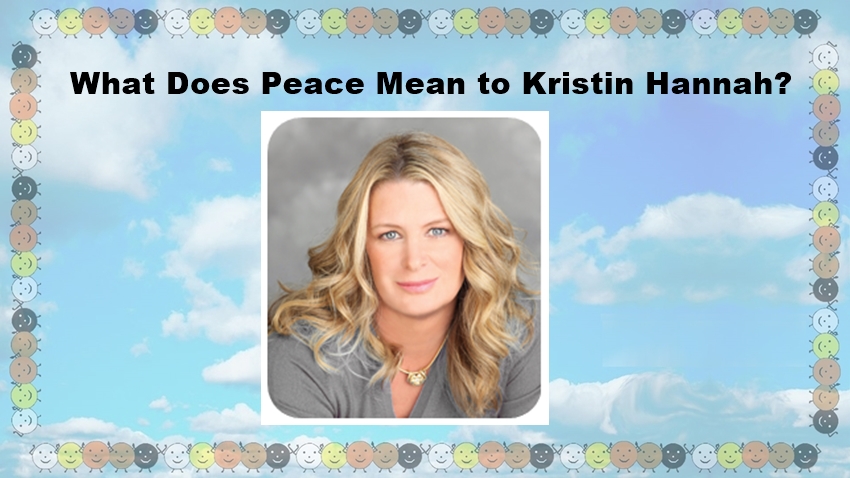 What Does Peace Mean to You?

An epic love story and family drama set at the dawn of World War II. A profound and compelling portrait of two ordinary French women living in a city under siege and in a country at war, where surviving sometimes means doing the unthinkable.

Kristin Hannah is an award-winning and bestselling author of more than 20 novels including Winter Garden, True Colors, and the blockbuster Firefly Lane.

What Does Peace Mean to Lee Child?
Next Post: Borough President of Manhattan Gale Brewer Shares a Proclamation for the International Day of Peace and our Peace Day Party