You are here: Home / What's Your Good News? / What is Good News and What Does Peace mean to Brent Michael Phillips 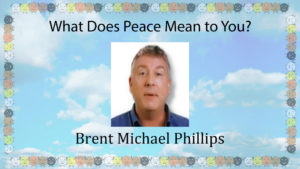 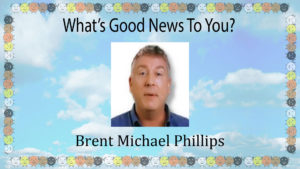 The Formula for Miracles:
Where Science Reveals the Secrets of the Spirit
By Brent Michael Phillips

Brent Phillips was a web and video game developing pioneer at the dawn of the commercial internet era. An MIT graduate, he left his PhD studies at the MIT Laboratory for Computer Science to cash in on the infinite possibilities that the worldwide web offered. Success came fast!

Does this, then, seem at all like someone who 20 years later would be an internationally acclaimed spiritual teacher and healer? One who has used his engineering skills to source and present a faster path to healing and higher consciousness than attainable through other methods, a formula that often creates instant “miracles”. Hence, the first book in his healing trilogy, The Formula for Miracles: Where Science Reveals the Secrets of the Spirit.

For Phillips, in 1995, his future seemed assured. He was always at the top of his class, a leader who others followed, innovating in his chosen scientifically-based field. There was a way to prove and predict everything. All was going perfectly-until it wasn’t.

Overwhelmed by the stress of working 100+ hour weeks with few breaks, he started to experience devastating repetitive stress injuries. And that’s where it began. Before long, he could not work, his body began to break down in extremely painful ways, and he spiraled into depression.

In desperation, after several years of pain and unemployment, he agreed to explore non-traditional forms of healing-bodywork, homeopathy, osteopathy, chiropractic, acupuncture, etc.-treatments that worked only marginally. Finally in 2003, he encountered someone who gave him the key to unlock his subconscious. That’s when his Miracle Healings began.

Seeing how everything had changed for him personally, Phillips committed himself to studying, understanding and exploring the connection between human behavior, spirit and science. What he learned and discovered about theta brain waves–enabled him to access extraordinary SupraNatural powers of healing, intuitive abilities, knowledge beyond learning, spiritual connection, oneness and more.

Today, he has gone on to become a sought-after healer, author, speaker and leader on healing and achieving these SupraNatural levels of higher consciousness-faster and more easily than can be achieved through other means. It’s the speed at which this transformation takes place that has burnished Phillip’s reputation and demand globally.

And he is especially regarded by so many who themselves have been skeptical of anything that hasn’t gotten the seal of approval from the scientific and medical hierarchy. They are willing to venture out to consider the findings of a former scientist and engineer.

Phillip’s Awakening Dynamics System (www.AwakeningDynamics.com) and his books are the cornerstones of his superhighway to higher consciousness.

If you would like to interview Brent Phillips and on the revelations awaiting in his Awakening Dynamics System and The Formula for Miracles, please send an email with the name of the show, your contact information, a proposed date and time, and the calling details.

March with concern for the safety of all, and What Does Peace Mean To You, Iry?
Next Post: Thought for the Day…