Some of the World’s Largest Infrastructure Projects – Submitted by Dr. Ko

You are here: Home / Living & Learning / Science and Technology / Some of the World’s Largest Infrastructure Projects – Submitted by Dr. Ko 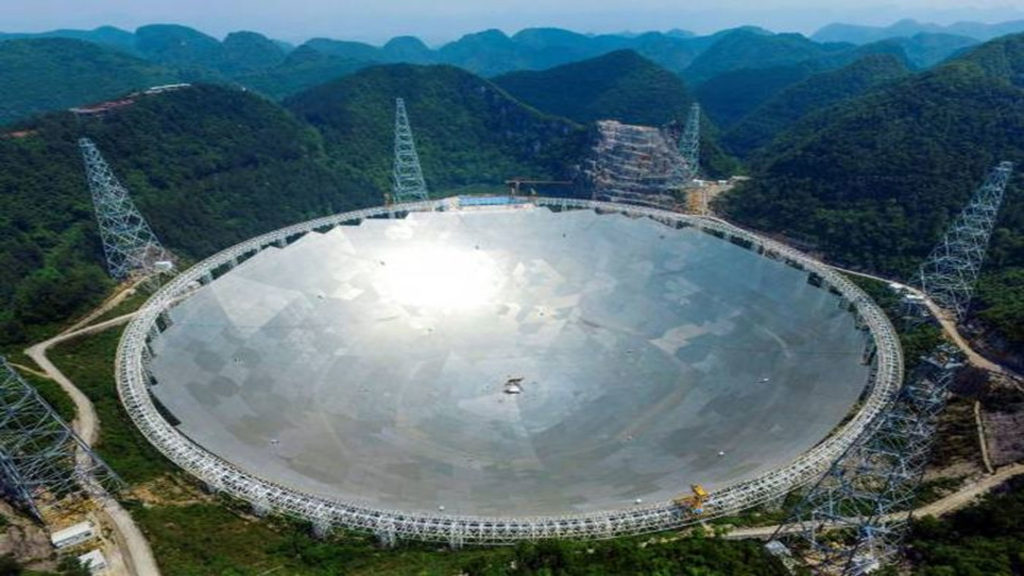 Human ingenuity knows no bounds, and the monumental projects you’re about to see are sheer proof of that. While some have already been translated into reality, others are still in the planning stages. What they all have in common is the unprecedented level of ambition required to create them, the billions of dollars needed to fund them, and the degree to which they affect the lives of people that live in their vicinity: 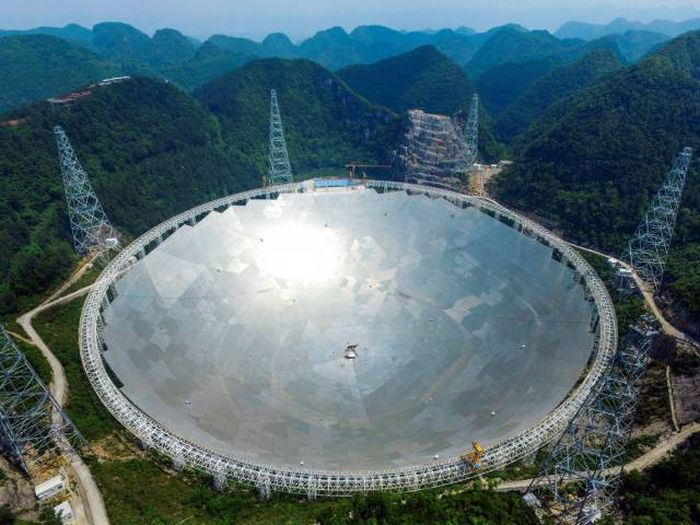 The Pingtang telescope was completed in September 2016, becoming the world’s largest radio telescope in the process.
Its dish measures more than 1,600 feet across and is capable of capturing signals more than 1,000 light years from earth. 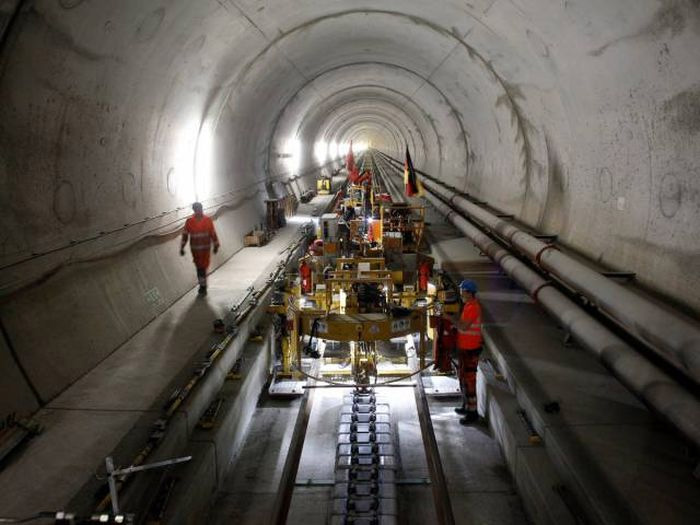 The world’s longest and deepest rail tunnel became operational in December 2016. It is 35 miles long, took 17 years to construct, and lies 6,500 feet below the Gotthard Massif, a mountain range within the Swiss Alps. 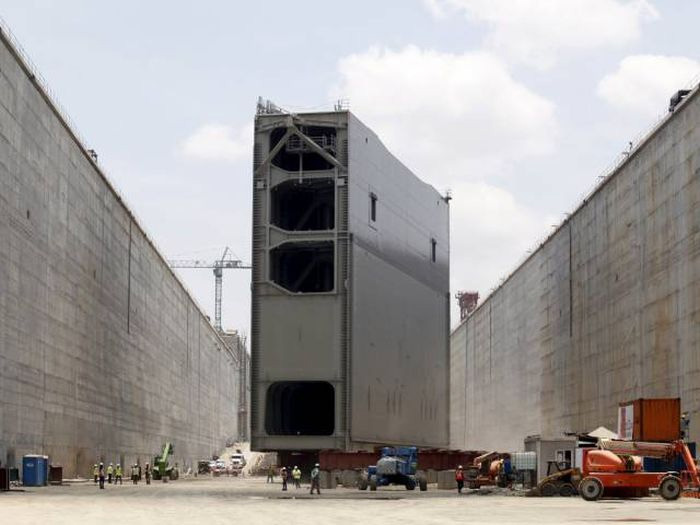 The original Panama Canal, which was constructed more than 100 years ago, is one of the Modern Wonders of the World, but a century of progress meant that it had to be widened. Some 40,000 workers worked on the expansion project, and the completed canal opened in 2016 at a cost of $5.4 billion. 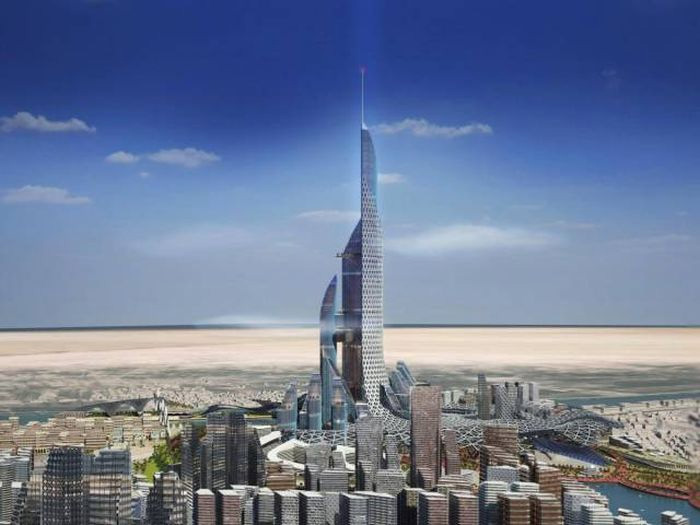 Who ever thought such a proposal would be possible? The 3,779-foot-tall “Bride” skyscraper is proposed for construction in Basra, Iraq.

If the name sounds familiar, it’s the site of the first battle of the 2003 US invasion.

The design is covered with solar panels, so the skyscraper will be able to power itself. It will also be the world’s tallest building if (when?) completed in 2026. 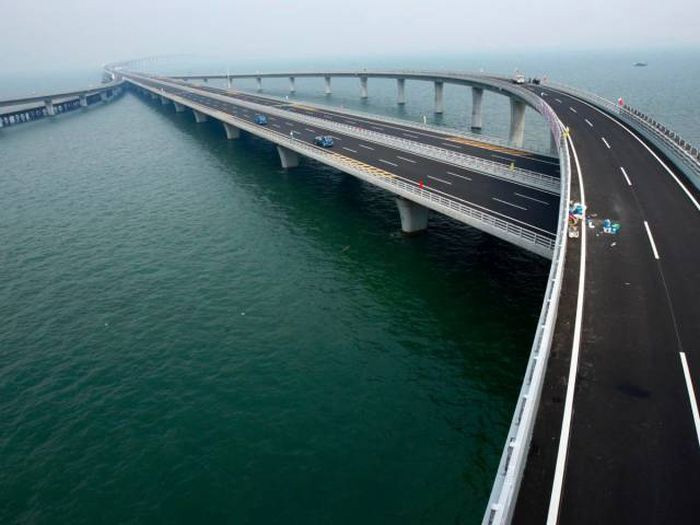 This 26-mile-long cross-sea bridge is the longest of its kind in the world, stretching almost 26 miles out into the open ocean.

When it opened, it cut the travel time for people traveling between east China and the island of Huangdao in half. 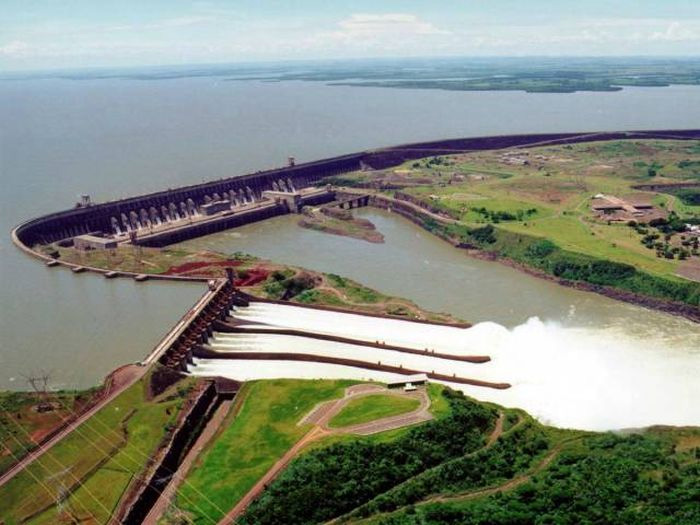 Completed more than 30 years ago, this hydroelectric dam produces more power than any other in the world.

In fact, its energy generation is so large that it supplies Paraguay with 75% and Brazil with 20% of their energy needs respectively. 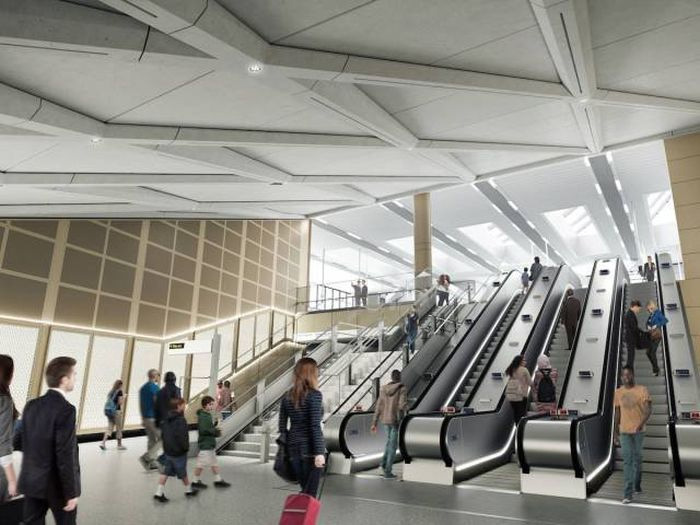 The largest construction project ever undertaken in Europe will see 10 new train lines added to the existing London Underground system,

and 30 existing stations connected via brand-new tunnels. It will begin service in 2017, and be in full operation by 2020. 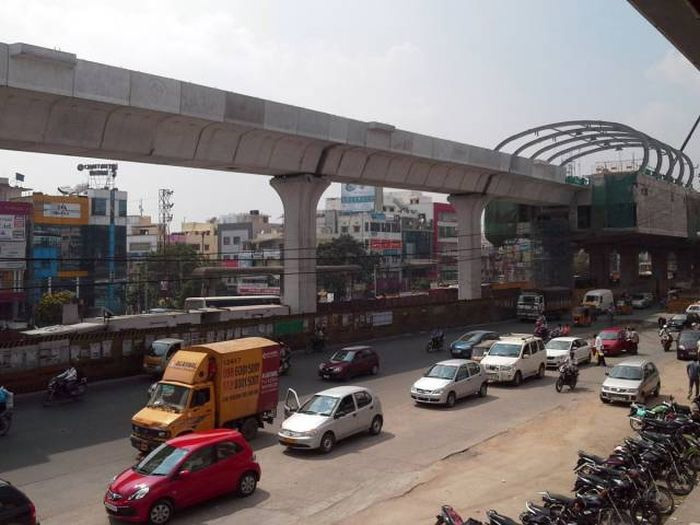 This railway system marks the first time that communication-based train control will be implemented in India.

With three brand-new metro lines for the city of Hyderabad, the network is set to open in 2017. 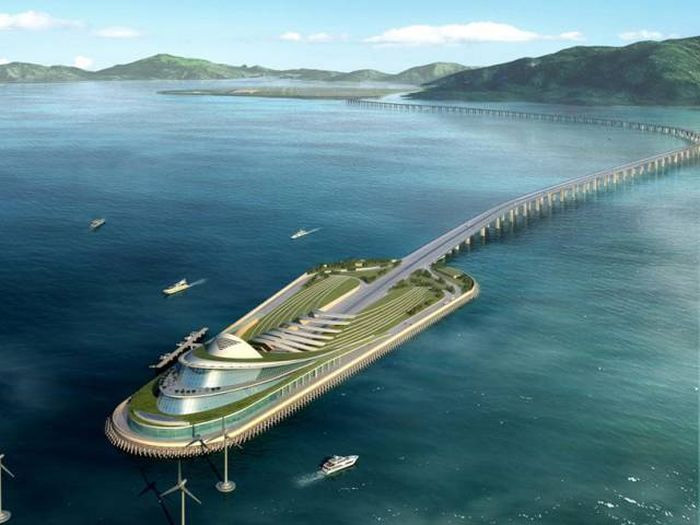 More than 42 million people live in China’s Pearl River Delta, and this gargantuan project will link its three major cities,

namely Zhuhai, Macau and Hong Kong, via a series of bridges and underwater tunnels. It will open to traffic in December 2017. 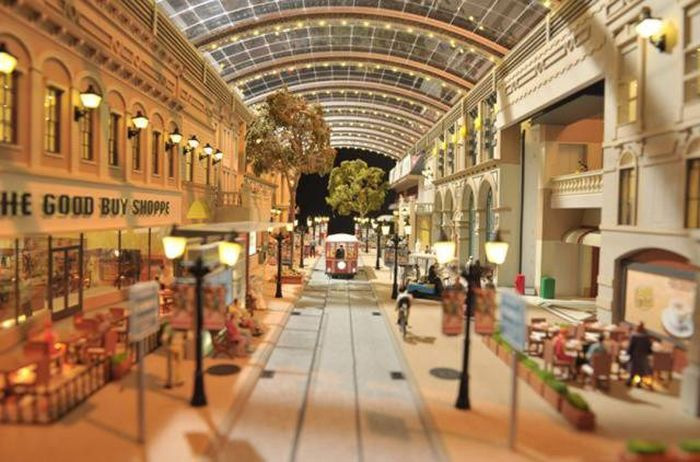 The proposal for the largest mall on earth comprises more than 48 million square feet of enclosed, air-conditioned luxury in the middle of the desert.

As part of the design, the largest indoor game park in the world will be constructed, as will 20,000 hotel rooms to cater to the 180 million annual visitors

that the development is expected to receive when completed in 2029. 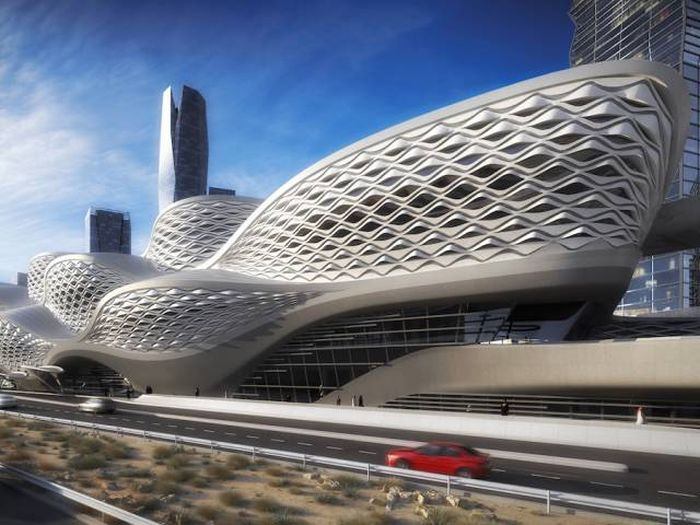 Operation is scheduled to begin in 2019, and the railway will have 109 miles of railway on completion, revolutionizing how the residents of Riyadh get around. 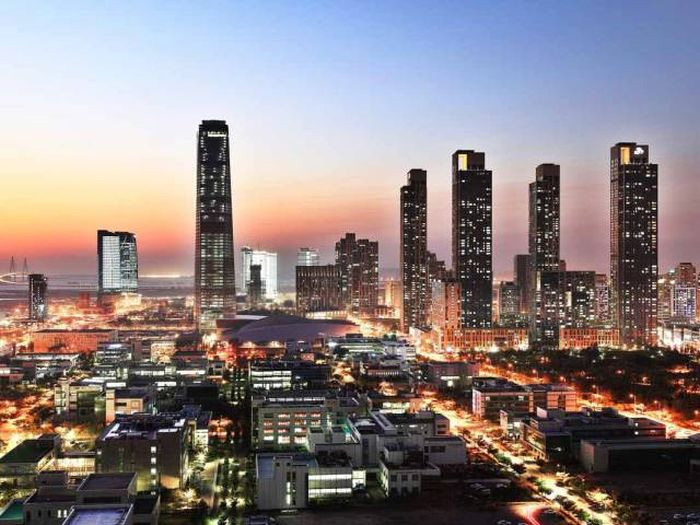 Built on 1,500 acres of reclaimed land along the waterfront of the South Korean city of Incheon, this smart city

was completed in 2015. Home to some 67,000 residents, it has near-comprehensive internet access and offers a taste of future urban life. 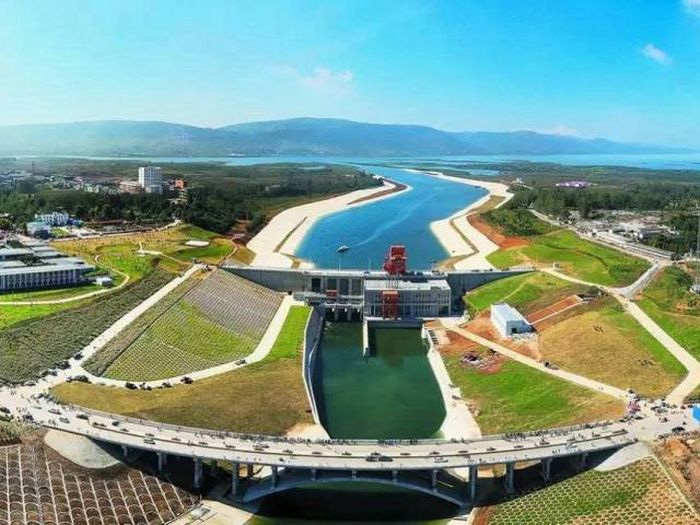 The Chinese have set about moving some 45 billion cubic feet of water from the mighty Yangtze River in the south of the country,

to the more arid industrialized north. They will do so via three canals and have spent some $79 billion on the project thus far. 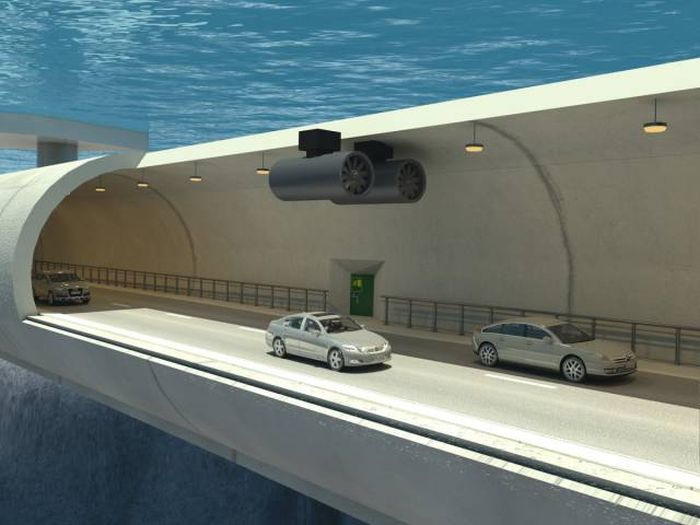 floating tunnel beneath the Sognefjord, the largest Fjord in Norway, which is 3,000 feet wide and 4,000 feet deep.

This radical tunnel will be the first of its kind in the world if the vision is realized. 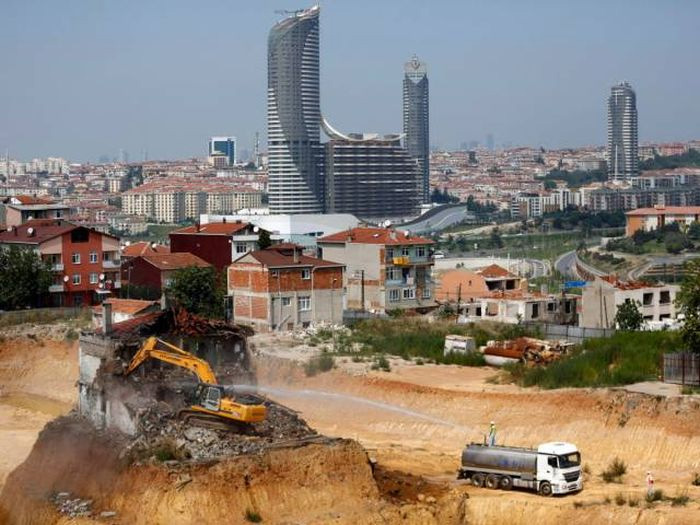 Turkey has incredible ambitions for renewing its urban areas. Over the next 20 years, the country plans to demolish more than

7 million buildings and build earthquake-resistant, modern structures in their place.
The colossal cost of all this is estimated at $400 billion.

WHAT ARE 9 OUT OF 10 BABIES MISSING?
Next Post: The captions are as good as the pics