Yes, America, There Is (Some) Hope for the Environment

You are here: Home / Uncategorized / Yes, America, There Is (Some) Hope for the Environment

Yes, America, There Is (Some) Hope for the Environment

Wildlife bridges, plastic-eating bacteria and drones that plant trees remind us that we are as good at repairing as we are at destroying. 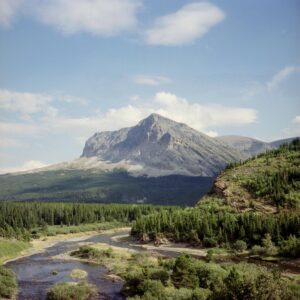 NASHVILLE — I’ve been keeping a collection of links to good news about the environment as a hedge against despair when so much of the news from nature is devastating. Rolling pandemics. The near annihilation of birds and insects. Even the end of sharks. In short, a “ghastly future of mass extinction, declining health and climate-disruption upheavals,” according to a recent report in Frontiers in Conservation Science.

Y’all know it is bad when pondering the death of humanity cheers up a person who is really hoping to have grandchildren someday.

In honor of the spring equinox, which falls this coming weekend and brings with it the return of longer days, I offer some news that might bring you, too, a glimmer of light in all this darkness. I share these stories with the usual caveat attached to any kind of climate optimism: Hope is not a license to relax. Hope is only a reminder not to give up. As bad as things are, it is far too early to give up.

Creatures we thought we’d lost forever still have a chance. It’s true that we are in the midst of a mass extinction, with as many as one million species at risk of disappearing forever, but sometimes a tiny bit of happy news appears among the grim headlines. Conservationists recently discovered a female Swinhoe’s soft-shell turtle, the rarest turtle in the world, in a lake in Vietnam. The Cantor’s giant soft-shell turtle, once thought extinct, is nesting again in Cambodia. And scientists have confirmed the existence of a black-browed babbler — a bird not seen alive since 1850 — in Indonesia. These so-called Lazarus species suggest that recovery can sometimes be possible even when all seems lost.
Creatures we’ve never seen before keep turning up. New species, and previously unknown populations of rare species, are constantly being discovered: a bright orange bat with black wings in Guinea, a new clan of blue whales in the Indian Ocean, a new species of monkey in Myanmar, a spectacular green snake in India. Newly identified species tend to belong to populations that are vanishingly rare, endangered from the moment of their discovery, but they remind us again of how urgent it is to save as much as we can save as quickly as we can save it, while species diversity remains rich.
Renewable energy is edging out fossil fuels. Coal, the dirtiest of all fossil fuels, is on the way out, and the shift away from coal power, particularly during the pandemic, has had a significant impact in reducing greenhouse-gas emissions from power plants. Meanwhile, solar power is the cheapest electricity we have, which means that capitalism is now on its side, and even Big Oil is beginning to pivot from extracting carbon to storing it. The U.S. Energy Information Administration projects that “renewables’ share of the electricity generation mix will more than double by 2050” as coal plants go offline and are replaced with renewable energy sources that are rapidly becoming more economical. Doubling isn’t enough, not nearly enough, but at least we’re heading in the right direction. Now we just need to pick up speed.
We have finally started to plan for what we can’t stop. Addressing climate change, ecosystem loss and diminishing diversity requires more than simply finding ways to halt the worst damage before it arrives. We also need to mitigate the damage from what can’t be undone, and the human ingenuity being brought to bear on this problem can be breathtaking. Wildlife bridges and tunnels that address ecosystem fragmentation. Bacteria that eat plastic. Drones that plant trees. Lab-grown meat.

Some of these efforts won’t work, some are years away from widespread use, and none will solve this overwhelming crisis by itself, but a vast array of them can help. Above all, they demonstrate that we are as good at building as we are at destroying, as good at healing as at hurting. It helps to remember that.
Conservation nonprofits are winning in court. For four years environmental nonprofits fought hard against Trump administration policies, and almost always won. Thanks to their efforts, courts recently stopped a Trump-approved oil-drilling project in Arctic waters, ordered the reinstatement of a red-wolf restoration effort in North Carolina, halted plans to allow trophy hunting of grizzly bears in the Greater Yellowstone Ecosystem and forced a reconsideration of oil drilling on federal land in five Western states. These and dozens of other examples reinforce the importance of supporting conservation nonprofits with every penny we can possibly spare.

People are waking up. We knew this crisis was coming decades ago, but we squandered urgent warnings from scientists because oil companies successfully turned climate change into a politically divisive issue. Finally, that’s changing. According to the Yale Program on Climate Change Communication, more than half of all Americans now characterize themselves as either “alarmed” or “concerned” about climate change, numbers that are growing. Americans who are either “doubtful” or “dismissive” now represent only 18 percent of the population, and those numbers are falling.

Much about this issue can still be contentious, but nobody, neither Republican nor Democrat, wants to breathe polluted air or drink polluted water. Nobody wants to lose the insects that pollinate their crops or the birds that sing in their trees. Nobody wants to watch their forests go up in flames or their beaches wash away or their fellow human beings lose their homes and their livelihoods. We are a big-brained, big-hearted species, and we are finally waking up. And that’s what gives me the most hope of all.
Article reprinted from The New York Times

Russell Heath, Former Lobbyist and Personal Coach shares his Good News…lucky us!
Next Post: Thought of the Day