89th Oscar’s was a Good News Show for many, exciting, great sets, talents, audience participation, and even a mistake that reminds us that we are just humans…..

You are here: Home / Arts & Leisure / Media / 89th Oscar’s was a Good News Show for many, exciting, great sets, talents, audience participation, and even a mistake that reminds us that we are just humans…..

Hollywood Reporter shares their story for some of the details of the evening.

Happy Oscar hangover! What a jaw-droppingly surreal night at the Dolby Theatre. As Moonlight took the top honor in a stunning twist, the Academy’s Oscar accountants fell on their sword for an enormous ballot flub. Plus: A breakdown of all the winners, parties, gossip, reactions and early ratings. — Matthew Belloni and Erik Hayden. 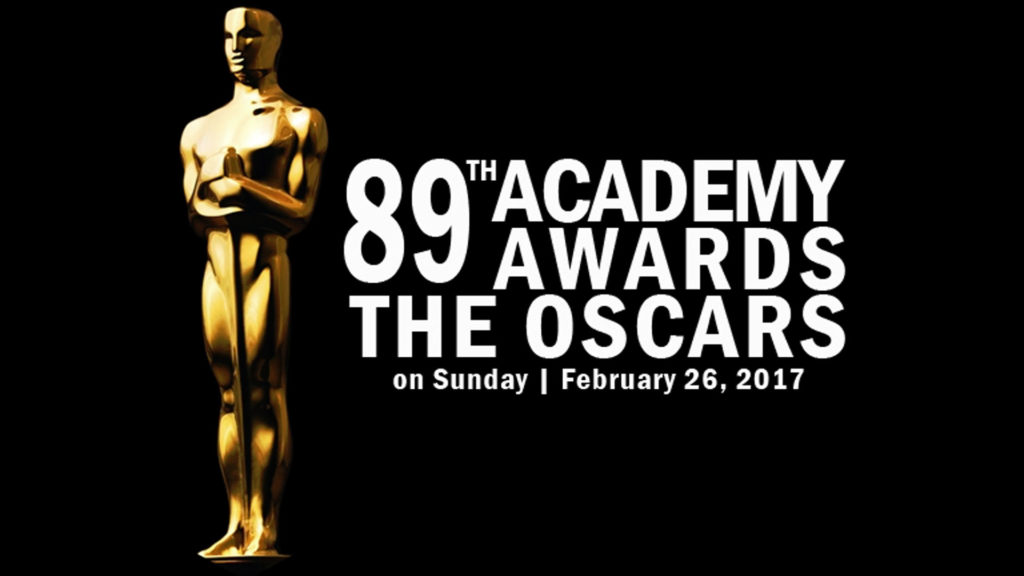 BIGGEST OSCARS FLUB EVER? Daniel Fienberg writes: Everybody’s gonna remember the 2017 Academy Awards. Now will we remember anything other than things going pear-shaped in the end? Will we do anything other than second-guessing who made what mistake and who should have stopped things when?

Could Beatty or Dunaway have paused at that crucial juncture and screamed, “Hold on a second!” Somebody probably could have, yeah. And Beatty passing the final word along to Dunaway probably wasn’t his best look. Should there have been an accountant somewhere near the stage who could have instantly yelled, “Nope!” and gone running onstage waving his or her arms? Maybe? Dunno.
THE APOLOGY Accounting firm PricewaterhouseCoopers, which has overseen the Academy’s ballot-counting process for 83 years, fell on its sword: “We sincerely apologize to Moonlight, La La Land, Warren Beatty, Faye Dunaway, and Oscar viewers for the error that was made during the award announcement for best picture.”
PWC’s statement: “The presenters had mistakenly been given the wrong category envelope and when discovered, was immediately corrected. We are currently investigating how this could have happened, and deeply regret that this occurred.”
THE REACTION
— Moonlight winner Mahershala Ali: “It’s very hard to feel joy in a moment like that,” though he added, “I feel very fortunate for all of us to have walked away with the best picture award. It’s pretty remarkable.”
— Moonlight winner Barry Jenkins: “No explanation; things just happen,” he said. “I will say I saw two cards. I wanted to see the card, and Warren refused to show the card to anybody before he showed it to me. He said, ‘Barry Jenkins has to see the card. He needs to know.'”
— La La Land winner Emma Stone: “I f—ing love Moonlight,” she said. “Of course it was an amazing thing to hear them say La La Land — we would have loved best picture, but we’re so happy for Moonlight.”
— La La Land producer Justin Horowitz: “I was ecstatic, it was amazing. I thought we won an Oscar … Some guys in headsets started buzzing around. It became clear that was something wrong.”
— CBS CEO Leslie Moonves: “It’s a self-inflicted wound. The accountant has one job, to hand the guy the envelope. I don’t understand how something like that happens.”
THE OTHER FLUB In what would’ve certainly garnered more attention in any other year, the photo of a living producer was shown in the In Memoriam segment. A photo of veteran Australian film producer Jan Chapman was mistakenly used instead of that of her late friend and colleague Janet Patterson. What happened I The photo.
THE RATINGS Michael O’Connell reports: Early numbers have the lengthy show off 4 percent from comparable stats in 2016, averaging an overnight 22.4 rating among metered market households. That measurement, courtesy of Nielsen, is shy of last year’s — which saw its overnight score (a 23.4 rating) ultimately translate to 34.43 million viewers.

THE WINNERS That’s Moonlight screenwriter Tarell Alvin McCraney and director Barry Jenkins in the press room. Moonlight, which earlier in the evening picked up awards for supporting actor Mahershala Ali and its adapted screenplay by director Jenkins and McCraney, celebrated as it had the day before when the A24 release was also hailed as the year’s best feature at the Spirit Awards. A “Celebration of Diversity.” I Full winners list.

EXPLAINING THE UPSET Scott Feinberg writes: One can only assume that the Academy’s use of a “preferential ballot” — which is intended to reward widespread consensus over limited passion, and which is employed at only one other awards ceremony, the Producers Guild Awards, the top prize of which, I repeat, La La Land won this year — played a role in Moonlight’s win.
The theory: Rather than soliciting a single choice for best picture, as with other categories, this part of the ballot invites up to five choices, ranked in order of preference, and then works backwards to determine which film appeared the highest — not just at number one — on the greatest number of ballots.
The Academy began employing this approach seven years ago for the first Oscars in 66 years at which more than five films could compete for best picture — and in four of those years, including this one, voters awarded best director to a filmmaker other than the one who made the film to which they awarded best picture. This suggests to me that, for better or worse, the preferential ballot is having a substantial impact on the results in the best picture category.

WINS BY FILM La La Land, 6, Moonlight, 3, Hacksaw Ridge, 2, Manchester by the Sea, 2, Fences, 1, Suicide Squad, 1, Fantastic Beasts and Where to Find Them, 1, O.J Made In America, 1, Arrival, 1, The Salesman, 1, Piper, 1, Zootopia, 1, The White Helmets, 1, Sing, 1.
BIG NIGHT FOR AMAZON TOO Hilary Lewis notes: Amazon won three Oscars, with Manchester by the Sea taking home best original screenplay and best picture honors and Iran’s The Salesman, which the streaming service is distributing in the U.S., winning best foreign-language film. Netflix also won an Oscar for best documentary short, which went to The White Helmets, which the streaming service produced and distributed.
SNUBS, SNUBS, SNUBS Hidden Figures went into Sunday night up for three awards, but left without any. Also going home empty-handed after this year’s Oscars were Lion, up for six awards; Hell or High Water, nominated for four; Jackie, up for three. And Arrival only won one award, for best sound editing, after receiving eight nominations. And more.

WHAT ABOUT KIMMEL Fienberg notes: The rest of the show? It seems so long ago now. I remember that I thought Kimmel gave a good-not-great monologue. Three stars out of four? B or B+ if I’m grading?

THE PARTIES What happened at the Governors’ Ball after the epic snafu? How did Elton John’s viewing party react? What was Casey Affleck’s hero’s welcome like at the Amazon afterparty? THR reporters were on the scene, here’s the play by play. The Party Diary I Party Photos.
THE STATEMENTS Stephanie Chan observes: Blue ribbons hit the Oscars red carpet big time. The reason behind the fashionable flair? The American Civil Liberties Union’s new “Stand with ACLU” initiative. Ruth Negga’s stylist Karla Welch outfitted the Loving actress in the ribbon on her red Valentino gown, while Moana’s Lin-Manuel Miranda and his date for the evening, his mom, both wore the ribbon on the carpet, too. Red Carpet Photos.
THE STYLE Booth Moore writes: It was an Oscars red carpet without a gasp fashion moment, save for Halle Berry’s surprising new curly ‘do. Stars kept things understated, perhaps to weather the stormy political mood. Gone were the high leg slits and nearly nude looks of seasons past. Classic seemed to be the watchword for the night. Red Carpet Review.

FUN FACT Feinberg notes: Kevin O’Connell, a brilliant sound mixer who has accumulated 21 nominations over the last 33 years, finally was recognized with his first win, meaning someone else now becomes the most nominated man in history without an Oscar to his or her name. Details.

TRAPPIST-1, also designated as 2MASS J23062928-0502285, is an ultra-cool dwarf star located 39.5 light-years (12.1 parsecs) from the Sun…Also A light-year is a unit of length used to express…
Next Post: Kris Krohn, Brooklyn Artist, Carpenter, Construction Guru and a Good Samaritan. Kris share his talents and artwork, go to the website to see his creativity