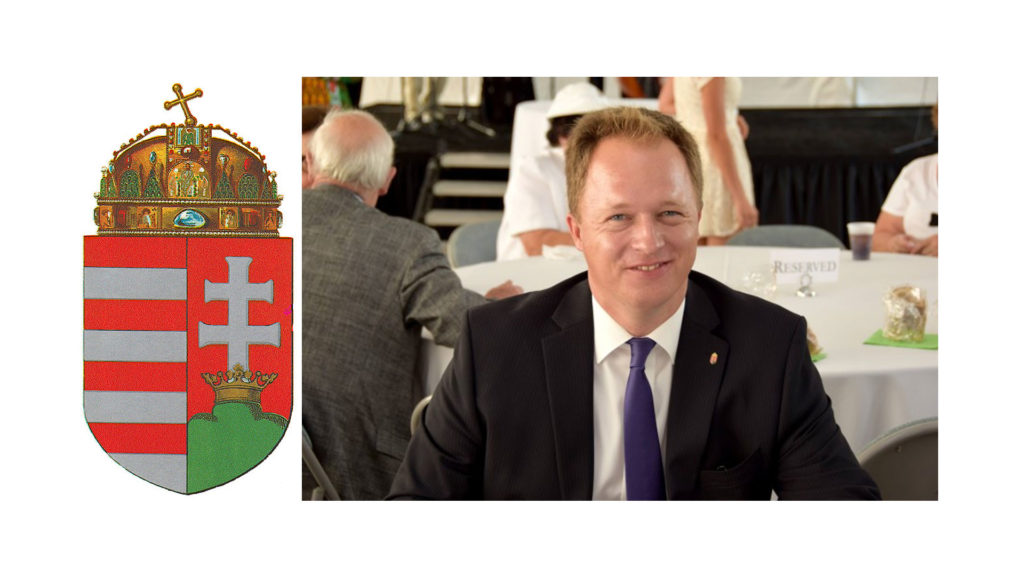 
NEW YORK–October 19, 2016. For Immediate Release: On the occasion of the 60th Anniversary of the Hungarian Revolution of 1956 the Hungarian Consulate General in New York, the Hungarian Cultural Center, and the Glowing Bulbs Visual Arts Collective are engaging in a major undertaking by bringing the legacy of the Revolution to the public — the universal message of freedom and self-determination.

Media Representatives were invited to attend the following events Additionally, media is welcomed to use this footage, please let us know at paul.sladkus@goodnewsbroadcast.com. Technical Note: The sun shined brilliantly that day and created sun spots in the camera on some stories, as God shined down to strengthen the message of Freedom. Freedom is a right along with peace and by listening to many of the interviews of Freedom Fighters you will hear how important it is. Thanks. Paul

A reception marking the Hungarian National Day Anniversary will be held at the Hungarian Consulate General, 227 East 52d Street, NYC. This will commemorate the 60th anniversary of the 1956 Revolution, with Hungarian American organizations and representatives of the Hungarian Government in New York.

A large scale video mapping installation in DUMBO will tower above the Pearl Street Triangle, at a height of over 90 feet, using state of the art video mapping technology, bringing to life the heroic story of the historical events that toppled an oppressive Stalinist regime to achieve self-determination, freedom and democracy. The area of DUMBO, Brooklyn, at the heart of New York City’s video mapping scene, has emerged as a premier art center.

A public event will take place at Riverside Park and 113th Street, when a new permanent memorial honoring the freedom fighters of the 1956 Hungarian Revolution, will be presented. Survivors of the Revolution, as well as public officials and dignitaries, will participate in the dedication ceremony.

The Spirit of Hungary, Performance by the Hungarian National Dance Ensemble.
Witness the debut of the brand new show of Hungary’s pre-mier folk dance company featuring contemporary and thematic dances of the revolution, created especially for the anniversary.

According to Ambassador Ferenc Kumin, Consul General of Hungary in New York, “America has a direct connection to the Hungarian Revolution and its aftermath. After the Freedom Fighters were defeated by the overwhelming force of Soviet troops and tanks, over 200,000 Hungarians fled their homeland to avoid imprisonment. This included hundreds of students who would have made major contributions to a democratic country. About 40,000 persons found new homes in this country, which offered them welcome and refuge.”

Fundraising For Haiti On November 3, 2016
Next Post: VIDEO – Cynthia travels from the Westside of Chicago (Go Cubs!) to Celebrate her Birthday in New York with dear Friends –