You are here: Home / Good News To Go / Styrofoam Mom 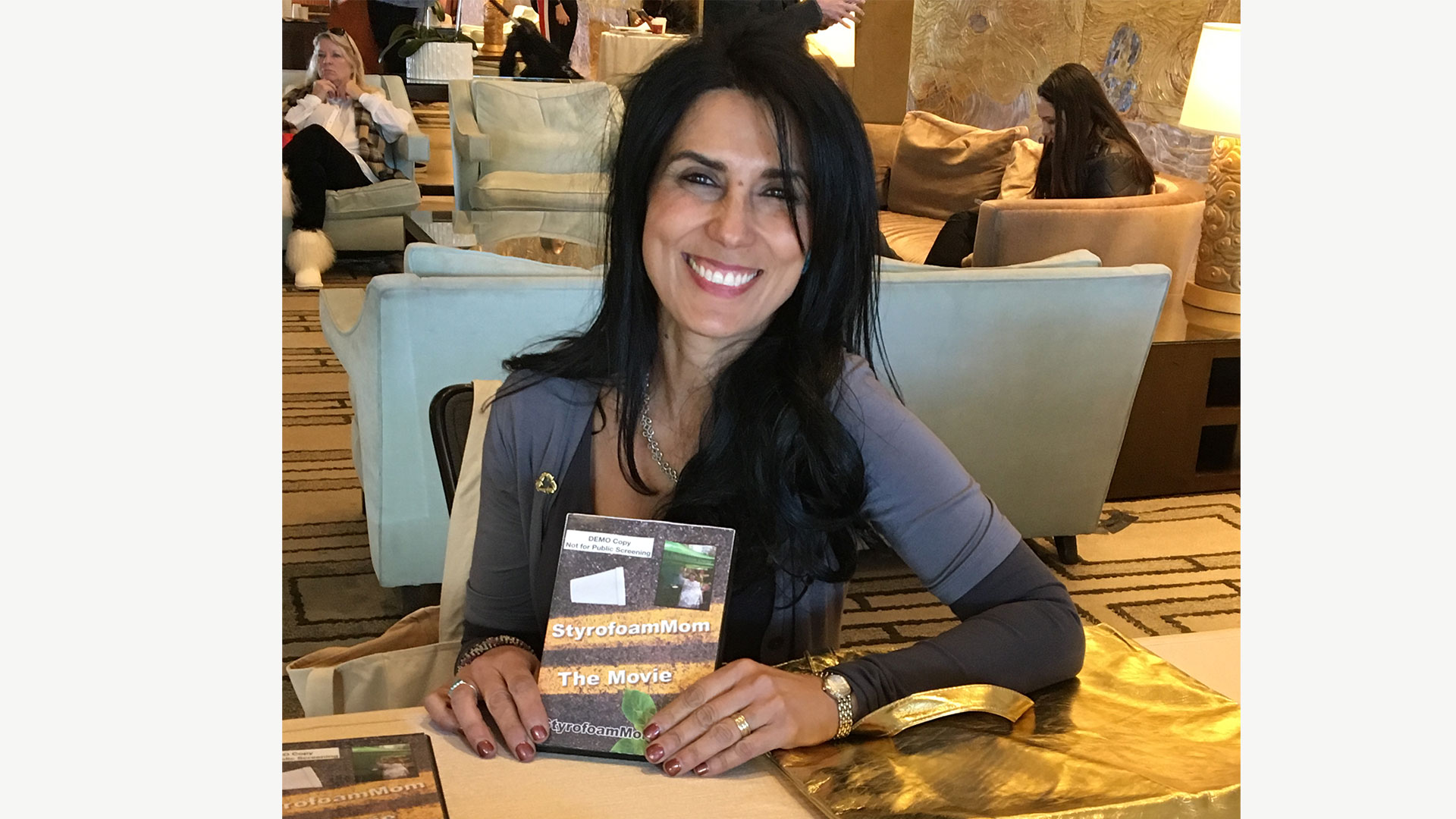 Miriam Gennari is an independent filmmaker and StyrofoamMom is her first film. She is host of the radio program “Sustainable Scoop” which examines sustainable environmental practices in her community of Arlington, Virginia.

She has produced the podcast for 8 years and served as a leader and activist in her community. The decision of Amazon to locate their headquarters in her community led to her decision to release StyrofoamMom with the aim of stimulating dialogue about the elimination of single-use plastic and styrofoam form the waste stream.

Miriam is married to Paul Gennari and they have three daughters and a cat named Blondie and a dog Elvis. 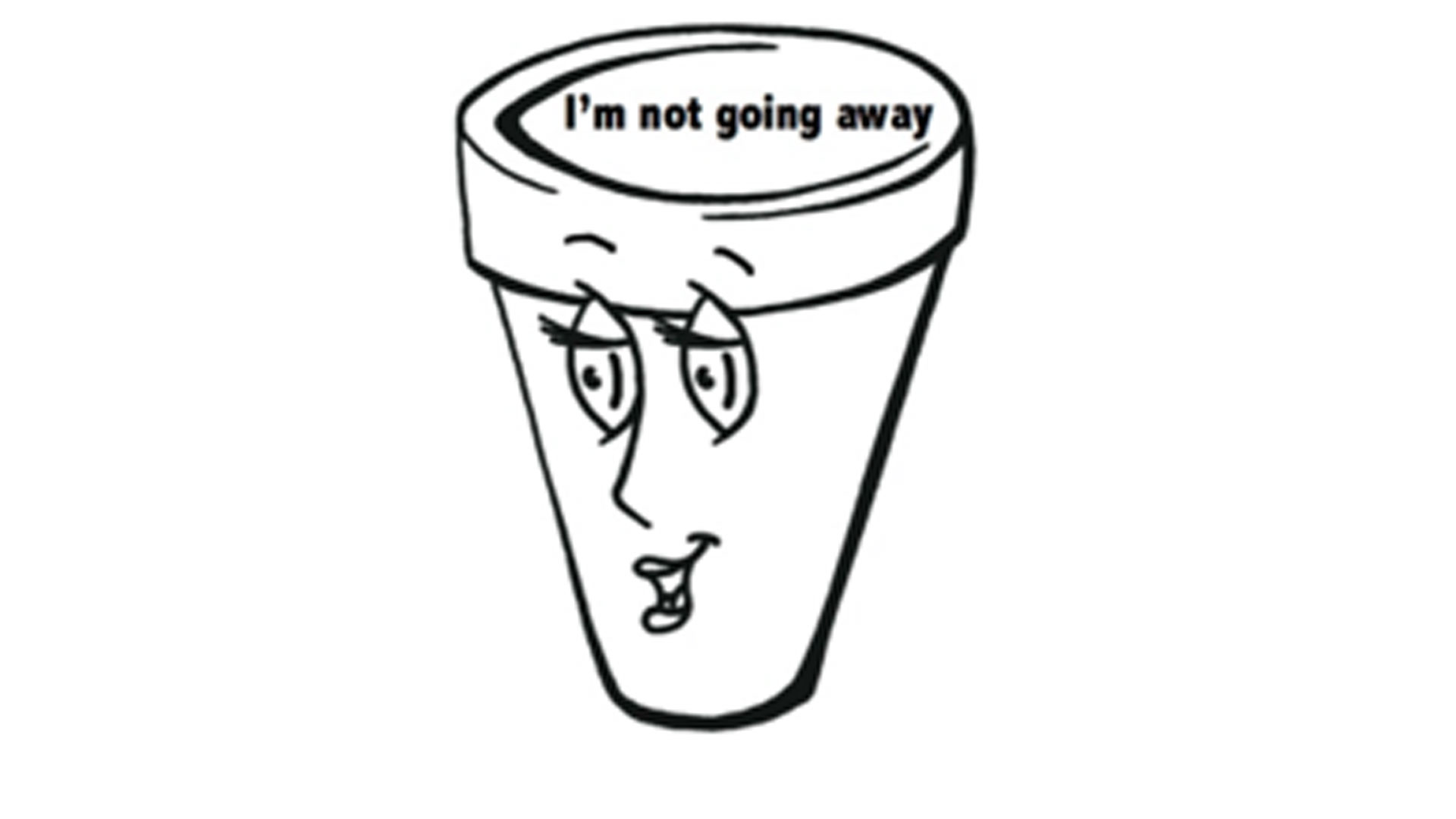 StyrofoamMom is an environmental film that examines the challenges involved in eliminating single-use plastics and specifically ESP or Expanded Polystyrene.

The film includes interviews with Cheryl Kaagen, a Maryland State Senator, concerned with the impact on the Chesapeake Bay and the fish, wildlife and public health of her state.  Greg Kasten, President and CEO of Ocean Pro Industries & Profish, Ltd., in Washington, DC, gives his perspective on the use of styrofoam in the fishing industry.  Alexandria Dysard, Director of Sustainability, Mom’s Organic Market, addresses the challenge to keep styrofoam out of the retail grocery chain and recycling the product.  Michael Levy, American Chemistry Council, discusses the efforts of his organization to recycle Styrofoam.   Gennari also focuses on the removal of styrofoam from Fairfax county schools through her interviews with youth.  Baltimore Beyond Plastic is an organization whose spokeswomen led the charge for Maryland styrofoam legislation.

Gennari gives air time to these collective voices in her film which is dedicated to improve the health and well being of her community, the oceans and the marine life affected by single-use plastics and styrofoam.  The increasing popularity of ordering products via the Internet has led to the proliferation of styrofoam and threatens our environment.  Gennari takes a look at solutions to the current challenges communities face as they seek to eliminate styrofoam use.

Her #holdthefoam campaign has received global attention through Arlington Public Media on her program Sustainable Scoop in Arlington, Virginia, and throughout the country.  The film StyrofoamMom was released in March 2019 and is set to be screened in film festivals and with environmentally responsible organizations like the Sierra Club, the Center for Concern in Washington, DC, universities and trade associations.

Gennari welcomes your contributions to support screenings near you and in your community.

ARLINGTON, VA – Miriam Gennari hosts the weekly podcast “Sustainable Scoop” and it is available on YouTube.com. (Photo Courtesy of Metromakeover).