You are here: Home / Archives for Ashraf Ghani 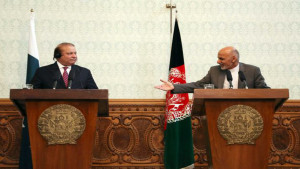 KABUL, Afghanistan — Afghan officials are holding talks with Taliban representatives in the Pakistani capital in their first official face-to-face discussions, which the Afghan president said Tuesday were aimed at starting full-fledged negotiations. The talks in an unannounced location in Islamabad come after repeated informal meetings between Taliban and government representatives, most recently hosted by Qatar and Norway. But the new talks were the first formally acknowledged by the Afghan government; that and the semi-public nature of the talks suggested possible progress after years of frustration in trying to bring the two sides together. Pakistan's prime minister, Nawaz Sharif, called the holding of the talks "a major breakthrough" in comments recorded for Pakistani TV from the … END_OF_DOCUMENT_TOKEN_TO_BE_REPLACED

In 2020 we will take our event to 193 countries and other locations to create the largest world gathering & broadcast to share Peace, … END_OF_DOCUMENT_TOKEN_TO_BE_REPLACED