You are here: Home / Archives for jaybird 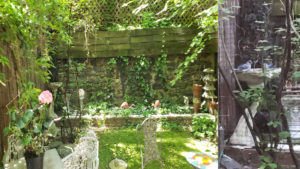 The blue jay (Cyanocitta cristata) is a passerine bird in the family Corvidae, native to North America. It is resident through most of eastern and central United States, although western populations may be migratory. Resident populations are also found in Newfoundland, Canada, while breeding populations can be found in southern Canada. It breeds in both deciduous and coniferous forests, and is common in residential areas. It is predominantly blue with a white chest and underparts, and a blue crest. It has a black, U-shaped collar around its neck and a black border behind the crest. Both sexes are similar in size and plumage, and plumage does not vary throughout the year. Four subspecies of the blue jay have been recognized. The blue jay mainly feeds on nuts and seeds such as acorns, … END_OF_DOCUMENT_TOKEN_TO_BE_REPLACED

In 2020 we will take our event to 193 countries and other locations to create the largest world gathering & broadcast to share Peace, … END_OF_DOCUMENT_TOKEN_TO_BE_REPLACED