You are here: Home / Archives for stated 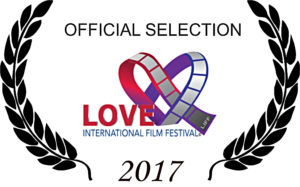 Ata Servati Podcast Come Celebrate a Week Of Love, Peace, & Healing Through Cinema 2017 Love International Film Festival (LIFF) Supporting, The Lotus Light Children’s Charity Set For, July 18-22 in Beverly Hills, CA Beverly, CA - (ANS - 12 July) The 2017 Love International Film Festival (LIFF), which will benefit his Lotus Light Children’s Charity (TLLCC) has been organized to promote a week of love, peace and healing through the art of cinema and will take place July 18th to 22nd. The event will focus on bringing films and filmmakers from across an international community whose work embodies the fundamental message of love and contribution. Screenings of films from over 12 countries and all over the United States will take place at the iconic Laemmle's Music Hall 3 in Beverly … END_OF_DOCUMENT_TOKEN_TO_BE_REPLACED 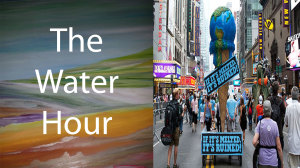 September 21, 2014. Good News and Ben and Jerry’s are the last groups at the March. Ben and Jerry’s globe stated if it is melted it is ruined. We here at Good News with our series, The Water Hour are fully aware of the concerns of WATER. We helped create World Water Day at the UN with our associate Phil Sauers of the World Water Rescue Foundation. Our participation at the march was for Peace and for Water, in fact we feature a song that Pete Seeger titled Water not Weapons. Go to www.goodnewsplanet.com Here is a link to the Ben and Jerry story. http://www.benjerry.com/whats-new/climate-march-recap The People’s Climate March - This is just the beginning September 25, 2014 On September 21st, 400,000 people took to the streets of New York City to demand action, not rhetoric, from the … END_OF_DOCUMENT_TOKEN_TO_BE_REPLACED

In 2020 we will take our event to 193 countries and other locations to create the largest world gathering & broadcast to share Peace, … END_OF_DOCUMENT_TOKEN_TO_BE_REPLACED