You are here: Home / Archives for wing 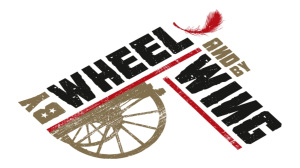 Holocaust Remembrance and Chanukah Special Broadcast!! By Wheel and By Wing  is a remarkable and unusual true story of Holocaust survival. It is based on the experiences of the Parnes family – two parents, seven children, and the “bad boy” who joined and protected them because he was in love with the oldest daughter. Stars of Yiddish musical theatre who are well-liked by the local Communist government, the family plans to hide in a basement when the war arrives in their small town of Skalat on the Polish/Ukraine border. But when local bullies threaten to turn the oldest son over to the invading Nazis, he flees to the next town, followed by his sister, then by the rest of the family. Finding themselves unable to return to their home where fighting is in full force, they begin a … END_OF_DOCUMENT_TOKEN_TO_BE_REPLACED

In 2020 we will take our event to 193 countries and other locations to create the largest world gathering & broadcast to share Peace, … END_OF_DOCUMENT_TOKEN_TO_BE_REPLACED