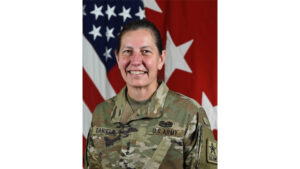 SHE JOINS US NOW DURING NATIONAL WOMEN’S HISTORY MONTH, TO TALK ABOUT HER HISTORIC ROLE, AND TO RECOGNIZE THE ACHIEVEMENTS OF AMERICAN WOMEN IN THE MILITARY.

Legendary Rock Musician John Oates Joins Forces With Brass-Playing Sensation Saxsquatch to Reimagine the 1982 Classic Hit “Maneater” on Monstercat
Next Post: Without animals and plants the people of the world die, without man/woman the world flourishes