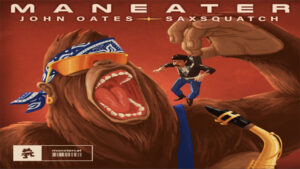 In an unlikely fusion of two musical greats, the iconic John Oates of Daryl Hall & John Oates has teamed up with the viral sax-playing star Saxsquatch, to transform the original chart-topping hit “Maneater” into an electro-spun classic. Injected with club-inspired grooves and dance-floor worthy basslines, the duo put a modern spin on the Daryl Hall & John Oates #1 record, fit for new audiences across eras and genres.

Out on Monstercat today, the remake comes with a visual journey into each artist’s stomping grounds, from Addiction Sound Studios in Nashville, to the depths of the bountiful forest. Grooving their way through the psychedelic animations in the video, John and Saxsquatch are the pair you didn’t know you needed.

John Oates shares, “I’ve had a lot of otherworldly experiences in my career but none as mystical and magical as this collab with the amazing, soulful Saxsquatch. He brings the funk out of the forest and puts a smile on the face of the world. Meeting him in the woods to shoot the video was a life changing moment. As soon as we began recording, I knew we had something special. The mark of a good song is that it can be reimagined in lots of ways and this is without a doubt the coolest version I’ve ever heard.”

Saxsquatch adds, “I like music that gets people’s big feet tapping along. It’s been a tough year for everyone. We could all use music and stories that help us dance and feel less alone. I know a lot about feeling alone.”

Saxsquatch is one of the biggest live streaming musicians in the US, with 300k weekly views, and Facebook’s #1 recurring music show, ‘Live From the Woods’. His unique blend of saxophone, electronic music, and Bigfoot folklore has catapulted him to viral fame, earning 1.5M followers and recognition from instrumentalists around the world.

John Oates’ legacy precedes him as a solo artist and half of the Rock & Roll Hall of Fame-inducted duo, Daryl Hall & John Oates. Since forming in the early ‘70s, the duo have gone on to record 21 albums, which have sold over 80 million units, making them the most successful duo in rock history, best known for hits like “You Make My Dreams (Come True)”, “Rich Girl,” and “I Can’t Go For That (No Can Do)”. 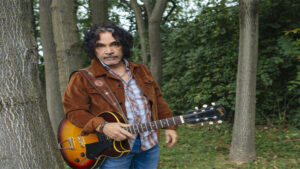 John Oates is one half of the best-selling duo of all time, Daryl Hall & John Oates, as well as an accomplished solo artist. He is a member of the Rock and Roll Hall of Fame, The American Songwriters Hall of Fame, recipient of the prestigious BMI Icon Award as well as numerous American Music, MTV awards, and multiple Grammy nominations.

Since forming his creative partnership with Daryl Hall in the early 1970s, they have gone on to record 21 albums, which have sold over 80 million units, making them the most successful duo in rock history. They have scored 10 number one records, over 20 Top 40 hits, and have toured the world for decades. Their involvement in the original “Live Aid” concert and the groundbreaking “We Are The World” charity recording have further established them as legendary artists, who have personally and through their music, stood the test of time.

Since embarking on a solo career in 1999, John has recorded seven solo albums: Phunk Shui, 100 Miles of Life, Mississippi Mile, The Bluesville Sessions, Good Road To Follow, Arkansas and most recently Live from Nashville with the Good Road Band. In addition, his 2017 autobiography “Change of Season” released by St. Martin’s press became an Amazon best seller.

This year John and his wife Aimee have partnered with the streaming broadcast service NugsTV and co-producer Drive Entertainment Group to create a virtual celebration of stories and songs called “OATES SONG FEST 7908“. Inspired by a live series of shows that they created in 2010 at the historic Wheeler Opera House in Aspen, CO.

“OATES SONG FEST 7908” will be a free streaming concert with all donations and proceeds going to FEEDINGAMERICA.ORG. The broadcast will feature an all-star roster of artists all of whom have volunteered their songs and performances to help families without food across the nation. My wife Aimee and I are committed to Feeding America’s mission to feed America’s hungry through a nationwide network of member food banks and engage us all in the fight to end hunger. In a country like ours…no family should have to go without food.”

John continues to tour the world with Daryl Hall, and perform solo as both a musician and public speaker. He also produces, collaborates and develops new artists and has recently completed a series of songs for the upcoming feature film “Gringa” to be released soon.
John and his wife Aimee reside in Nashville, Tennessee and Aspen Colorado. 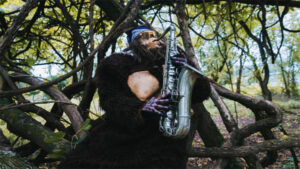 Saxsquatch is the saxiest and smoothiest squatch in the woods. You can hear him tickling the brass and dancing with his big feet from miles away. The MVP of social distancing has become a viral star with a sold-out national tour and the #1 live streaming music show in the US.