You are here: Home / All We Need Is Love / Children and Parents / Beth Le Manach is responsible for overseeing the video content across DECA’s women’s properties and managing talent relations. 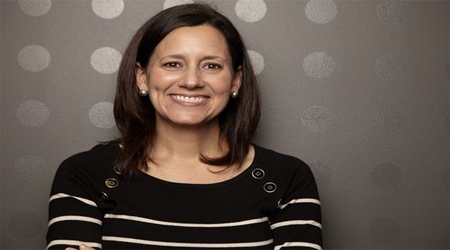 Prior to joining DECA, Beth was the beauty and fashion producer for HoneyShed.com; an online video site specializing in e-commerce and funded by the Publicis Groupe. As HoneyShed’s beauty and fashion Producer, Beth was responsible for producing over 130 branded segments for popular brands such as Sephora, Revlon, Benefit, The North Face, Reebok and more.

Prior to joining HoneyShed, Beth served as the Development Executive and Supervising Producer for Homerun Entertainment where she developed and pitched show ideas to major cable network as well as managed several series in production. Le Manach was also responsible for producing Homerun’s branded entertainment projects for national advertisers.

According to a new study by Nielsen released this month, “Women are the world’s most powerful single demographic. They control the majority of household spending decisions, their influence is growing, and they are increasingly exercising this new-found power in a variety of ways.”

As a pioneer in the women’s digital media industry, DECA produces high-quality video content targeting women, including the award-winning series Momversation. DECA’s KinCommunity channel on YouTube builds on the company’s in-house expertise of creating women-centric programming. In addition to its studio business, DECA partners with many of the world’s most reputable media companies, content creators, influential bloggers and advertisers to syndicate high-quality online video across its scaled network called Her Channel that currently reaches more than 35 million users.

“As a mom, I visit many sites targeting women like me, but when I look at the actual programming, I often feel it speaks to women as moms first and women second.” said Beth Le Manach, Vice President, Programming for DECA. “With KinCommunity, we wanted to speak differently to the multi-dimensional aspects of today’s woman who is constantly balancing the tensions between caring for everyone else and caring for herself.”

“We are thrilled to partner with YouTube to build a truly unique women’s brand. Our deep understanding of female audiences, track record of creating high-quality, social and interactive content and the success of our network of sites are a great foundation for launching KinCommunity,” said Michael Wayne, Co-Founder & CEO of DECA. “KinCommunity further advances DECA’s content mission to inform and entertain women everywhere.”

At launch the KinCommunity channel will feature 17 videos from two original series: “KinEats” and “KinStyle.” KinEats will feature ten episodes of simple everyday recipes from a variety of sources including bloggers, influencers as well as real women from the KinCommunity. The series communicates that daily meal prep can be both efficient and artful.  Each video is a sensory experience that emphasizes beautiful photography, soulful music, and personal storytelling. KinStyle launches with seven episodes, featuring fashion bloggers and affordable clothing (each featured look will never cost more than $100) for every size and shape told via quirky sets and playful commentary. Additionally, e-commerce enabled links will allow viewers to purchase the featured fashion.

In the coming months, KinCommunity will introduce more series to its slate of original programming, including ‘KinParents’ – a humorous take on parenthood – and ‘KinStory’ – a daily, docu-reality series. To see KinCommunity and its original slate of programming on YouTube, please visit: http://www.youtube.com/kincommunity

DECA is a leading women’s digital media company that creates and syndicates premium video content. The company was established in 2007 and owns DECA Studios, Her Channel and a portfolio of owned and operated sites including Momversation.com, HerSay.com, GoodBite.com, ParentsAsk.com and CoolMom.com. As a pioneer in the women’s digital industry, DECA partners with many of the world’s most reputable media companies, content creators, influential bloggers and advertisers to syndicate high-quality online video across its scaled network. Headquartered in Santa Monica, DECA is funded by Mayfield Fund, General Catalyst Partners, Rustic Canyon Partners and Atomico. For additional information about DECA, please visit: www.deca.tv