From Day Tours to BlockBuster Events, Bannerman Island on the Hudson 2016 Season Showcases the Best of Hudson Valley Heritage and Cultural Tourism 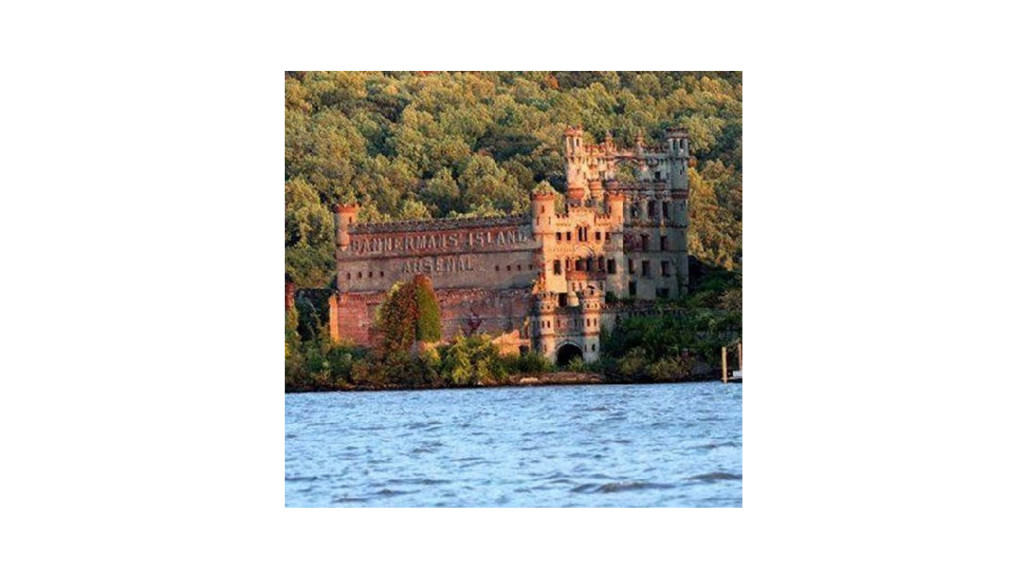 Beacon, New York, January 16, 2016 – The popular tours of this historic, picturesque island in the Hudson River just south of Beacon and Newburgh, NY, kick-off April 30th with visits to the former Bannerman residence and castle. The island will host a series of concerts and other special events throughout the summer including two Hudson Valley Shakespeare Co. productions and the sixth annual Chef’s Farm Fresh Dinner. The Island also offers a unique opportunity for private functions/rentals.

The Bannerman Castle Trust, Inc. is the official New York State Office of Parks, Recreation and Historic Preservation’s (NYSOPRHP’s) “Friends” organization for Bannerman Castle on Pollepel Island and a 501(c)(3) charitable organization. Bannerman Castle Trust, Inc. PO Box 843 Glenham, NY. 12527. Web: www.bannermancastle.org, Phone: (855) 256-4007
SEASONAL TOURS/SPECIAL EVENTS
THIRD SUNDAY MUSIC/PERFORMERS SELF-GUIDED TOURS
On the third Sunday of every month, The Bannerman Castle Trust presents a musical or theatrical performance as part of a special self-guided tour of the island. Along with hearing a wonderful band, singer or theatrical performer, an optional 20 minute history tour and a 15 minute hike to the summit are also offered. This is a great tour for photographers. It is also ideal for families with small children. Bring a picnic lunch and enjoy our Third Sunday Music/Performers Tours. Acts for these tours will be announced. Third Sunday Tour Dates: May 15, June 19, July 17, August 21, September 18, October 16 Tickets: Call Zerve (855) 256-4007 or book online at www.bannermancastle.org.

BANNERMAN ECO TOURS
Join the Taconic Outdoor Education Center and The Bannerman Castle Trust for an Eco and history tour of Bannerman Island. Your journey will take you to the summit on the island, where you will see some of the best views of the Hudson River. Schedule TBD of upcoming tours.

Join us Sat July 16th for a Garden Party Celebration Honoring the late Harrison Libby. The program includes guest opera stars Lorraine Helvick and Danielle Davis performing Opera Favorites with refreshments catered by Pandorica Restaurant of Beacon. Guest will also be treated to a self- guided tour of the island. The Estuary Steward will depart from Beacon at 3:00pm.Tickets are: $50 Adults,$45 Children . Reservations contact Zerve: (855) 256-4007 or at www.bannermancastle.org ;

The Hudson Valley Shakespeare Festival returns with two powerhouse productions. Shakespeare’s MacBeth, will be re-imagined with an all female cast! July 23rd and 24th

Hudson Valley Shakespeare Festival’s Conservancy, a company of young actors, will perform a comedy on August 14. Title to be announced. Great family show.

Just Off Broadway in cooperation with the Sugar Loaf Performing Arts Center, returns to Bannerman Island for another outstanding concert of a Broadway show featuring Broadway actors. Artistic director, Joyce Presutti, has wowed our audiences with her versions of Godspell, Brigadoon and Man of LaMancha. This year Joyce returns with Lerner and Lowe’s Camelot. Sept 17th & 18th.

SAVE ON SEASON TICKETS Buy all four shows and save $20 for season subscription tickets: Call (845) 831-6346 for season tickets or purchase one show on Zerve. Web site: http://www.bannermancastle.org

The Trust is dedicated to preserving Bannerman Castle as an educational, cultural, historical, and recreational facility that promotes heritage tourism in the Hudson Valley. To that end, we aim to coordinate resources and funding to stabilize…