Listen to “Robin Raskin, Founder of Living in Digital Times, speaks at CES with…” on Spreaker. 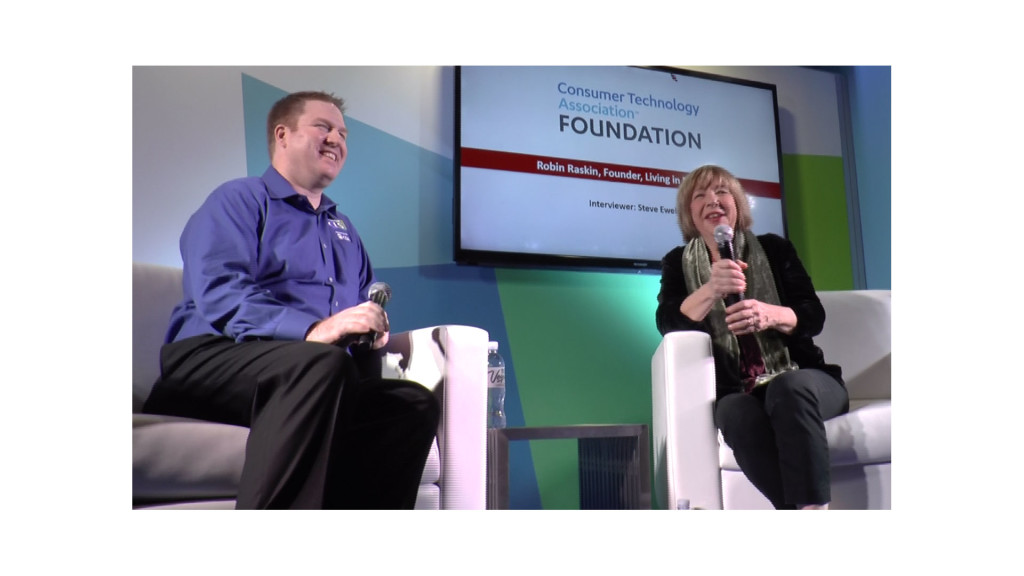 Living in Digital Times
Robin Raskin has been translating technology into consumer friendly terms for more than 25 years. Today she spends most of her time working with Living in Digital Times, a company that she founded in 2008. Living in Digital Times produces a number of lifestyle events, but its most important partnership is with the CEA to produce a series of conferences and exhibits at the annual International Consumer Electronics show each January in Las Vega. Visit Living in Digital Times for more info on the various lifestyle events staged at CES.
Raskin was featured as a daily columnist on Yahoo! Tech, she was the founder and editor-in-chief of FamilyPC, editor of PC Magazine, and columnist for USA Today Online and the Gannett News Service. Robin has won numerous prizes for her coverage of technology. She has authored six books about parenting in the digital age, for publishers including Random House, Simon and Schuster, and Hyperion. As a freelance writer, her work has appeared in such magazines as RedBook, Real Simple, FamilyCircle, PC World, PC Week, InfoWorld, Working Mother, Working Woman, Child, and Newsday, and on websites such as Mashable and the Huffington Post. Her most recent book, A Parents’ Guide to College Life (Random House, 2006) provides parents with practical answers to 180 “must ask” questions.
Raskin is an outspoken advocate for parental involvement in raising digital kids. She frequently addresses parents and educators, policy makers, and the high tech industry on topics like Internet safety and raising digital kids. Raskin has testified before the Federal Trade Commission on Internet safety, presented research to then-Vice President Gore on parental technology, and was part of then-First Lady Hillary Clinton’s series of meetings for women editors. She also served on the National Research Council’s Committee, which published “Tools and Strategies for Protecting Kids From Pornography and Their Applicability to Other Inappropriate Internet Content.”
Raskin lives in New York City and the Hudson Valley with her husband, three children who return occasionally, and a pile of ever-changing gadgets.