You are here: Home / Sponsors & Funders / Johnson & Johnson / Caring for a loved one with Multiple Systems Atrophy – Richard and Dorothy 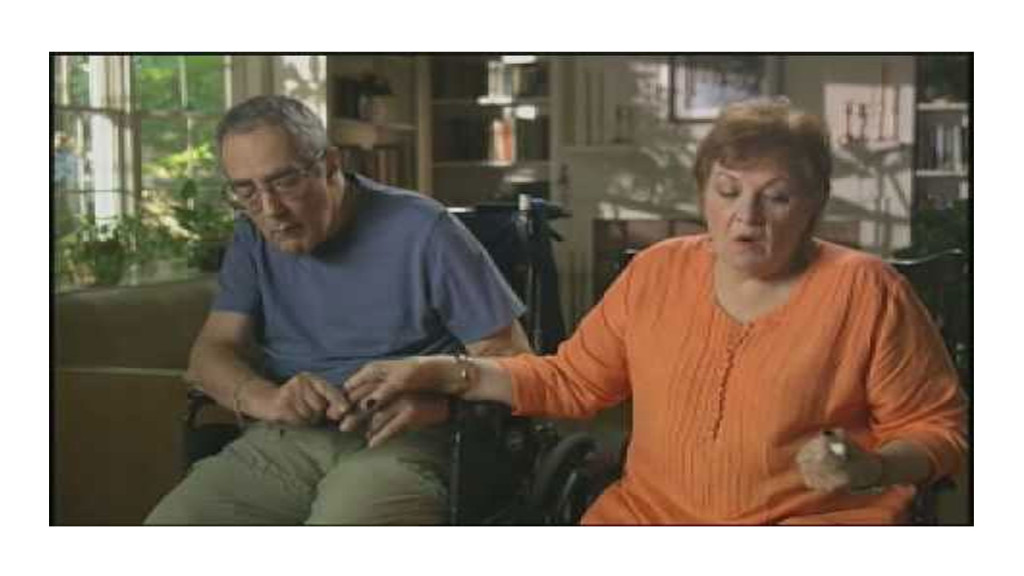 Richard Sudhalter was a very well known international jazz musician, jazz historian, teacher, and author. Dorothy Kellogg is a former special events manager and is now an executive with a non-profit in New York City. They met in 1998 when Dorothy hired Richard for an event. Their life was filled with world travel, Richard’s concerts, nights out at jazz clubs, and lots of romance and passion. Then, in 2003, Richard had a massive stroke. Thanks to his determination and Dorothy’s care, he was initially able to recover. But, in 2006, Dorothy began to notice that Richard was having new and different health issues. After a year of testing, they discovered that he had a very rare form of Parkinson’s disease called multiple symptom atrophy (MSA) that has no cure. Dorothy was Richard’s primary caregiver until he passed away on September 19, 2008 in New York City. Dorothy’s advice for other caregivers: “People who are caregivers have to go farther. They have to learn the symptoms and signs of their (loved ones) diseases. They have to become advocates, teachers, lecturers to everybody. And, most important, they have to have — and keep — their sense of humor.” Donations in Richard’s name are being accepted at www.jazzfoundation.org.{enclose JNJRichardDorothy.m4v}

Alzheimer’s and a Daughter’s Love- Terry and Eva
Next Post: Living with Severe Asthma- Michelle and Gary