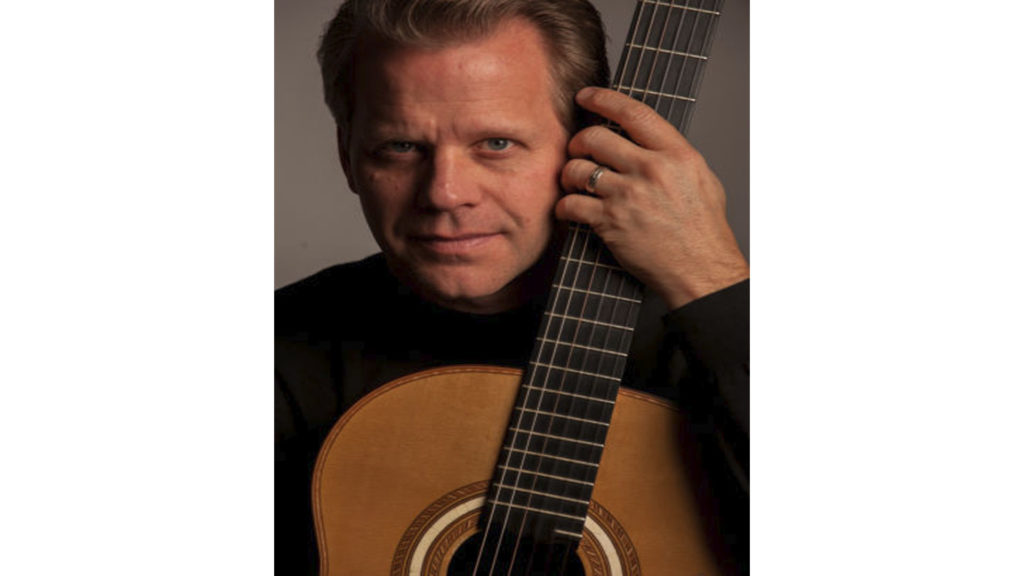 Highlighting works that connect with the listener on visceral level, “The Romantic Spirit” features the composers who, despite their immense technical gifts, manage to speak with an honest, clear, and passionate voice. The guitar was described by Schubert as a “mini-orchestra”, and it is an excellent vehicle to explore the changing harmonies, textures, rhythms and emotions characteristic of the last two centuries of art music. In addition to compositions by the seminal Romantic, Frederic Chopin, this program will feature works by Giuliani, Villa-Lobos, Tarrega, Barrios, and original work by the performer.

Guitarist and composer David Temple is a graduate of the Music School at Eastern Michigan University and is Vice President and Artistic Director for the Mid-Hudson Classical Guitar Society. He has presented concerts for the Festival of the Arts at Mohonk, the Philadelphia Classical Guitar Society, the Ulster Chamber Music Series, the Foothills Performing Arts Center, and many others. His mission is to create concerts full of color and variety, appealing to the newcomer as well as the aficionado. He has recorded four albums, highlighting four centuries of music, including his original compositions and arrangements.

David’s original music has been used internationally in films, television, and other media. In addition to instrumental music, he is composer and lyricist for two musicals in conjunction with playwright Rosary O’Neill. Both productions premiered at Bard’s Fisher Center under the direction of Deborah Temple, his wife. Their “Degas in New Orleans” had its NYC debut at the Arthur Seelen Theater on Times Square in January 2015, receiving strong reviews — and an invitation from the Sorbonne in Paris to present the production at their amphitheater.

Cornell Street Studios is located at 168 Cornell Street, Kingston, NY. It has been a multi-studio complex for the arts since 2007, created by Ken Darmstadt. In December 2008, his daughter Renée Darmstadt began planning art events for the space, has added fitness classes, and has spearheaded a variety of broad-based community events. Now, eight years later, there are on-going collaborations and ever-growing, exciting new developments.
Camera and editing Alexandra Manzano, host David Peterson for Good News.
# # #

If you know of anyone who would like to receive these emails, or if you no longer wish to receive them, let me know and I will add or subtract as requested. All emails are sent blind copy so that your address and identity remain private.

Thought for the Day
Next Post: Free Musical Celebration of Duke Ellington’s 118th Birthday on Saturday, April 29, 1 to 3 PM, at Duke Ellington Statue in NYC