DEVASTATING FLOODING SUMMER HURRICANES, EXTREME HEAT, WILDFIRES AND STORMS LOOM AS SOLDIERS IN THE U.S. ARMY STEP UP TO SUPPORT COMMUNITIES IN NEED

You are here: Home / Military / DEVASTATING FLOODING SUMMER HURRICANES, EXTREME HEAT, WILDFIRES AND STORMS LOOM AS SOLDIERS IN THE U.S. ARMY STEP UP TO SUPPORT COMMUNITIES IN NEED

Listen to “DEVASTATING FLOODING SUMMER HURRICANES, EXTREME HEAT, WILDFIRES AND STORMS LOOM AS SOLDIERS IN THE U.S. ARMY STEP UP TO SUPPORT COMMUNITIES” on Spreaker. 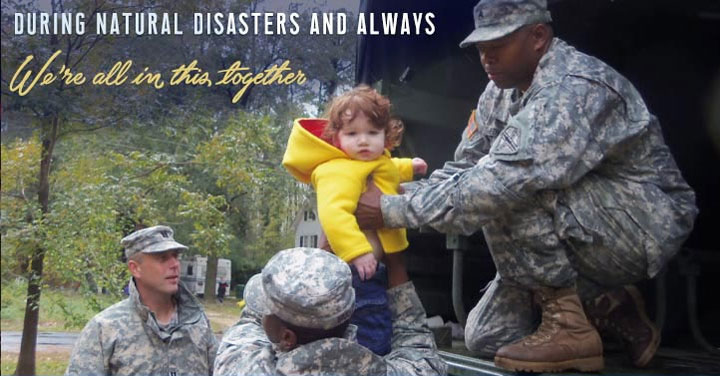 https://www.goarmy.com/
Another grueling severe weather season is upon us. Wildfires are expected to burn through millions of acres of land as Western states struggle with drought, while tornadoes, hurricanes, and violent storms are forecasted in other parts of the country.

Along with federal emergency agencies, the U.S. Army, with its combat readiness and organizational mobility, responds rapidly to natural and manmade disaster situations at national, state, and local levels.

Did You Know?
 The annual hurricane season in the Atlantic and Gulf of Mexico runs 1 June through 30 November, but fire is now a year-round threat, and the number and severity of wildland fires has increased.
 The U.S. military has been an important partner in wildfire suppression since the early 1900s when Army Soldiers served as firefighters in Western U.S.
 2021 was the 40th time that federal military ground forces have been mobilized to support wildland firefighting response efforts.
 Whereas most Army missions involve deploying overseas, ARNORTH is unique in its commitment to serving in the homeland helping protect people, property, and federal lands.

Since 2005, ARNORTH has responded to more than 40 storms including Hurricanes Katrina and Maria and several fire disasters including the 2021 Dixie Fire in California. On August 18th, join MAJ Wesley Todd and 2LT Lane Harwell as they discuss the role of the U.S. Army in disaster relief efforts including wildland fires, hurricanes, and more. Also learn about how Soldiers can serve their country and local communities in times of challenging weather events.

Ari Mittleman-“Paths of the Righteous”
Next Post: Thought for the Day…08/19/22