You are here: Home / All We Need Is Love / Children and Parents / Dr. Gary Harper – National Runaway Switchboard 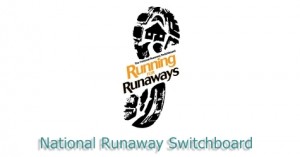 Interview Focus: April’s National Volunteer Month spotlights opportunities around the nation and invigorates people to give back to their community. Dr. Gary Harper, a professor at DePaul University in Chicago and a board member with the National Runaway Switchboard, can address the psychological effects of volunteering and discuss how communities can get involved in combating the runaway crisis – an issue that affects youth nationwide.

Dr. Harper to also discuss what are the latest findings from NRS’ trend report that show who is running and what their issues are, along with local call statistics. In fact, the latest trend report based on NRS’ call statistics since 2000, reveals that this crisis hasn’t slowed down. There has been an increase in:

About the National Runaway Switchboard: The National Runaway Switchboard, established in 1971, serves as the federally-designated national communication system for homeless and runaway youth. NRS, with the support of more than 150 volunteers, handles an average of 100,000 calls annually. NRS provides crisis intervention, referrals to local resources, and education and prevention services to youth, families and community members throughout the country 24 hours a day, 365 days a year. Over 13,000 youth have been reunited with their families through the NRS Home Free program done in collaboration with Greyhound Lines, Inc. The NRS crisis hotline is 1-800-RUNAWAY. For more information, visit http://www.1800RUNAWAY.org.