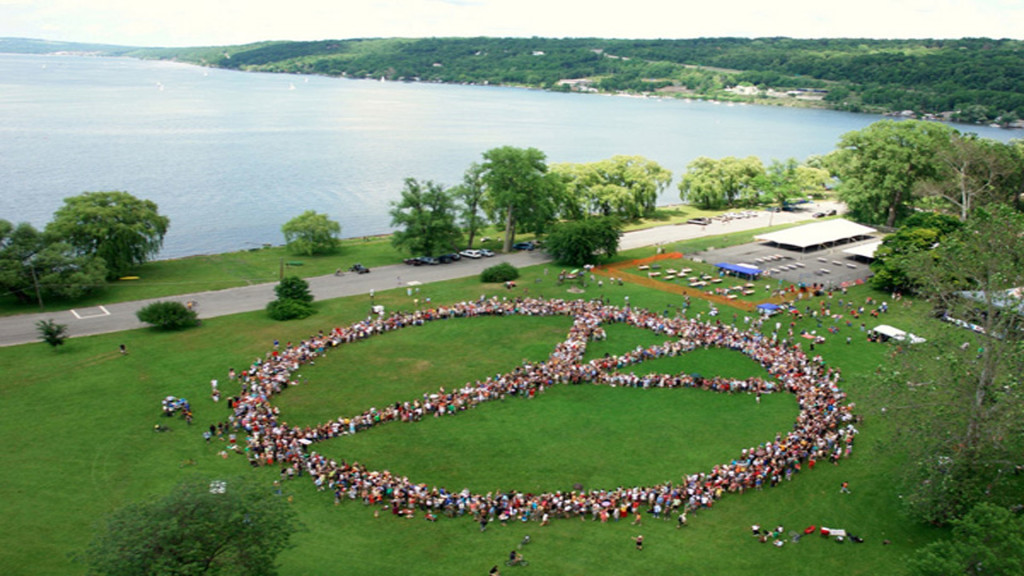 Stephen Longfellow Fiske shares his Earth Anthem, sung to the melody of the Star Spangled Banner, at our Good News Studio. Stephen talents are abounding and we talk about the Earth Anthem, it’s history and the up-coming Peace Sunday in Los Angeles of which he Produces. Our video interview will be broadcast shortly as part of our Special Peace Day Programs. www.stephenfiskemusic.com

The Evolution of a Song-A Brief History

The Star Spangled Banner was written as a poem by Francis Scott Key on the deck of a small boat September 14, 1814, as he observed the bombardment of Fort McHenry by the British during the War of 1812. After having already burned Washington, D.C. the British entered the harbor intent on sacking Baltimore. Inspired by the heroic American stand which turned back the powerful British Fleet, and by the sight of the American flag still flying after a day and night of heavy rocket exchange, Key jotted down some lines on an envelope and wrote out the verses when he later returned to shore. It was published the very next day on a handbill entitled, Defense of Ft. McHenry, and quickly met with wide public approval.

The melody to which the stanzas were written was that of an English drinking song, To Anacreon In Heaven. Anacreon was the convivial Greek poet whose verses celebrated love and wine, and who became the patron saint of The Anacreontic Society, a gentlemen’s club, whose enthusiastic and bawdy meetings had gained quite a reputation, and from whence the song became popular. To Anacreon In Heaven was sung in the taverns of Colonial America, and by 1814 was an American standby. To that tune, in 1798, Tom Paine had written a patriotic verse,Adams and Liberty, which became well known around the young nation.

But when Francis Scott Key’s verses were tacked on the doors of Baltimore’s taverns, his song was heartfully sung as a celebration of victory in war and national pride. As the popularity of Key’s song grew, the original Anacreontic song, Paine’s version, and other attempts to write verses (including one by Dr. Oliver Wendell Holmes), were forgotten and Key’s most popular verse, The Star Spangled Banner, became the favorite national song. In 1931, Congress officially designated it as the United States National Anthem.

Now, in the ongoing folk tradition of adding new verses to old songs, visionary singer, songwriter Stephen Longfellow Fiske brings the evolution of the song to the global perspective of the 21st century, blending democratic ideals, peace, and environmental harmony with his Earth Anthem.

A descendant of poet Henry Wadsworth Longfellow, Stephen is a poet in his own right, and has produced nine albums of his music. His most recent CD, Earth Anthem, How Do You Want Your World? features Stephen’s acapella/string arrangement of Earth Anthem, as well as ten other songs of peace, environmental, spiritual and social concerns. The CD has been getting rave reviews and is being well recieved by the buying public. Stephen and his partners are currently building Earth Anthem Enterprises to help promote Earth Anthem and create a socially responsible business serving a sustainable future.

Earth Anthem Video
“In Stephen’s new CD, he sings about what’s universally important for our planet and all people, strong voice, great musicality, combined with splendid arrangements. I give this CD my highest recommendation”
– Ed Begley, Jr. (actor, environmentalist)

“Stephen’s songs go beyond inspiration to act as a wise and passionate guide to the path and ways of peace. Stephen sings of a new way and a new day for humanity”
– Kristin Norton (Coalition for World Peace)

“The definitive songbook for the 21st century peace movement, heartfelt tunes, powerful honest lyrics crying out for justice, tolerance, and peace. Earth Anthem will join ‘This Land Is Your Land’ in America’s roster of incredible folk songs.”
– Stephen Rodhe (attorney at law)

” … an affirmation of planetary healing. I feel as though I can hear the earth saying, Thank you!.”
– Nancy Pearlman (trustee, Cal State University)

“…a wonderful reminder of our interconnectedness, a great collection of songs from a great human being and talented artist.
– Rev. Dr. David W. Randle

“Listen for yourself and then think about giving someone the gift of ‘Earth Anthem’. Make a difference in shaping the new world by turning someone onto the real evolutionary, revolutionary music.”
– Alan Hutner and Elizabeth Rose (hosts, Transitions Radio Magazine, Santa Fe, New Mexico)

4TH OF JULY PATRIOTIC TRAVEL DESTINATIONS AND DEALS:
Next Post: Good News thanks Isaiah for being such an inspiration.