You are here: Home / Communities / African / Forbes Best of Africa Awards Honors the Role of Leading Individuals from the Democratic Republic of Congo in contributing to the growth of Africa 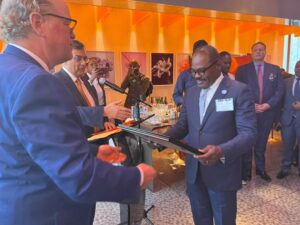 (New York, NY) Each year During the New York General Assembly Opening at the United Nations, Forbes Hosts their Forbes Best of Africa Awards 2022, which celebrate the work of leading lights whose individual efforts contribute to the growth of the African continent.

At a September 20th, 2022 reception held at the Museum of Art and Design at Columbus Circle sponsored by Invest Africa in partnership with Standard Chartered Bank and Divo International four individuals from the Democratic Republic of Congo (DRC) where honored for their work.  The DRC was identified by Forbes as deserved of special mention for the progress they have been making to improve their business climate and thereby attract investors.

Those Honored by Forbes included;

His Excellency Mr. Nicolas Kazadi, Finance minister, for his leadership in the growth of state revenues and the good management of public finances.

Mr. Pascal Kinduelo Lumbu for having dedicated his career to fostering entrepreneurship in the DRC by encouraging innovation across several sectors of the economy.

Inspector Jules Alingeti for his relentless efforts against those who would exploit public finances and leading the fight against corruption.

His Excellency Patrick Muyaya, Communication and Media Minister, for the new country communication strategy organized with brilliance, which allows the development of a new narrativeand a fresh look at the DRC.

The Governor of the Central Bank of Congo for the work done recently in respect of the norms and ensuring a good control of the Congolese currency, which reassures investors. 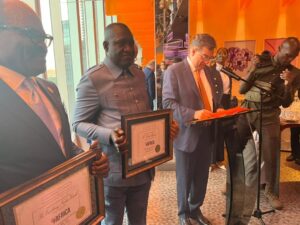 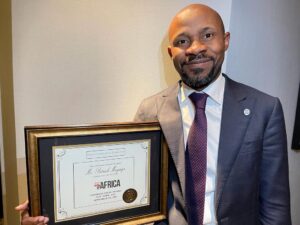 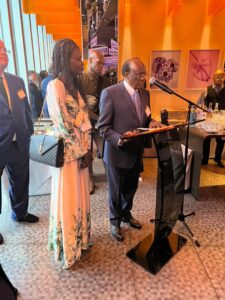 The Latest News from The Godsquad