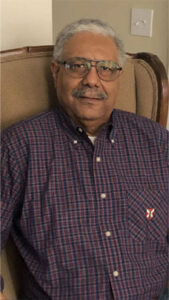 A trilogy of historical fiction that examines the United States before, during, and after the Civil War, through the eyes of the whites, the black-slaves, and Indians, provides fascinating insight into the soul of 19th century America that has relevance today.

“The novels comprising my 19th century “Trilogy”, are intended to inform through entertainment,” says author Marvin V. Blake. “While many of the characters are real, the history is pure, and the ideas behind the story are very real and important. People need to see what slavery was really like, through the eyes of those who were slaves.”

The series examines three co-existing 19th-century American cultures – the defeatist South’s response to the post-Civil War era of reconstruction, the former Black slaves who are attempting to adjust to life as freedmen, and the noble nomadichunter-gatherer society of the Plains Indians fighting to defend and to maintain their way of life.

“I have all of my adult life, served and loved this country,” says Blake, a US Navy veteran. “I think it is important that readers learn about our nation’s history, especially what it was like a century-and-a-half ago when the country was ripped apart by a civil war, slavery, and the United States’ 19th century policies towards Indians…Native Americans.”

About Marvin V. Blake
Following his graduation from Baltimore’s Southern – High School, he enlisted in the U.S. Navy. During his more than six years of active duty, in the Navy, Marvin attended and graduated from the US Navy’s Hospital Corps School, and the US Navy School of Medical Technology.
Following his discharge from the Navy, he earned his undergraduate Degree from Long Island University, and his graduate Degree from New York’s New School University. His long professional career was spent as a senior hospital administrator of several prestigious teaching medical centers in NYC and Nassau County. He also taught Immunohematology, as an Adjunct Professor of Biology in the City of New York (CUNY), college system. In 2002, after 9/11, Marvin decided to once again serve his country. He sought and took the position of Administrative Officer, Dept of Pathology, and Laboratory Medicine for the New York and the Brooklyn VA Medical Centers. For more info, see www.booksbymarvinblake.com.

About The Books
The first book, why: A Novel, provides a gripping and potent tale of choice, racism, and equality.
The story revolves around two young sisters – one a black-slave, the other, a white owner of slaves; Both girls are fathered by the same white-man – the rich, white plantation owner. Despite their not knowing that they are sisters; despite antebellum Southern law, despite seemingly unsurmountable societal barriers; the girls forge an unshakeable-bond. A bond that sustains them—when together, as young teens—are captured and enslaved by Comanche Indians. A bond that they need to survive, and to ultimately each, gain their freedom.

The second book, E. Pluribus Unum: From Many, One, is a spellbinding story of love and loss, oppression, and freedom in the lives of men and women fighting for the survival of a young nation. It is about two people – one is a slave boy and the other a white woman slave owner – whose preordained statuses in life were at diametrically opposite ends of the South’s Antebellum society. Two people with absolutely nothing in common now had lives that were inexorably linked.

Precious (In His Sight), the third book, tells of the myriad 19thcentury life-altering US government-sanctioned and implemented changes that followed the Civil War’s conclusion,
Adjustments, programs, implemented…mistakes made. One step forward, two steps back. Progress achieved,

The interactions between cultures shaping the ‘Re-United States of America, through the eyes…and the lives of the heterogeneous peoples…Red; Brown; Yellow; Black and White,all essential members…of the American-People

Previous Post: « Forbes Best of Africa Awards Honors the Role of Leading Individuals from the Democratic Republic of Congo in contributing to the growth of Africa
Next Post: What Does Peace Mean to Marvin Blake?