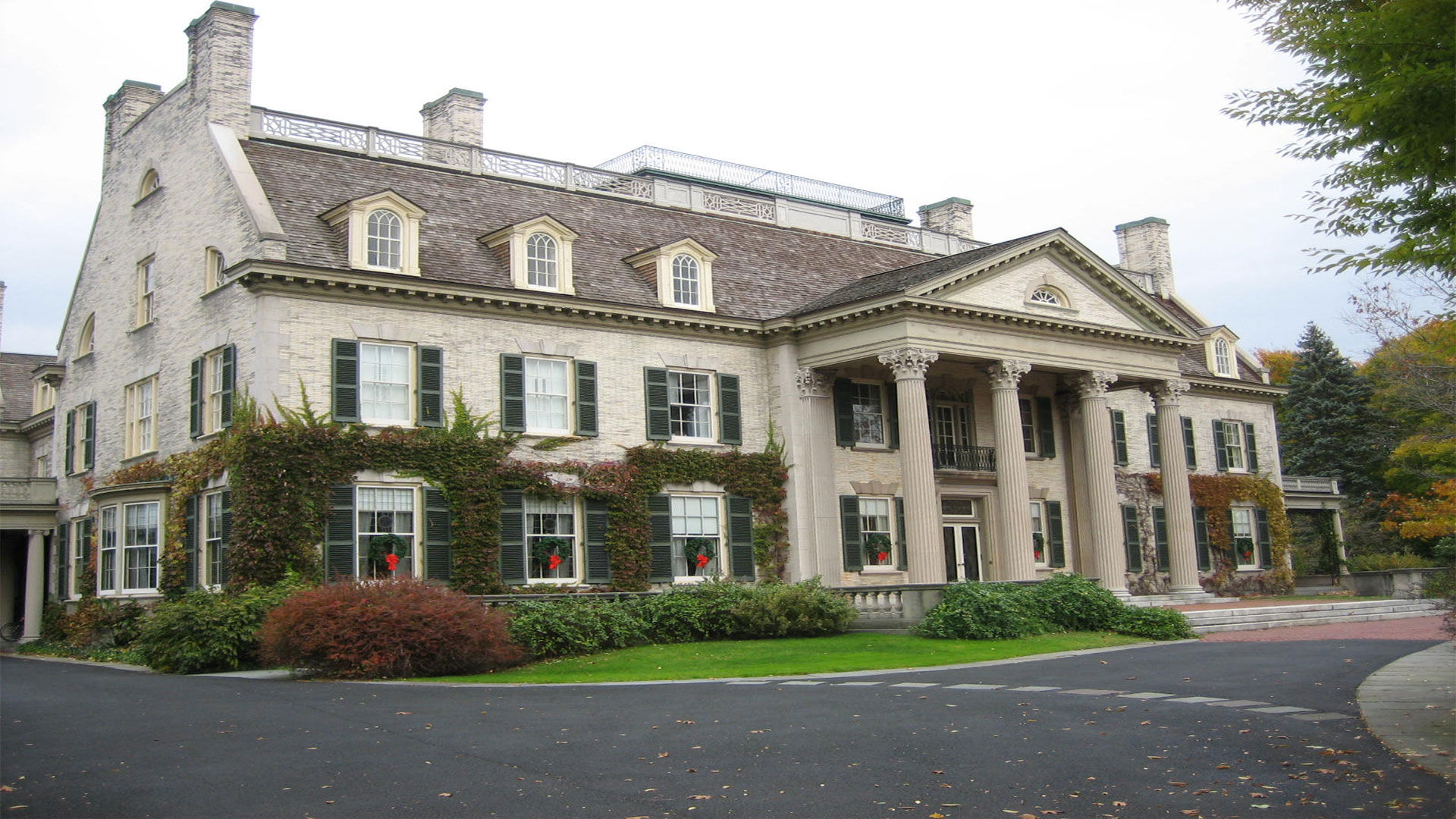 World-renowned for its photograph and motion picture archives, the Museum is also a leader in film preservation and photograph conservation, educating the top archivists and conservators from around the world.

Mr. Eastman (1854–1932) built his home at 900 East Avenue between 1902 and 1905. He created a unique urban estate complete with 10.5 acres of working farm land, formal gardens, greenhouses, stables, barns, pastures, and a 35,000-square-foot, 50-room Colonial Revival mansion with a fireproof structure made of reinforced concrete.

Mr. Eastman’s house presented a classical facade of decorative craftsmanship. Beneath this exterior were such modern conveniences as an electrical generator, an internal telephone system with 21 stations, a built-in vacuum cleaning system, a central clock network, an elevator, and a great pipe organ, which made the home itself an instrument, a center of the city’s rich musical life from 1905 until Eastman’s death in 1932.

Mr. Eastman’s will bequeathed his estate to the University of Rochester for 10 years. His close friend Rush Rhees, then president of the university, resided here until 1935, succeeded by the Valentine family. Following World War II, the university transferred the estate to a board of trustees, which formed to establish a museum of photography, attracting precious artifacts from around the world to a center of study, care, and exhibition.

The George Eastman House Museum of Photography was chartered in 1947. Today the Museum’s full name is George Eastman House International Museum of Photography and Film. The Museum’s mission from the outset was to collect, preserve, and present the history of photography and film. The Museum opened its doors to a diverse public audience in 1949, displaying its core collections in the former public rooms of Eastman’s house.

The Museum’s original collections–including the Medicus collection of Civil War photographs by Alexander Gardner, Eastman Kodak Company’s historical collection, and the invaluable, massive Gabriel Cromer collection from France–attracted significant additions over the next 40 years. Entire archives, corporate collections, and artists’ lifetime portfolios have been donated to the Eastman House, as well as a staggering assemblage of rare motion pictures and ephemera.

By 1984, the Museum’s holdings were considered among the world’s finest. However, with the collections growing at a rapid pace, the Museum increasingly suffered from its own success. With an increasing number of materials to store, protect, and study, space and financing became critical.

Between 1985 and 1988, more than $30 million was raised for capital improvement and collections care. Eastman Kodak Company led the way, challenging the public with an endowment gift worth more than $17 million. Public contributions of $12.5 million provided for the construction of a state-of-the-art archives building, including a study center and exhibition galleries. The archives building is 73,000 square feet of climate- controlled vault, archival, research, and gallery space, much of it built below ground, with restored historic gardens above.

For the first time in its history, the Museum had attained physical and financial security for its precious materials and the ability to offer unlimited access for a range of audiences. The new facility opened to the public in January 1989, and now houses more than 400,000 photographs and negatives; 28,000 films and more than 4 million film stills; 53,000 publications; and more than 25,000 pieces of technology.

Also as part of the capital improvements, nearly $2 million was devoted to an exacting restoration of Mr. Eastman’s house and grounds. Using vintage photographs and other historical evidence, more than 85 percent of the original furnishings and virtually all of the complex decorative interior were returned or restored during the three-year process. Reopened to the public in January 1990, the Eastman House is a biographical treatment of Eastman’s estate as a reflection of his unique life. Four of Mr. Eastman’s formal gardens have been restored, and the remaining areas of the grounds will be restored or adapted to Museum’s needs.

Other museum programs and facilities were significantly improved during this period. Second floor galleries in the mansion document Mr. Eastman’s life and times; the Discovery Room, a popular hands-on education department program, enjoys expanded facilities in a wing of the second floor; a lecture hall has been renovated as a multimedia theater in memory of General Edward Peck Curtis; and the Dryden Theatre, a motion-picture venue with 535 seats, was renovated in order to continue its tradition of film exhibition, specializing in restored film classics.