You are here: Home / Military / GETTING IN SHAPE FOR NEW YEAR BY TRAINING LIKE A SOLDIER Learn Life Changing Benefits of Army Reserve’s Holistic Health Plan

Listen to “GETTING IN SHAPE FOR NEW YEAR BY TRAINING LIKE A SOLDIER Learn Life Changing Benefits of Army Reserve’s Holistic Health Plan” on Spreaker. 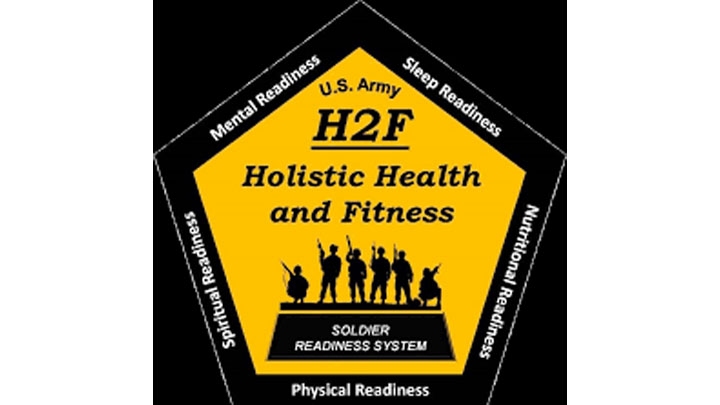 As the new year gets underway, Americans are setting new health and fitness goals for themselves and their families. To help stick to these goals throughout the year, everyone may want to take lessons from the best. The Army Reserve is taking health and fitness to a new level – combining a new challenge called the Double Eagle Fitness Challenge along with their Holistic Health and Fitness System (H2F).

The H2F System is an Army-wide program used to improve and prepare Soldiers for the increasingly challenging environments and adversaries they face in this modern era. It includes five disciplines of physical and non-physical readiness such as:

The new system is designed to bring a cultural change to Soldiers’ perceptions of training for the demands of close combat while building agile, adaptable, and fit troops. Army Reserve Soldiers in various locations, with varying schedules, use the program’s templates as guideposts for their progression of Soldier Readiness.

The program also provides education, coaching, mentoring, messaging, and outreach to improve, restore and maintain the readiness, resilience, and performance of the Total Army.
Learning more about this top-notch health and fitness program can also equip average Americans with the skills to be their best in the new year.

On Friday, January 28th, join Sergeant Major Robert M. Setter, who developed the Double Eagle Fitness Challenge. He’ll discuss the importance of fitness training for Soldiers and how everyday Americans can gain an advantage in their own health and fitness programs by learning about the Army Reserve approach.
What can you tell us about the Army Reserve’s new health and fitness system and why it’s being introduced now?
Can you provide details about the H2F system?
How can Americans learn from these programs to improve their health and fitness?
What are the main goals the U.S. Army Reserve hopes to achieve with the H-2-F system and where can everyone learn more about it?

Thought of the Day…02/11/22
Next Post: National Cancer Institute Researcher — Exciting Finding in Fight Against Breast Cancer (And Potentially Others)