Listen to “National Cancer Institute Researcher — Exciting Finding in Fight Against Breast Cancer (And Potentially Others)” on Spreaker. 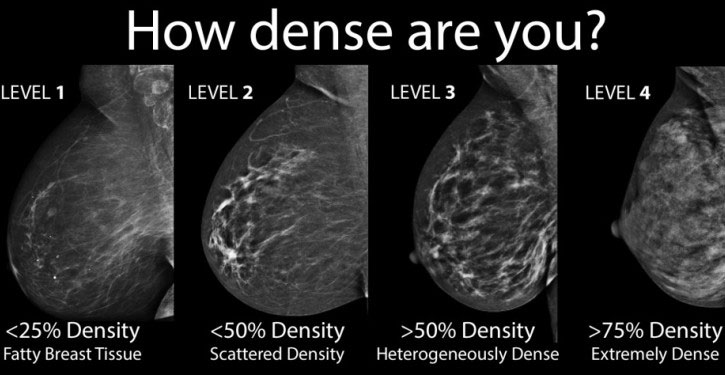 Dr. Rosenberg, M.D., Ph.D., chief of the Surgery Branch in NCI’s Center for Cancer Research is one of our nation’s leading pioneers on immunotherapy — harnessing the power of a patient’s own immune syste

An experimental form of immunotherapy that uses an individual’s own tumor-fighting immune cells could potentially be used to treat people with metastatic breast cancer, according to results from an ongoing clinical trial led by researchers at the National Cancer Institute’s (NCI) Center for Cancer Research, part of the National Institutes of Health. Many people with metastatic breast cancer can mount an immune reaction against their tumors, the study found, a prerequisite for this type of immunotherapy, which relies on what are called tumor-infiltrating lymphocytes (TILs).

In a clinical trial of 42 women with metastatic breast cancer, 28 (or 67%) generated an immune reaction against their cancer. The approach was used to treat six women, half of whom experienced measurable tumor shrinkage. Results from the trial appeared Feb. 1, 2022, in the Journal of Clinical Oncology.

“It’s popular dogma that hormone receptor–positive breast cancers are not capable of provoking an immune response and are not susceptible to immunotherapy,” said study leader Steven A. Rosenberg, M.D., Ph.D., chief of the Surgery Branch in NCI’s Center for Cancer Research. “The findings suggest that this form of immunotherapy can be used to treat some people with metastatic breast cancer who have exhausted all other treatment options.”

Immunotherapy is a treatment that helps a person’s own immune system fight cancer. However, most available immunotherapies, such as immune checkpoint inhibitors, have shown limited effectiveness against hormone receptor–positive breast cancers, which are the majority of breast cancers.

The immunotherapy approach used in the trial was pioneered in the late 1980s by Dr. Rosenberg and his colleagues at NCI. It relies on TILs, T cells that are found in and around the tumor.

TILs can target tumor cells that have specific proteins on their surface, called neoantigens, that the immune cells recognize. Neoantigens are produced when mutations occur in tumor DNA. Other forms of immunotherapy have been found to be effective in treating cancers, such as melanoma, that have many mutations, and therefore many neoantigens. Its effectiveness in cancers that have fewer neoantigens, such as breast cancer, however, has been less clear.

The results of the new study come from an ongoing phase 2 clinical trial being carried out by Dr. Rosenberg and his colleagues. This trial was designed to see if the immunotherapy approach could lead to tumor regressions in people with metastatic epithelial cancers, including breast cancer. In 2018, the researchers showed that one woman with metastatic breast cancer who was treated in this trial had complete tumor shrinkage, known as a complete response.

In the trial, the researchers used whole-genome sequencing to identify mutations in tumor samples from 42 women with metastatic breast cancer whose cancers had progressed despite all other treatments. The researchers then isolated TILs from the tumor samples and, in lab tests, tested their reactivity against neoantigens produced by the different mutations in the tumor.

Twenty-eight women had TILs that recognized at least one neoantigen. Nearly all the neoantigens identified were unique to each patient.

“It’s fascinating that the Achilles’ heel of these cancers can potentially be the very gene mutations that caused the cancer,” said Dr. Rosenberg. “Since that 2018 study, we now have information on 42 patients, showing that the majority give rise to immune reactions.”

For the six women treated, the researchers took the reactive TILs and grew them to large numbers in the lab. They then returned the immune cells to each patient via intravenous infusion. All the patients were also given four doses of the immune checkpoint inhibitor pembrolizumab (Keytruda) before the infusion to prevent the newly introduced T cells from becoming inactivated.

After the treatment, tumors shrank in three of the six women. One is the original woman reported in the 2018 study, who remains cancer free to this day. The other two women had tumor shrinkage of 52% and 69% after six months and 10 months, respectively. However, some disease returned and was surgically removed. Those women now have no evidence of cancer approximately five years and 3.5 years, respectively, after their TIL treatment.

The researchers acknowledged that the use of pembrolizumab, which has been approved for some early-stage breast cancers, may raise uncertainties about its influence on the outcome of TIL therapy. However, they said, treatment with such checkpoint inhibitors alone has not led to sustained tumor shrinkage in people with hormone receptor–positive metastatic breast cancer.

Dr. Rosenberg said that with the anticipated opening early this year of NCI’s new building devoted to cell-based therapies, he and his colleagues can begin treating more individuals with metastatic breast cancer as part of the ongoing clinical trial. He noted that this new immunotherapy approach could potentially be used for people with other types of cancer as well.

“We’re using a patient’s own lymphocytes as a drug to treat the cancer by targeting the unique mutations in that cancer,” he said. “This is a highly personalized treatment.”

About the National Cancer Institute (NCI): NCI leads the National Cancer Program and NIH’s efforts to dramatically reduce the prevalence of cancer and improve the lives of cancer patients and their families, through research into prevention and cancer biology, the development of new interventions, and the training and mentoring of new researchers. For more information about cancer, please visit the NCI website at cancer.gov or call NCI’s contact center, the Cancer Information Service, at 1-800-4-CANCER (1-800-422-6237).

About the National Institutes of Health (NIH): NIH, the nation’s medical research agency, includes 27 Institutes and Centers and is a component of the U.S. Department of Health and Human Services. NIH is the primary federal agency conducting and supporting basic, clinical, and translational medical research, and is investigating the causes, treatments, and cures for both common and rare diseases. For more information about NIH and its programs, visit nih.gov

GETTING IN SHAPE FOR NEW YEAR BY TRAINING LIKE A SOLDIER Learn Life Changing Benefits of Army Reserve’s Holistic Health Plan
Next Post: Thought for the Day…02/12/22