You are here: Home / Arts & Leisure / “Ginger Girls” – The Secret Lives of Redheads 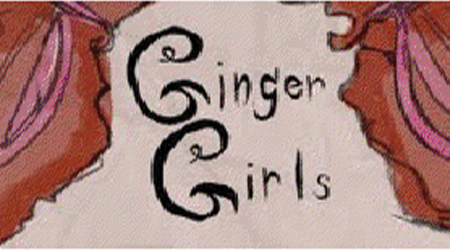 with a huge party, fashion show and screening debut of the film trailer at DYLAN’S CANDY BAR® (http://www.dylanscandybar.com/)

were her co-promotional partners: Adrienne and Stephanie Vendetti, the co-        founders of HOW TO BE A REDHEAD  (http://www.Howtobearedhead.com;

Bill Plympton, (www.plymptoons.com) the star of Alexia‘s documentary,     “ADVENTURES IN PLYMPTOONS!” with his wife Sandrine

On the runway, the beautiful, natural, redheaded models:

Jessica Sherr, actress and star of her one-woman show

ALEXIA ANASTASIO, Filmmaker: “GINGER GIRLS” – THE SECRET LIVES OF REDHEADS stated she: “envisions this to be an important trans-media film for everyone, who is a redhead or, has a redhead in the family or, ever had a crush on a natural redhead or, knows a redhead.  So take a stand for growing up as a Ginger Girl and empower that term!”

Alexia, a natural redhead has begun traveling the world, for one year, to interview 500 Ginger Girls, with natural hair, and asking them these questions:  “What is the secret life of Ginger Girls?  “Is there something that we all have, that sets us apart from the pack?  Alexia’s film will feature those interviews, original songs, live action historical re-enactments, animated segments, a photo book with testimonial quotes, an art show, plus some of her mixed media paintings.

Documentaries: Director of the upcoming film, “GINGER GIRLS” – THE SECRET LIVES OF REDHEADS.  Watch for the Kickstarter Campaign.

Filmmaker: “ADVENTURES IN PLYMPTOONS!” Premiere March 8th.  A documentary on the life of 2-time Oscar® nominated, the legendary multi-award winning animator, Bill Plympton.  Currently on a worldwide FF tour and the AIP won the “10 Degrees Hotter” Award: 11th Annual Valley Film Festival, Nov11-13, 2011 www.valleyfilmfest.com.  Alexia interviewed over a 100 celebs and family members on Bill Plympton’s unique, quirky, geeky lifestyle and work.  “Adventures in Plymptoons!” had a successful Kickstarter campaign and received a grant from the Tribeca Film Institute.  “Beyond the Noise, My Transcendental Meditation Journey.”  (Alexia co-produced and shot an interview with filmmaker David Lynch.)

Previous Post: « Olivia Manning, mother of NFL PROS provides tips on how to get the most out of Football Season
Next Post: Amateur Night at the Apollo Theater »