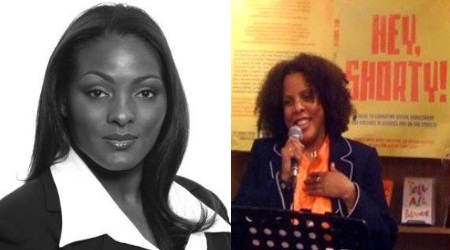 Celebrate International Women’s Day and the 40th Anniversary of Title IX by joining our discussion on the ways sport can improve women’s lives.

Share your experiences and opinions on sports education and discuss the great achievements and barriers for women in sports across America.

The panel and discussion will be followed by a light reception.

This event is co-produced in partnership with New York Liberty.

Kym Hampton completed a 15 year professional basketball career not only in the WNBA, but Spain, Italy, France and Japan. The multi-talented Ms. Hampton currently works in community relations for WNBA team the New York Liberty. She also serves as an ambassador for the WNBA, NBA, and New York Knicks. During Kym’s 12th season in Europe, the WNBA was formed. Ms. Hampton was drafted as the 4th pick in the first round by the New York Liberty and voted starting center in the WNBA’s inaugural All-Star game. During Kym’s three year tenure, she started every game for the Liberty until a knee injury curtailed her career.

Joanne N. Smith is Founder and Executive Director of Girls for Gender Equity (GGE) tasked with bringing it closer to its mission through strategic planning, development, and leadership cultivation. A Haitian-American Social Worker, Smith founded GGE in 2001 with the support of the Open Society Institute to end gender-based violence and promote gender, race and class equality. Read more.

Sue Hovey is the Vice President and editor-at-large for espnW.