You are here: Home / All We Need Is Love / Children and Parents / Ladybug Girl and the Bug Squad Selected as Official Book for Jumpstart’s Read for the Record 2012 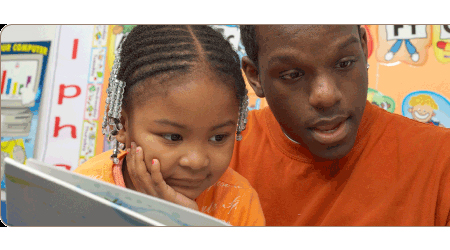 Jumpstart and the Pearson Foundation today announced that Penguin’s Ladybug Girl and the Bug Squad, by David Soman and Jacky Davis, has been selected as the official book of Jumpstart’s Read for the Record campaign in 2012. Jumpstart’s Read for the Record is an annual reading celebration that highlights the need for quality early education in America by mobilizing adults and children to set a record for the largest shared reading experience. Jacky Davis and David Soman are a husband and wife creative team. The characters in the New York Times-bestselling Ladybug Girl books are inspired by the authors’ own children, Lucy and Sam.

For the first time this year, Jumpstart’s Read for the Record will take place over a full week—September 27 through to the record setting day on October 4—giving record breakers across the country even more opportunity to read and to support Jumpstart’s mission to work toward the day every child in America enters school prepared to succeed. Again this year, record breakers will also be able to take part by reading the book for free at We Give Books (www.wegivebooks.org), the free digital reading initiative created by Penguin and the Pearson Foundation.

Research shows that one in three children enters school without the skills he or she needs to be successful. Further, children in low-income neighborhoods start kindergarten 60% behind their peers from more affluent communities. Since 2006, Jumpstart’s Read for the Record has raised awareness of America’s achievement gap and enlisted citizens to be a voice for these children by participating in the campaign. In 2011, more than 2.2 million people took part in the movement.

Since the campaign’s inception in 2006, more than seven million people have joined local Jumpstart’s Read for the Record reading celebrations; Jumpstart has raised more than $7 million to support its year-round work in preschools in low-income neighborhoods; and the Pearson Foundation has donated nearly one million books to local schools, libraries, and community organizations in conjunction with the annual campaign.

”Jumpstart’s Read for the Record is a call to action to Americans to recognize the importance of quality early education, especially for our most vulnerable children,” said Jumpstart’s president and CEO, Naila Bolus. “When children start behind, they tend to stay behind. The language and literacy skills instilled in preschool children by the Jumpstart program help set them on a successful path in both school and life.”

“The Pearson Foundation is a proud founding partner of Jumpstart’s Read for the Record,” said Mark Nieker, President and CEO, Pearson Foundation. “With Penguin, we are looking forward to our seventh year of supporting and promoting Jumpstart’s mission through this vital campaign. We’re especially excited to be able to extend our national record-breaking effort beyond a single day, and in so doing to be able to shine an even bigger spotlight on Jumpstart’s essential work in classrooms year-round.”

To learn more about supporting Jumpstart and participating in Jumpstart’s Read for the Record, visit http://www.jstart.org.

About Jumpstart Jumpstart is a national early education organization working toward the day every child in America enters school prepared to succeed. Jumpstart delivers a research-based and cost-effective program by training college students and community volunteers to serve preschool-age children in low-income neighborhoods. Through a proven curriculum, these children develop the language and literacy skills they need to be ready for school, setting them on a path for lifelong success. Jumpstart is a proud member of the AmeriCorps national service network. Learn more at www.jstart.org.

About the Pearson Foundation

The Pearson Foundation is an independent 501(c)(3) nonprofit organization that aims to make a difference by promoting literacy, learning and great teaching. The Pearson Foundation collaborates with leading businesses, nonprofits and education experts to share good practice; foster innovation; and find workable solutions to the educational disadvantages facing young people and adults across the globe. More information on the Pearson Foundation can be found at www.pearsonfoundation.org

Penguin Young Readers Group is part of Penguin Group (USA), one of the leading U.S. adult and children’s trade book publishers, and a member of the internationally renowned Penguin Group.